The 96-apartment project is planned for a 1400sq m site on the corner of Fern Street and Old Burleigh Road, one block back from the beach.

For Leith Group, headed up by Michael Devin, the development marks the developer’s first project in Queensland after ​​delivering a number of multi-residential projects across Sydney, primarily north of the CBD on the North Shore.

The project is on the southern edge of Garfield Terrace, one of the most sought-after locations on the Gold Coast—a battle ground for site acquisitions and awash with high-rise development project applications.

The surge of proposals follows a $150-million sand grab along the Northcliffe Terrace-Garfield Terrace stretch between Surfers Paradise and Broadbeach. 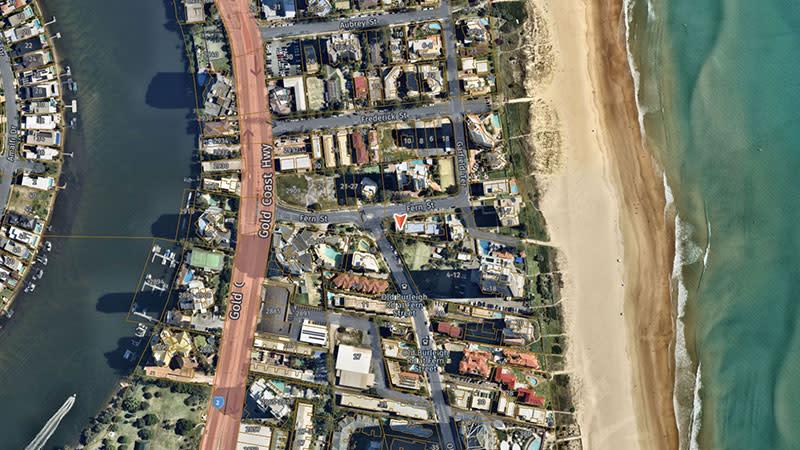 ▲ The Surfers Paradise beachfront lies approximately 100m to the east of the subject site. Image: Nearmap

The developer’s Plus Architecture-designed development will be targeted at the local owner-occupier market.

It will feature seven one-, 70 two- and 16 three-bedroom apartments and will be topped with three two-storey penthouses.

The first level of the penthouse, level 26, will comprise two bedrooms, both with walk-in robes and ensuites, as well as an open-plan kitchen, dining and living areas which will open to an outdoor terrace that overlooks Fern Street.

The second level of the penthouses, level 27, will include a large balcony that includes a plunge pool and a barbeque area.

The building’s recreation facilities are planned for level 10 and 11 and will include a communal pool, yoga terrace, gym, sauna, barbeque and dining area as well as work-from-home facilities and office space.

It will be built above three levels of basement parking for 111 cars with the building’s ground floor featuring a main lobby, two three-bedroom townhouses, each with their own plunge pool; and a residents’ dog park.

Earlier this week, Brisbane-based developer Siera Group reaffirmed its commitment to the Gold Coast, lodging plans for its second project in recent months, a 25-storey project across a 950sq m site at 8 Enderley Avenue. 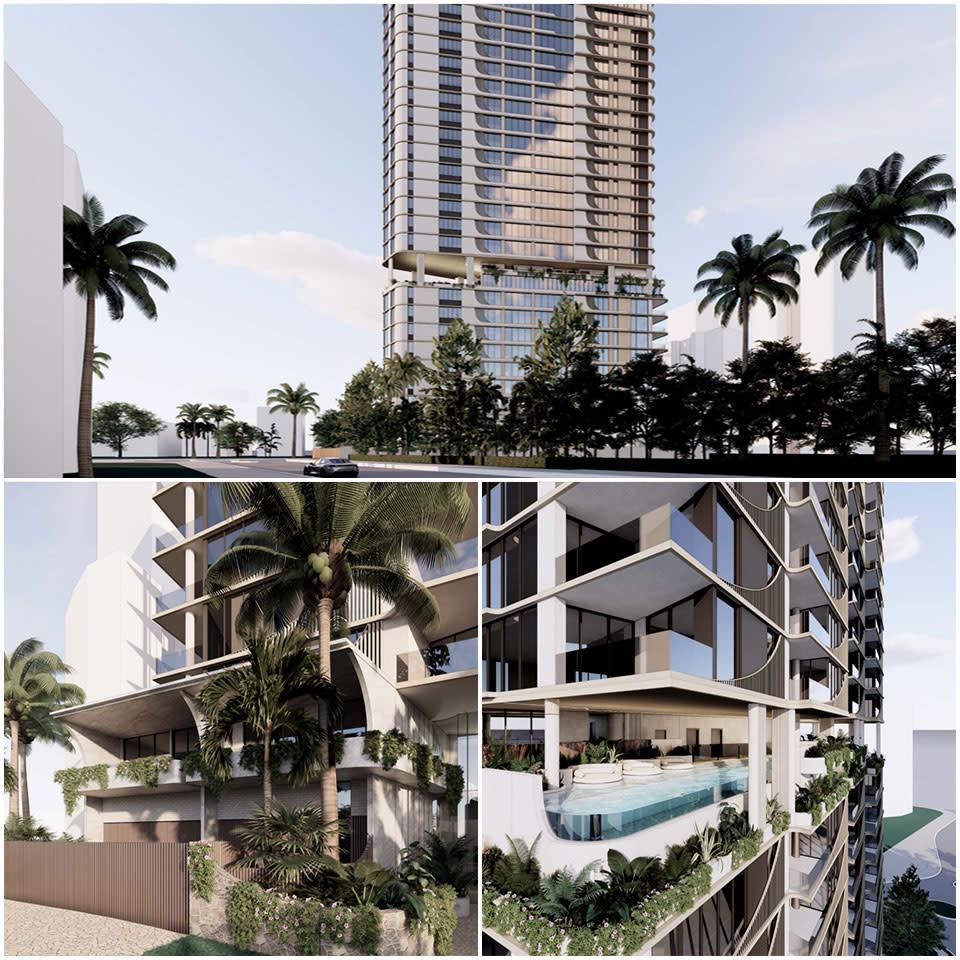 ▲ The Surfers Paradise beachfront is about 100m from the site. Image: Plus Architecture

Meanwhile, Melbourne developer Central Equity has unveiled plans for a 56-storey apartment tower after amalgamating 19 titles to create a 3259sq m block on the corner of Garfield Terrace and Frederick Street.

Sydney developer Sammut Group, in partnership with Alceon, is also advanced on a $200-million, 35-storey tower with 49 apartments on the site of the ageing 10-storey Garfield on the Beach at 43 Garfield Terrace.

Further south at Broadbeach, Iris Capital has recently been given the green light to build a $800-million project comprising 400 apartments over two towers of 40 and 56 storeys on the site of the Niecon Plaza.

Broadbeach is now among the Gold Coast’s biggest development hot spots, led by the $2-billion masterplan for The Star Gold Coast casino site and the $670-million expansion of Pacific Fair.

Sydney developer Macquarie Developments Group paid about $4.5 million for a 1200sq m corner block at 15 Rosewood Avenue, which sold with a permit for 186 apartments over 39 levels.