Sydney-based Iris Capital is diving in deep to the booming Gold Coast development market with an $800-million, two-tower project at Broadbeach.

It has unveiled plans for the massive mixed-use redevelopment of the landmark Niecon Plaza site, which it acquired from the family of the late seafood king George Raptis for $58.5 million earlier this year.

The transformation of the large holding, with frontages to Victoria and Albert avenues, in the heart of Broadbeach is the biggest development in the suburb since the Nikiforides family—the original developers of Niecon Plaza—completed The Oracle more than a decade ago.

Iris Capital purchased the site spanning five titles with an existing development approval in place that was granted to the previous owner in 2015. It recently successfully applied for a four-year extension of the approval.

To be known as Victoria & Albert Broadbeach, the project will comprise a total of 333 apartments across its 30-level and 40-level towers, both topped with two sub-penthouses and a penthouse. 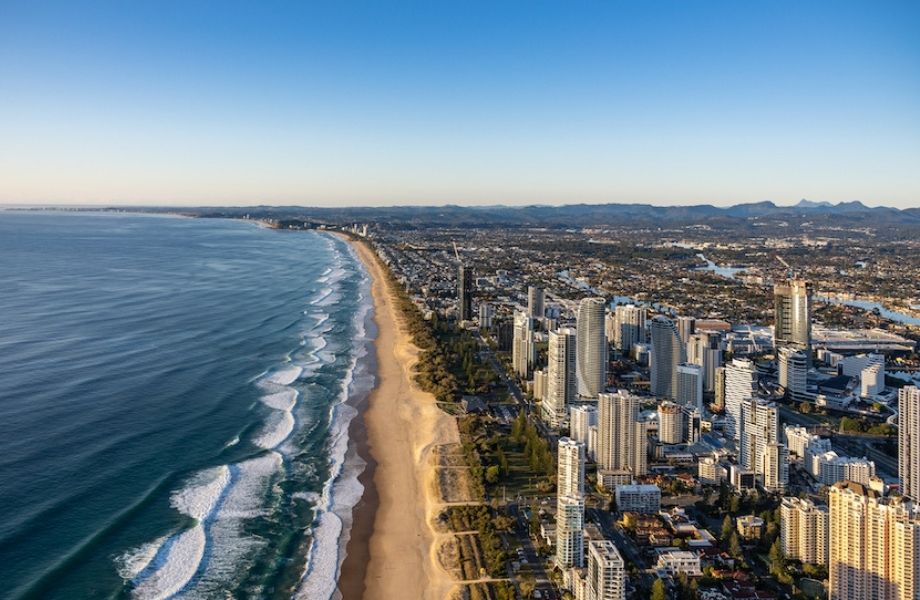 ▲ No brainer: Iris Capital identified Broadbeach on the Gold Coast as the prime site for its first project outside NSW.

“The opportunity to purchase the Broadbeach site was not taken lightly and is in line with what we have been looking for—a multi-faceted, mixed-use project with ground-floor activation that complements the vertical village we are proposing,” he said.

“In my opinion, this is the best site in Broadbeach to deliver a landmark transformative precinct that will be well received by the end-user market and become an important legacy project for the Gold Coast.”

Arnaout said Iris Capital had been looking to expand its operations outside NSW for some time, initially exploring a move into Victoria.

“However, the way the market is heading and how buyers have responded to south-east Queensland has definitely driven our decision to expand further north as opposed to Victoria,” he said.

“The onslaught of investment and migration into south-east Queensland, the prospect of the Olympics in 2032 and regional growth over the next decade have certainly changed our strategic focus. For us, it’s a no brainer.”