Just when the Gold Coast thought it was shaking off its boom-bust reputation, a pending shift in the planning foundations on which the city is built threaten to burst a seemingly bulletproof development bubble.

Fearing the worst, developers are now rushing to lodge plans in a bid to futureproof their pipelines from the constraints of looming planning scheme amendments.

Development industry experts are warning the changes pose a serious threat to residential project viability—particularly tower developments—and supply in the city that’s famed for its skyline of skyscrapers.

Seeking approval of the controversial amendments, the Gold Coast City Council sent the proposed changes to the Queensland government in late December. It is currently waiting for them to be assessed and for the minister to sign off on them.

“Every developer is scrambling to lodge DAs, as are we,” says one of the city’s most prolific high-rise developers, Morris Property Group director Barry Morris.

“So, on the Gold Coast, it’s just all about getting your DAs in at the moment.”

Morris says he is trying to push through five or six development applications for high-rise sites between Broadbeach and Burleigh Heads in anticipation of the planning changes.

“We’ve got one running at the moment, we’re about to lodge another one this week and another one next week.” 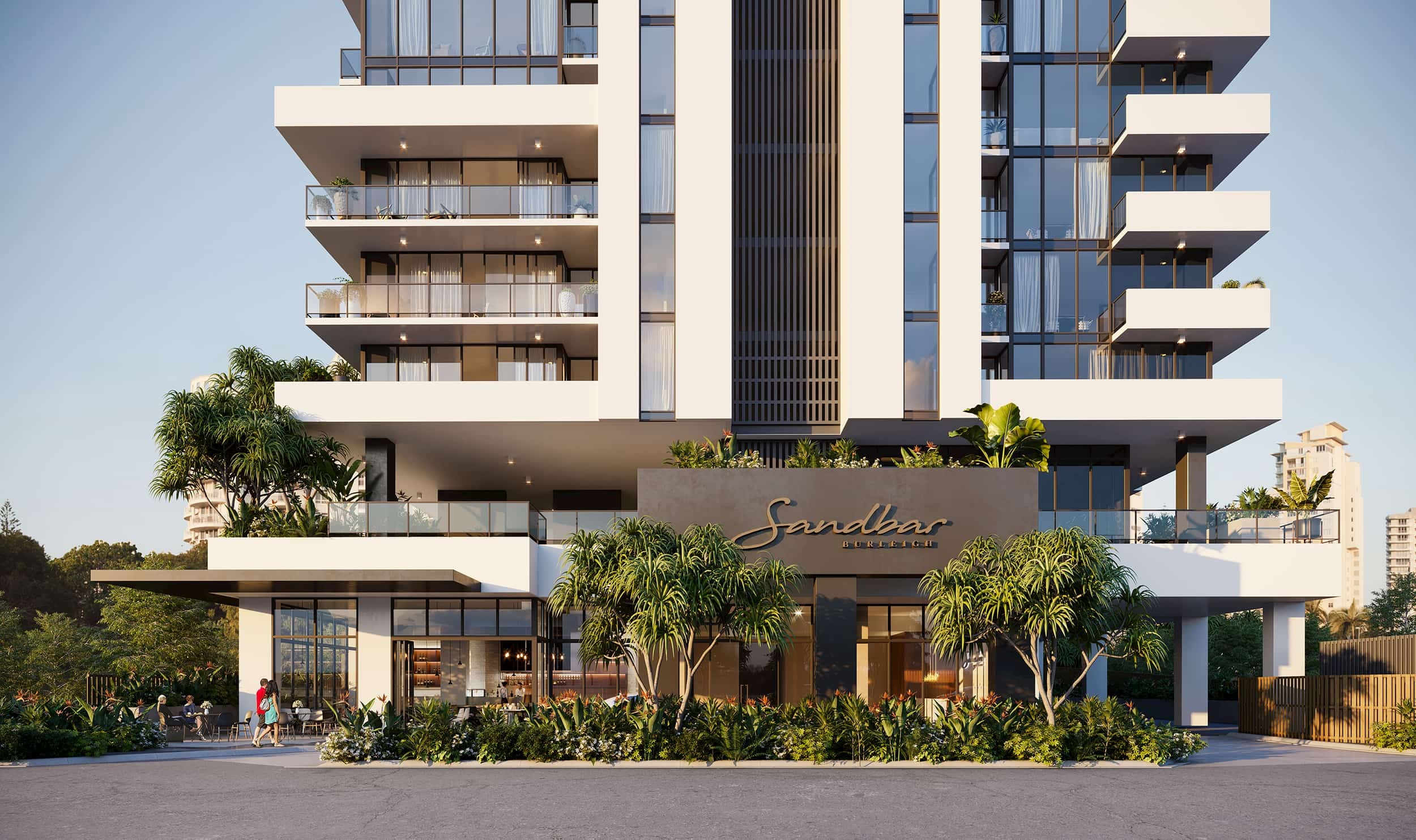 ▲ The Morris Propety Group’s Sandbar at Burleigh is under construction.

He says the proposed amendments reflect a major shift in the council’s planning strategy and, if adopted, will significantly impact the Gold Coast’s development landscape and the growth of the city as a whole.

“They will have the greatest detrimental impact on the provision of housing in the city … [where] previous amendments have been the opposite, they’ve promoted more development and actually enhanced housing.

“It doesn’t quite make sense and it would seem to be counterproductive to what the Gold Coast needs right now.

“As we all know there’s more people moving to the city—because of the Covid effect, people are wanting to move out of the big cities and are gravitating towards the beachside lifestyle.

“And, yet, here are amendments where it would appear the outcome is less housing.

“It’s quite obvious that any policy that results in a reduction of the future available stock would seem to be ill-founded.

“So, I just don’t get it—it’s crazy, ridiculous really.”

Morris is not alone.

With the population of the Gold Coast forecast to grow by 55 per cent to 928,000 people by 2041, the local development industry is collectively shaking its head.

He says the council also has chosen to ignore warnings from its own independently commissioned town planning report. 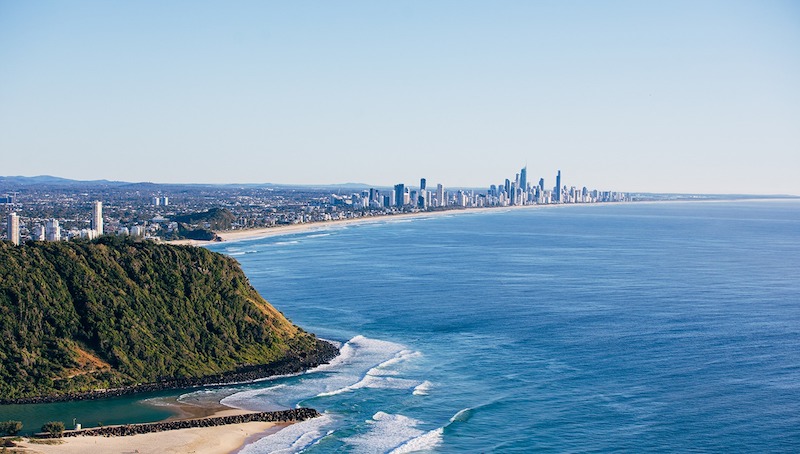 “The combined effect of the proposed amendments is to put, overall, more pressure on development feasibility, which already relies heavily on performance outcomes and at a time when the apartment market is already sensitive to economic conditions,” the report says.

It also concludes the changes will effectively reduce yields having an adverse impact on project viability, resulting in land in high density areas of the city being “effectively sterilised for further development” due to the greater setback and lot amalgamation requirements.

Additionally, the council’s scenario testing of the amendments on 38 approved developments—including some significant residential towers—in the city indicated 34 per cent of them would not be given the green light under the proposed changes.

Kollosche Commercial sales specialist Adam Grbcic said the mooted changes could have a “disastrous impact” on the market, severely limiting the viability of properties as development sites.

“Unfortunately, development opportunities would be lost because developments cannot stack up under the plans to increase setbacks by between 25 and 30 per cent,” he says.

“Some motel owners along the city’s coastal strip have attempted to turn to development to take advantage of the booming market.

“But these changes would undoubtedly make it much more difficult for developers to deliver new housing or low- to mid-rise unit developments in these precincts on smaller land blocks between 405sq m and 650sq m.”

Ransom says amendments 2 and 3 to the 2016 Gold Coast City Plan are “going in the wrong direction because they are winding back development yield in the parts of the city where people want to live”.

“What the amendments are about, generally, is trying to put the genie back in the bottle.

“It’s directly related to the community putting pressure on elected representatives about not wanting towers, even if they live in towers themselves, and it will have consequences.” 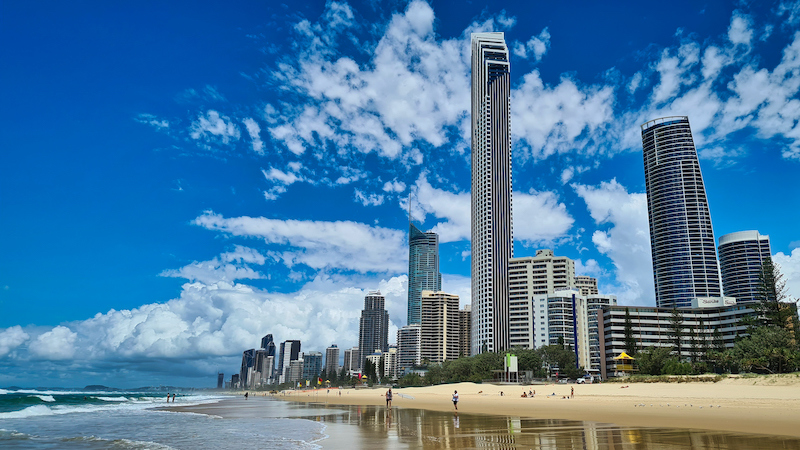 ▲ The amendments would mean thousands of less homes being developed on the Gold Coast, developers say.

In a submission to Queensland deputy premier and state development, infrastructure, local government and planning minister Steven Miles, Ransom estimates that if the changes are signed off, there will be thousands less homes developed between Main Beach and Coolangatta over coming years.

“The cumulative impact of the proposed changes is that they will result in a significant decrease in the supply of new apartment dwellings … at a time when there is unprecedented demand for new dwellings in the city, and a severe shortage of rental properties to accommodate population growth,” he says.

By his calculations, the potential future housing supply reductions will include the loss of 1100 homes at Chevron Island due to a decrease in the existing unlimited building heights down to 10 storeys. More than 200 homes each at Main Beach and Sovereign Islands through downzoning as well as reduced building heights and residential densities about 1000 homes from the introduction of the low-to-medium residential zone removing the ability to obtain a fourth floor within the current 15m building height.

Ransom forecasts at least 400 fewer homes at Palm Beach will be developed as a result of building height and residential density reductions, and 10,000 homes due to increased setbacks for residential towers along the coastal strip.

“The big concern with all that is if you’re planning on having less dwellings in the city in the future, you’re really planning on having a major affordability issue because housing prices will keep going up ... and there’s no solution on the horizon at all.

“Nothing we are producing is in any way affordable and we can’t turn the tap off—people are going to keep moving here.”

“The train has already left the station when you talk about affordability along the beachside strip,” Barry Morris says.

“I recently had a conference call with the chief risk officer [from one of the major banks] and I made the comment ‘I think when we’re selling two-bed, two-bath, one-car units for $1 million we’re in a boom’ and he just looked at me and said ‘Where do we sign?’ We’re all from Sydney and that’s cheap’.

“So, I think it tells you where the market is going to go.

“People are moving to the Gold Coast as a lifestyle, from places like Sydney and Melbourne and they don’t see the price as expensive whereas all the people already living there are looking at it and going ‘[expletive], that’s getting dear isn’t it?’.”

▲ The business case for the Gold Coast Light Rail third stage was based on substantial development along its route.

Ransom also says the proposed amendments fly in the face of the Infrastructure Australia business case for the stage three extension of the Gold Coast light rail from Broadbeach to Burleigh Heads.

It indicates the viability of the $1.2-billion project is “largely dependent on the realisation of urban renewal and increased urban density” along the 6.7km stretch of the Gold Coast Highway.

By 2041, the business case forecasts an additional 26,000 people will live in the corridor.

“It makes no sense,” he says. “You’ve got a light rail designed to move more people more efficiently and then planning policies coming out that reduce the yield that can be derived off the available land. It’s actually a contradiction.” 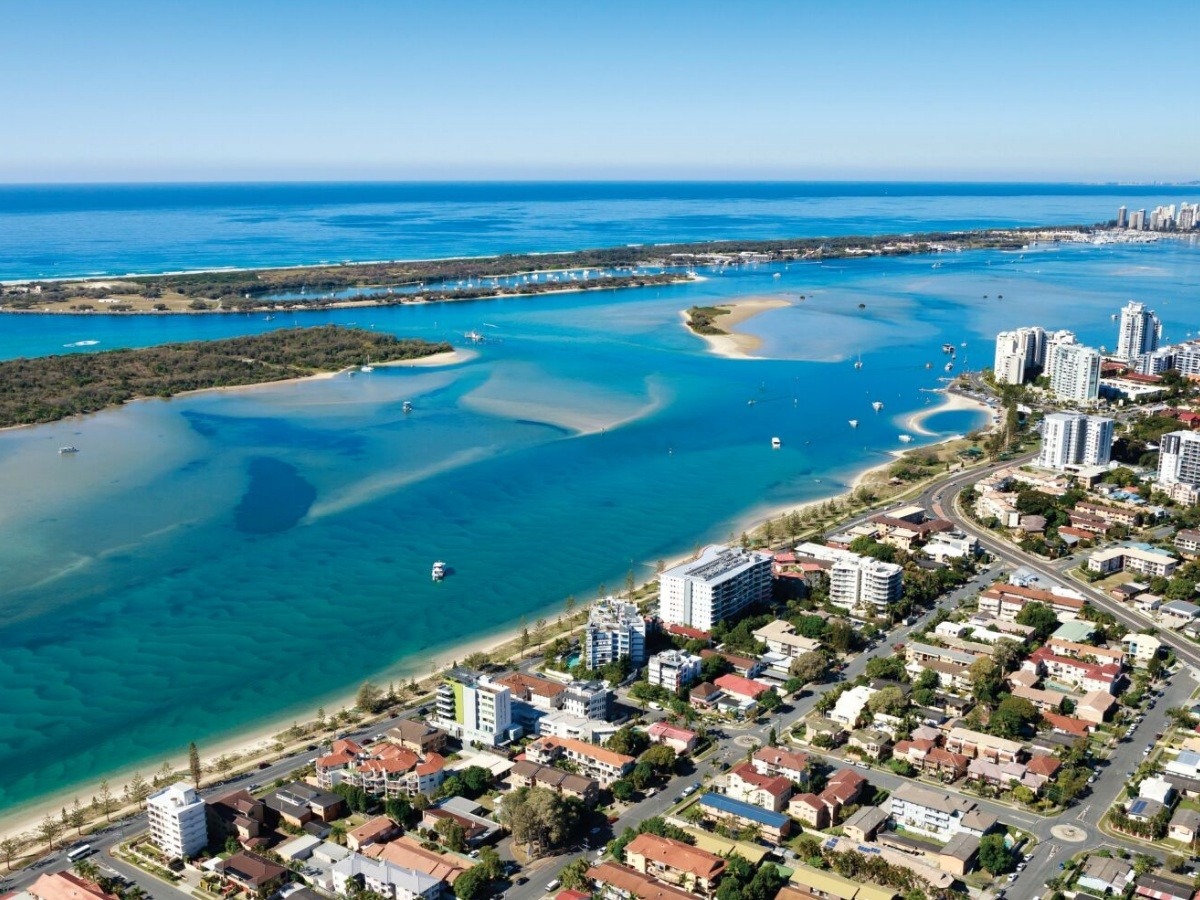 ▲ Opposite ends: Labrador is one of the suburbs slated for development under the amendments, yet is not directly serviced by the light rail.

Ransom says the “sole effort” to increase dwelling supply in the city as part of the latest round of amendments is in the opposite direction to the light rail extension—around Labrador, Southport West and Biggera Waters.

“The council is suggesting this targeted growth area will supply an additional 7100 dwellings because of these amendments but other proposed changes will reduce supply by far more.

“And, generally speaking, the market is not that interested in developing the back streets of Southport, Labrador and Biggera Waters. If you map out the cranes in the city, they’re along that coastal strip and that’s where people want to live.”

Meanwhile, the developers’ scramble to file plans and get them approved—before the amendments are expected to be signed off later this year—continues in earnest.

Coincidentally, however, there has been a dramatic increase in the council’s refusal of DAs in recent times, according to Ransom.

“What’s going on is the council is pre-empting the introduction of these new rules and hardening their stance in relation to tower development in the city already,” he says.

“It’s happening a lot but they’re dealing with applicants with plenty of money and legal resources, and they are lodging appeals.

“The planning and environment lawyers haven’t seen anything like it before. They are absolutely run off their feet trying to manage all the extra work being generated by the council knocking back towers.”