Meriton has lodged plans for an apartment tower in Sydney’s western suburbs as the city’s apartment market continues to gather steam.

The developer has filed with the City of Parramatta plans for a 30-storey tower on a 4970sq m site at 37-41 Oxford Street in Epping, within walking distance of the suburb’s commercial district and newly-opened metro station.

The developer’s latest apartment project will replace a vacant three-storey office building and car park. It will comprise 211 apartments above six levels of basement parking.

Meriton’s tower, which will be sandwiched between 22-storey and 15-storey buildings, will include ​​a two-storey commercial podium with ground floor retail, a gym and a childcare centre as well as six office tenancies on level one.

Meriton managing director Harry Triguboff said while many active developers were focusing on smaller-scale, high-quality projects, the group would continue delivering high-rise apartment projects for a range of demographics.

At the turn of the year Meriton reported that exactly 50 per cent of its sales across recently launched projects had been made by returning investors and that the company had experienced an increase of 10 per cent in rental growth during the past 12 months. 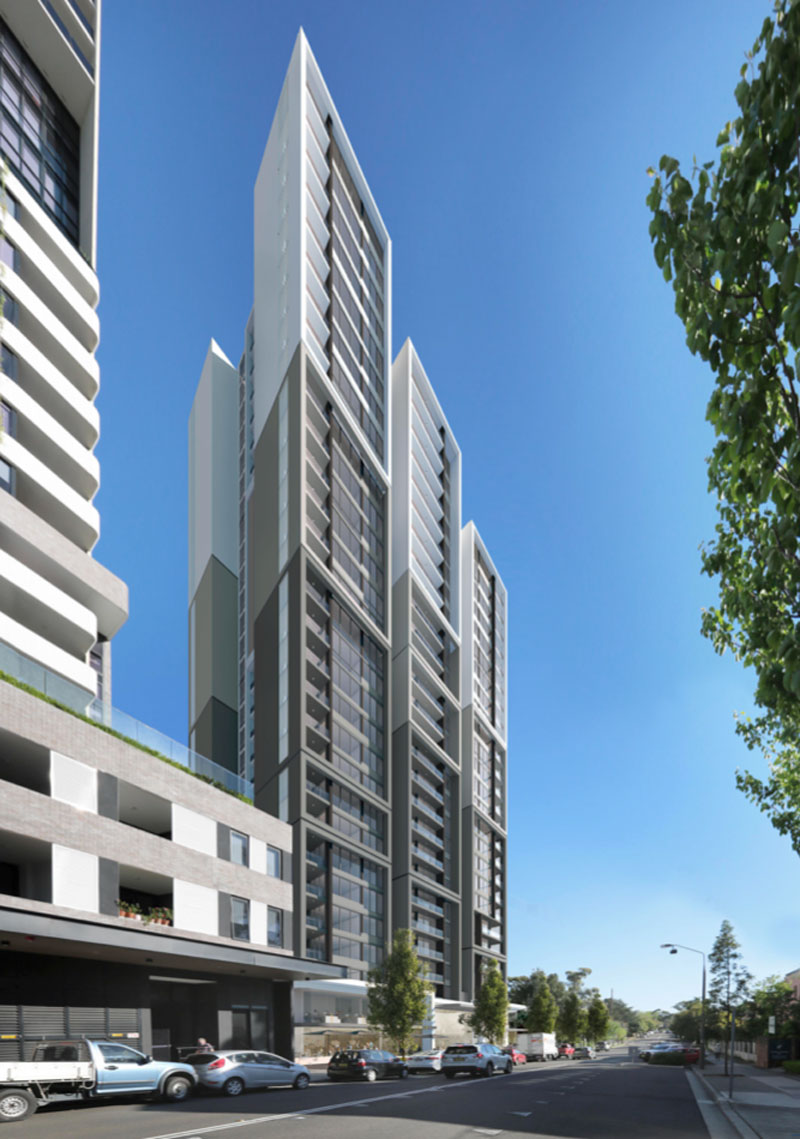 “Meriton has been developing and building for 60 years, so we have always assessed and understood what people want accordingly, and what we build is exactly what they are looking for.

“Taking advantage of the record low interest, the investors are already returning and gearing up for the international border opening which will see students and migrants back.”

Triguboff said he expected unit prices to rise considerably in 2022 as construction costs continue to surge across the country and international borders reopen to migrants and students, placing pressure on the already low supply of apartments.

If approved, Meriton’s Epping project will take three years to complete with a slightly more delayed turnaround of 18 months anticipated for the building’s internal fit-out.

“Building costs have risen in excess of 25 per cent year-on-year, the biggest rise in Meriton’s 60-year history, and the uncertainty of world markets is likely to see this trend continue,” Triguboff said.

“The landscape for developers and builders is very different compared to 30 years ago because our reliance on overseas materials is much higher today. Construction costs are up and builders are in shortage.

“At the same time the demand for units from owner occupiers and tenants, while already very strong, will be boosted by the return of international students and workers, so we can expect the prices to go up considerably.”

Further west, in Parramatta, Meriton is well advanced on a 66-storey residential tower at 180 George Street and has lodged plans in April for two towers of 46 and 42 storeys in Sydney Olympic Park comprising 600 apartments.

Triguboff has continued to plan for the future with a strong focus on emerging development opportunities on the Gold Coast and in Brisbane—the only markets he has pursued outside Sydney.

It is understood that Triguboff intends to retain one of the towers and rent it out.

Meriton is also closing in on completing construction on its 76-storey Ocean residential tower at 84 The Esplanade.

The developer is also preparing its first project in Melbourne, a Meriton Suites apartment hotel, after picking up a small site at 140 King Street near Southern Cross Station for $29 million.