One of the largest landholders of residential land in south-west Sydney has nearly sold out of its $1 billion masterplanned project, with lot sales in the region picking up over the back half of 2019.

The Shanghai-based developer acquired the 89-hectare parcel of land from Landcom in 2015, lodging plans for a 1264-lot project with a $1 billion end value.

The group is also developing a $1.5 billion greenfield project across a 364-hectare site in Menangle Park—set to yield 4000 lots on completion.

Take-up rates in Sydney’s land market has more than tripled in some areas since May 2019, with 6-8 lot sales per month in areas with close proximity to railway stations, according to M3property’s Sydney Land Market Recovery report. 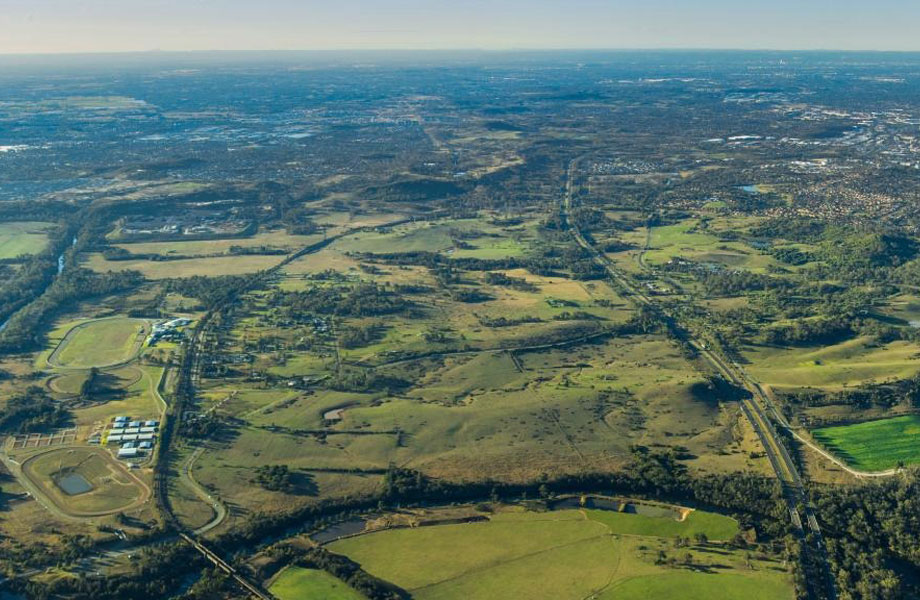 ▲ Dahua lodged plans for apartment buildings up to 8-storeys and an expanded town centre at its Menangle Park development (pictured).

The faster-than-expected turnaround in Sydney’s house prices and improved access to finance has supported the demand for residential land lots.

“APRA’s removal of the serviceability cap and the [continued] fall in cash rates has aided the borrowing power of most applicants,” Williams said.

“I have no doubt that the apartment market will recover but for now it is one of a number of factors behind a significant resurgence in the take-up of land in Sydney.”

The growth corridor’s proximity to the Western Sydney Airport and forecasts of 60 per cent population growth to 2036 will support Dahua’s 5000-plus lot commitment to the region, Dahua NSW chief executive Eric Li said.

“Our focus is to deliver sustainable urban developments that meld with the local environment and provide world-class amenities.

“We are committed to building masterplanned communities.”