Tech giant Microsoft is the latest multinational conglomerate to announce it will permanently embrace working from home, stoking commercial landlords’ fears of serious structural changes to the office landscape.

As office market negative net absorption nears the -200,000sq m mark over the third quarter, a recent analysis of multi-residential projects reveals there is opportunity for developers to pick up on serious unmet demand.

“A home study may not be the best solution for the 88 per cent of people choosing to work from home after the pandemic,” researchers Trevor Du, Matko Matkovic and Derek Huynh said.

“Evidently, there is an opportunity for developers to re-think the amenity mix and improve its relevance to purchasers post-pandemic.”

The trio’s research identified only one project of 35 recent Melbourne build-to-sell projects as offering a co-working space for residents.

Before coronavirus, only 5 per cent, about one in 20 people, worked from home. Mandatory lockdowns and restrictions has pushed the number closer to 50 per cent, according to demographer Bernard Salt. 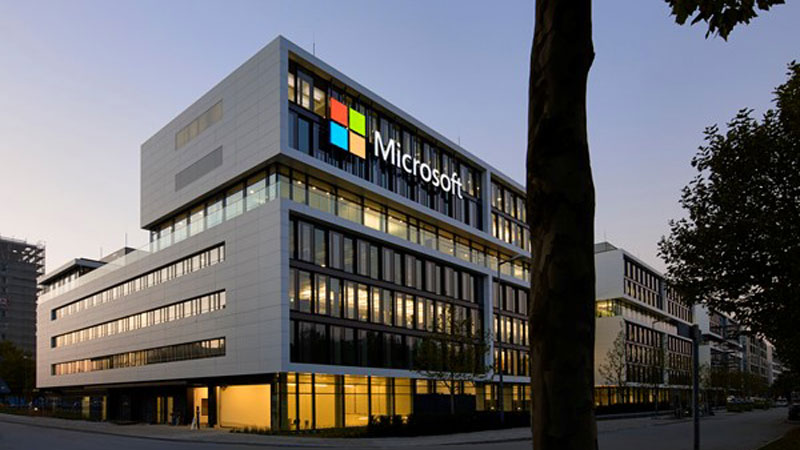 ▲ Microsoft has announced it will offer a "hybrid workspace" giving workers the option to work remotely for 50pc of the work week. Image: Microsoft HQ, Munich.

Speaking at the National Housing Finance and Investment Corporation webinar on employment and housing demand, Salt predicts a major step change in the proportion of people working from home.

“I say it will go back to maybe 10 per cent or 15 per cent. And I think it is the major cultural shift that I think will reshape the narrative of Australian life and change Australian housing.

“For every extra 5 percentage points it’s another 600,000 workers. So [if] it’s another 15 per cent of workers working from home, it’s another 1.2 million not working in the city or commuting.

“It has a major impact on the demand for commercial property and an impact on housing. The kind of housing you will need if there’s a step change in the proportion of the workforce working from home.”

As part of Huynh, Matkovic and Du’s research, they engaged a developer to evaluate whether the high demand for apartment co-working justified the replacement of other amenity in high-rise projects.

“A 260 square metre space originally earmarked for a gym could accommodate up to 132 people per week if repurposed for apartment co-working.

“This is equivalent of about one full-time worker or three part-time workers per five square metres.

“It is worth questioning whether the gym—or any other amenity—would have the same rate of utilisation and engagement.”

Office markets recorded negative net absorption of -193,700 over the third quarter, according to JLL research.

Five of the six monitored office markets recorded negative net absorption as corporates continue to assess headcount expectations for the next 12 to 18 months.

“Corporate Australia is the new landlord in town with a sharp increase in sublease availability across the Sydney CBD and Melbourne CBD.”