Melbourne-based developer Growland is preparing to break ground on an ultra-prime boutique apartment project next to Albert Park, the first project of its kind in the southern hemisphere to feature a “sky garage”.

In 2018, the developer put forward plans for a $120-million development, dubbed Neue Grand, featuring fingerprint recognition software and a lift system that allows residents to park their luxury vehicles in their penthouse suites.

Growland development director Kevin Parker, who will speak at The Urban Developer’s upcoming Residential Apartment Development vSummit, said more than half of the project’s 18 full-floor residences had now been sold and the financial pre-sales requirements for commencement had been achieved.

“Most prospective buyers were firstly attracted by the sky garage concept,” Parker told The Urban Developer.

“Many wealthy people like to elevate their home with art and the cutting-edge parking technology with glass wall display case allows residents to exhibit their prized cars in the living room like no other artwork. 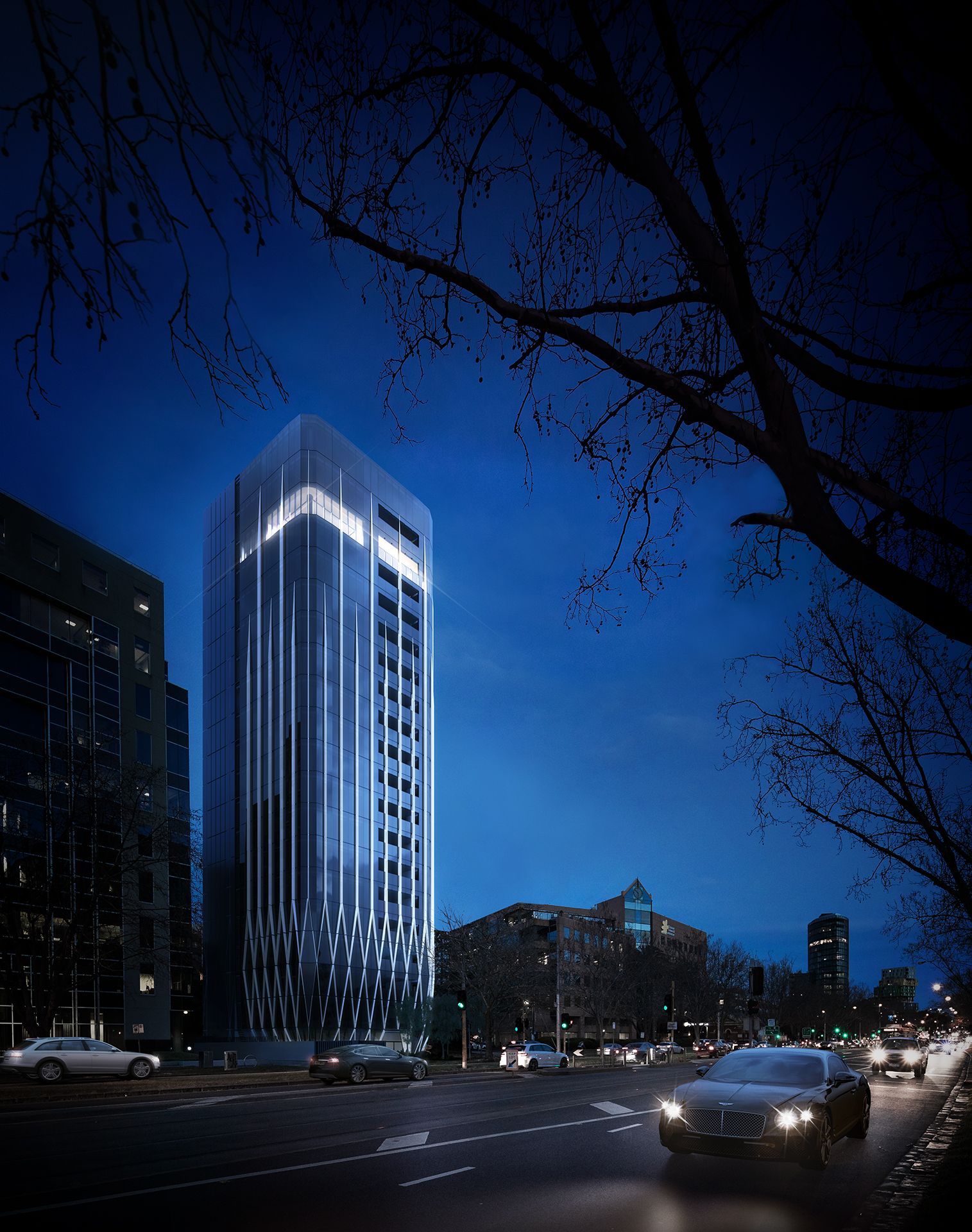 ▲ The building’s glass and metal exterior will reflect the ocean and city lights. Image: Rothelowman

Growland plans to implement a German-engineered parking system, which would allow residents to display two vehicles in a glass garage beside the three-level penthouse’s lounge room.

Although similar systems have been employed by other high-end apartment developments in cities such as Singapore and Miami, this would be the first so-called “sky garage” in Australia.

While permits for the 20-storey building were secured in 2017, several amendments to the original application—including the sky garage—required additional consideration from the council and input from the project’s architects and consultants.

Parker said the development, once realised, would complement Growland’s existing portfolio of projects in Southbank and Melbourne’s western corridor.

“Diversification is an essential element of our business growth strategy,” Parker said.

“Neue Grand and its rare feat of specialised engineering is reflective of our company’s commitment to innovation and exceeding expectations.”

The apartment building will be at the top end of St Kilda, a suburb awash with wealthy local downsizers and known for the Royal Botanic Gardens, Albert Park Lake and beachside promenades.

Nearby, at ​​the site of the former Novotel St Kilda, fellow developer Gurner is advancing on a $540-million apartment project, St Mortiz, comprising 120 apartments and a $30-million penthouse. 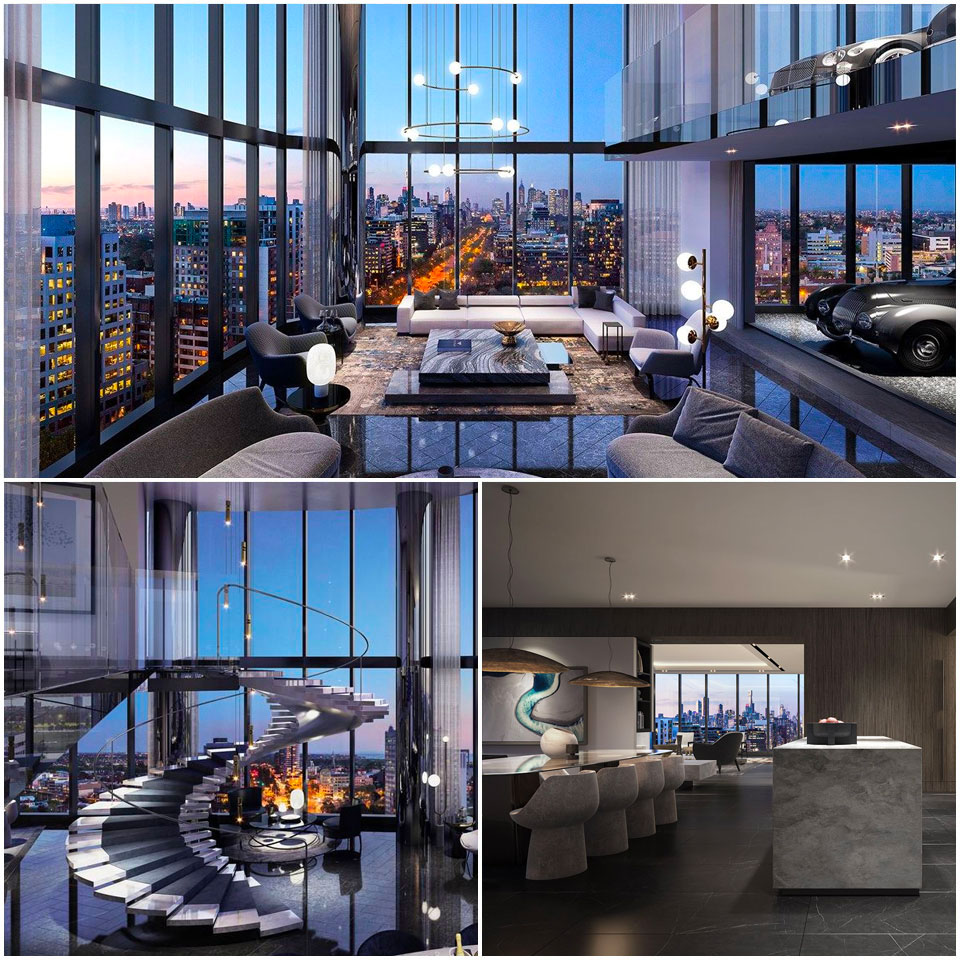 ▲ A single residence apartment will occupy each floor, with a unique triplex penthouse. Image: Rothelowman

“The high-end apartment market has certainly grown in the past few years,” Parker said.

“More wealthy retirees are looking to downsize from their family mansions to luxury apartments with low maintenance and full services—at the same time easy access to urban life is also essential.

“To meet this demand, we strategically looked for land on St Kilda Road, which is the intersection of work, live and play, with all the best attributes of a world leading city like Melbourne.”

The demolition of the existing building on site has begun. Construction is due to begin soon after the tender process for a builder closed in March. The successful tender would be announced in the coming weeks, Parker said.

He said the tender process was a fixed lump sum, design and construct contract which allowed the developer to lock in construction costs and manage market supply chain cost fluctuations.

The project, which was initially earmarked for completion in late 2023, is now anticipated to complete by the first quarter of 2024 thanks to pandemic-induced delays.

Parker will present a case study-led presentation on Neue Grand at The Urban Developer’s coming vSummit.

The Residential Apartment Development vSummit will include a keynote presentation by Corelogic’s Eliza Owen as well as more than 15 industry experts to discuss the latest research and perspective on the current state of the residential apartment sector and its outlook for the future.