Three Towers Group has won approval for its commercial development at Collingwood after an appeal in the Victorian Civil Administrative Tribunal.

Yarra City Council rejected the developer’s plans in July 2021 to demolish buildings at 46 and 48 Smith Street, and partially demolish 50-52 Smith Street for the development of a seven-storey office building and gymnasium, while retaining the heritage facade.

After a hearing in March a permit was granted this month to allow the development to go ahead subject to reducing its height.

Architects XO Projects took to LinkedIn to celebrate the win.

“It's been a lengthy journey but we are thrilled with the Victorian tribunal's decision to grant the planning approval for the boutique office development on 46-52 Smith Street,” the post said.

“We want to congratulate our client, Eddie Hoe at Towers Group, and compliment our expert team’s excellent contribution.” 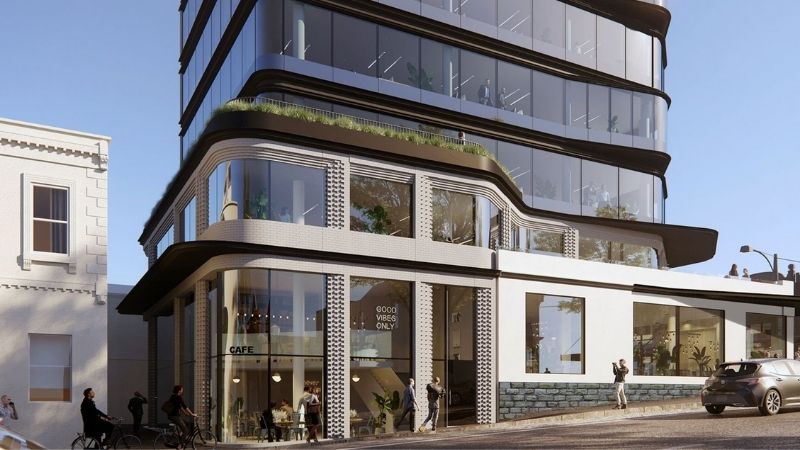 ▲ Three Towers Group has won an appeal against the refusal of its proposed office tower in Collingwood in the Victorian Civil Administrative Tribunal this month.

The six-storey, 20.8m office tower and gymnasium will now proceed subject to VCAT-imposed conditions including the removal of the seventh storey.

Yarra City Council had argued the height, scale and mass were not consistent with the existing character of the neighbourhood and the upper levels would adversely impact the heritage streetscapes.

According to XO Projects, the approved plans would “retain and restore the existing heritage building” while creating a clear demarcation between the old and the new elements of the building.

XO Projects’ design statement was inspired by Collingwood’s historical street-corner treatments, which would link the podium to the upper part of the office block.