Sydney’s The Oaks Hotel on Market for $175m

After pulling beers as recently as when he was aged 86 in 2019, David ‘Taffy’ Thomas is ending his shift and listing Neutral Bay institution The Oaks Hotel for an eye-watering $175 million with forecasts it could go for more.

The Thomas family bought the leasehold for the pub on Sydney’s lower north shore in 1975.

It then bought the freehold in 1990 (as Coldao Pty Ltd) from Tooth and Co, one of Australia’s oldest companies, which was founded in 1835 and the owner of the Kent Brewery.

The pub was revamped for $6 million in 2019 with the opening of the Alala garden conservatory-style cocktail bar, the Taffy sports bar and the Bar and Grill restaurant, along with gaming rooms, function rooms and a bottle shop. It also hosts the John Meillon OBE Bar.

It is the first time in nearly 50 years that the entire property is being listed as a freehold going concern with the added carrot of development approval for mixed-use projects up to five storeys.

Andrew Thomas said the family felt it was time to sell.

“On the back of a spate of unsolicited approaches, it just feels like the right time for the family to move on and we’ll leave the Oaks with fond memories and many friends,” Thomas said. 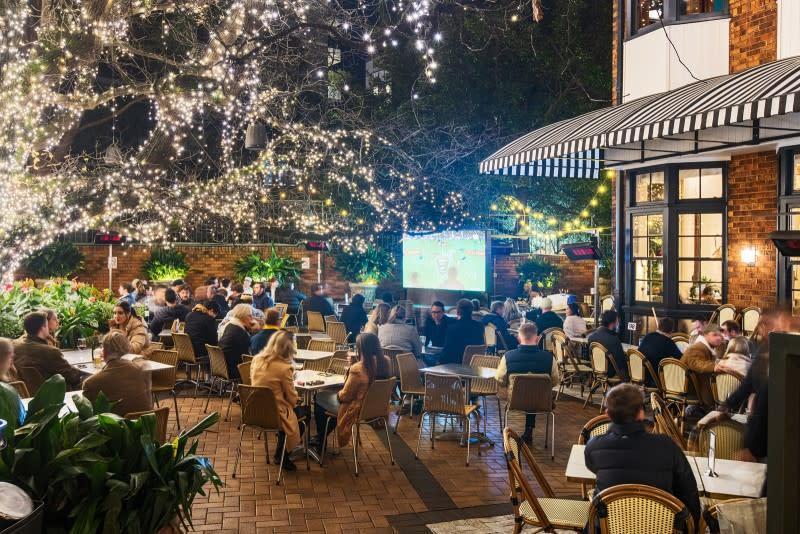 ▲ The Oaks Hotel's beer garden was first opened in the late 1950s.

“It holds a very special place in the Australian hotel landscape and we look forward to seeing its next incarnation under the new custodians.”

The Thomas family remain in the sector, however, with the Winston Hills Hotel and The Entrance Hotel still in their hands.

JLL Hotels and Hospitality Group are managing the sale via an expressions of interest campaign.

“For those who accumulated wealth in mining, media, software, logistics or any other sector, once you finalise a business case, owning an iconic pub hotel in reality is far more fulfilling and exciting than any other form of investment”, Musca said.

Architects Morrow and Gordon designed the beer garden of the pub in the 1950s.

Tooth and Co owned a network of pubs across the state before selling off assets and a controlling interest in 1981 to David Jones Limited, which was then owned by the former Adsteam (previously the Adelaide Steamship Company, then Residual Assco).

The necessary liquidation of all of AdSteam assets led to a complicated process whereby Tooth and Co, Residual Assco and DJL were for years filing annual reports in brief AGMs to comply with regulations earning the nickname ‘the three ugly sisters’. 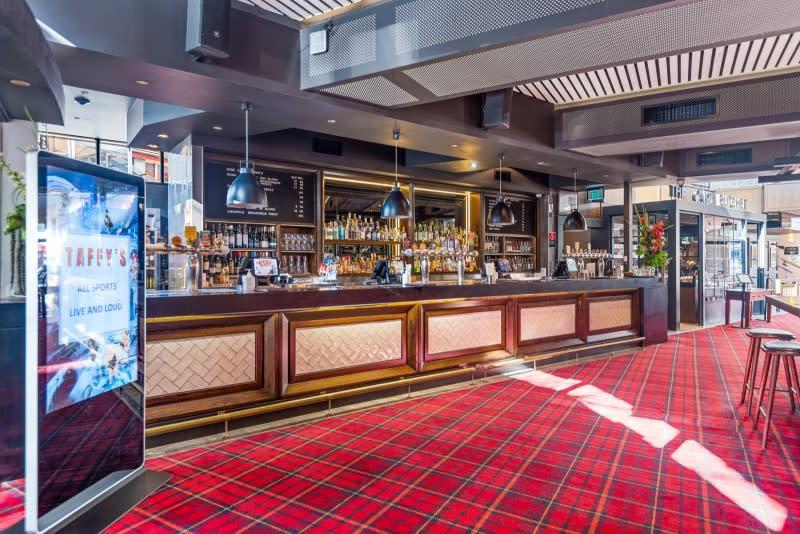 ▲ The Oaks Hotel's Taffy's Sports Bar after renovations in 2019.

Tooth and Co was eventually delisted in 2010 and deregistered in 2013, with its assets already long sold off to Carlton and United Breweries among others.

Pub sales have been big business recently with more than $300 million in pub sales deals in a six-week period over April and May this year. The hotel market has seen nearly $2 billion in capital flowing in over the past 12 months.

More than 50 per cent of the pub sales in Sydney have been by generational owners exiting the industry who are facing succession concerns or are unable to continue operating alongside larger competitors.

But many who have chosen to invest in pubs have been family-owned groups or non-traditional investors.

Newcastle’s Honeysuckle Social was also recently snapped up by Roman Nalywajko for an undisclosed sales price while former Sydney lord mayor Nelson Meers broke records for acquiring Casula’s The Crossroads for around $160 million.