The Crossroads Hotel in Casula, 34 km south-west of the Sydney, has been picked up by former Sydney lord mayor Nelson Meers for circa $160 million—a national record for this sought-after asset class.

The previous highest price paid for a pub was the $100-million sale of the Beach Hotel at Byron Bay in early 2020 by fund manager MA Financial in a deal brokered by JLL on behalf of the late John Cornell.

The Crossroads Hotel is on a 1.28ha site on the corner of the Hume Highway and Camden Valley Way was sold by the Southern Highlands-based former Sydney property mogul Rod MacDonald.

The hotel, which was established around 1833 as the Talbot Inn, has undergone a number of extensive renovations and is generally regarded as the region’s premier pub.

Incoming owner Nelson Meers, who was Sydney lord mayor between 1978 and 1980 and now heads the Nelson Meers Group, one of NSW’s largest, privately owned hospitality and real estate companies.

Meers said the group was excited to take on the venue and the hotel’s highly successful food and beverage model, which serves more than 4000 meals each week.

“This is a key strategic acquisition for our company,” Meers said.

“We are very excited to continue to serve this growing, vibrant and broad community as we look to expand this type of high quality offering across our hotel network.”

The off-market sale of the hotel was brokered by Andrew Jolliffe and Dan Dragicevich of pub and hotel specialists HTL Property.

Pubs have been among the hottest property asset classes during the pandemic with a record $2 billion in sector transactions in 2021 alone.

“The materiality of the Crossroads Hotel sale recalibrates values across the national hotel landscape, and promotes a momentum that will see up to $1 billion worth of sales concluded in the last quarter of this financial year alone,” Jolliffe said. 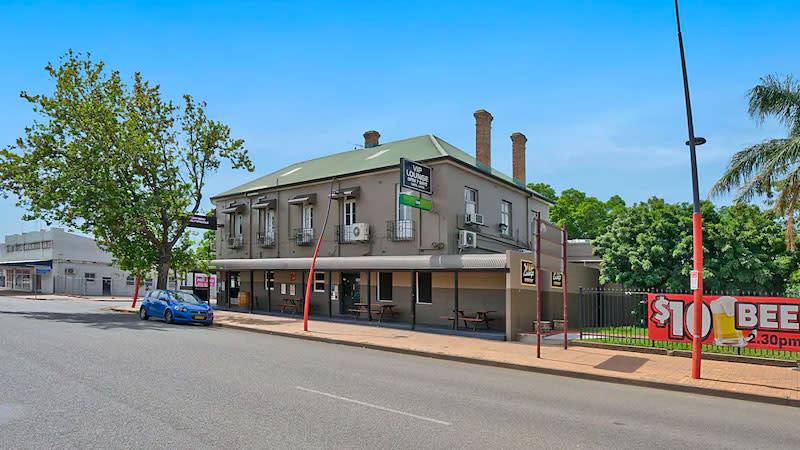 ▲ Imperial Hotel Singleton includes a 3am hotel licence and generates an average weekly revenue of $105,000 via public bar, bistro, gaming and 14 hotel rooms.

Other recent sales include the Imperial Hotel in Singleton in the Upper Hunter, which was sold by the Murphy family to a private Sydney-based hotel investor for around $18.5 million in an off-market transaction facilitated by JLL.

On a 3000sq m site, the large format hotel was sold with CDC approval for expansion of the existing trading footprint providing a new gaming room, bistro including beer garden and alfresco dining, public bar and new TAB.

Investors’ thirst for the asset class has extended beyond city and coastal markets into country areas.

JLL has finalised the $33-million sale of the Lake Macquarie Tavern in Mount Hutton, 14km from Newcastle.

It is next to Lake Macquarie Square, one of the biggest and busiest retail centres in the region.

The deal was brokered on behalf of long-time owners and prominent industry identities Paul Crosbie and Bob Warren, who had owned the hotel for more than two decades.

The hotel was picked up by Don Hodge Group—a family business with  significant interests in hotel, trucking and aviation.

Reflecting one of the biggest prices paid outside of Sydney so far in 2022, JLL Hotels’ Ben McDonald said the reservoir of untapped potential in the asset had been a key driver of the sale price, which reflected a market topping 5.4 per cent cap rate.

“Despite a potential shift in the economic environment, hoteliers with long-term investment horizons are continuing to compete aggressively for assets that exude quality and are underpinned by strong trade fundamentals in locations they know and understand,” McDonald said.

Nearby, the oceanfront Caves Beach Hotel in Newcastle has been snapped up by Oscars Hotels, headed by brothers Bill and Mario Gravanis.

The off-market sale, brokered by HTL, was concluded on behalf of owners Royal Hotels.