US-based build-to-rent giant Sentinel is making a new charge on the Australian market, partnering with Dutch pension fund manager PGGM to develop and manage a $1.5 billion portfolio in the rapidly emerging sector.

Under the partnership, one of the sector's largest single war chests will be invested into rolling out a national portfolio of about 2500 build-to-rent apartments.

PGGM’s first investment tranche will pump more than $700 million of initial development potential into the venture, which has already put a foot on its first two sites.

“Their commitment to this venture is a clear vote of confidence in our build-to-rent platform and the future of the sector in Australia.

“We’re committed to continuing to deliver high-quality, sustainable and community-focused living that enhances the housing choices available to Australians.

“This is particularly important at a time where changes in the housing market and supply levels are front of mind for so many.”

PGGM private real estate senior director Jikke de Wit said although the sector was still “relatively small, we believe that it will grow over time and become an important part of the Australian housing market”. 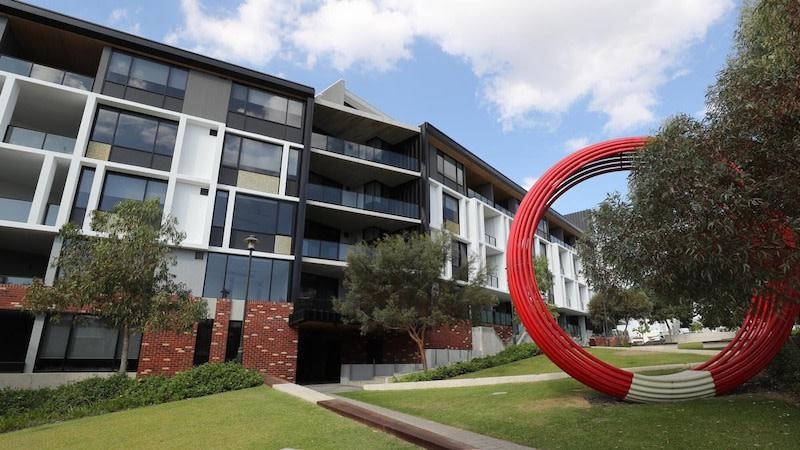 “We are excited to expand our relationship with Sentinel into the Australian build-to-rent market,” he said.

“Sentinel is a longtime partner of PGGM in the US and we are confident their expertise will help us build a new portfolio of high-quality, low-carbon apartment communities.

Among its current pipeline, Sentinel has the third and final phase of Element 27 under way—comprising a five-storey building with 91 studio, one, two and three-bedrooms across 16,061sqm—and construction has started on its first Victorian build-to-rent development, a $150-million 172-apartment project on a 3600sq m site north-west of the Melbourne CBD.

In Australia, the sector—also known as multifamily—comprises 60 projects totalling 22,254 apartments with an estimated value of $13.6 billion.

Only 6 per cent of these projects are operating, 11 per cent are under construction and 83 per cent are still in the planning stages.

But according to Ernst & Young forecasts, over the next 10 to 15 years the sector has the potential to rapidly grow to account for 10 per cent of the nation’s rental pool—the equivalent of 375 projects totalling 350,000 apartments worth an estimated $320 billion.

US powerhouse Greystar is pressing ahead with the country’s largest build-to-rent project yet, a $500-million facility at upmarket South Yarra in Melbourne’s inner east, while Investa, alongside partner Oxford Properties, is targeting 5000 apartments.

Other players in the sector include US platforms Sentinel and Hines as well as Meriton, Gurner, Altis, Blackstone, Live Local, Samma Property Group, Novus and Alt Living.