Pyrmont to Rise to the Heights of Sydney CBD: Images

Sydney’s Pyrmont could one day match the density and height of its high-rise neighbour, with new vision showing the current CBD extending into the Pyrmont peninsular by 2040.

Developer lobby group Urban Taskforce is behind a push to develop the peninsula into Sydney’s next high-rise centre, endorsing the densification of the area as support for Sydney's CBD.

Sydney architecture firm LAVA has released a vision of how a dramatically densified Pyrmont could look as Sydney reaches 8 million people over the next 40 years.

“We see the peninsula next to the Sydney CBD as being a genuine mixed use precinct with entertainment and hospitality uses as well as being a focus for IT and creative industries,” Johnson said.

“What is now needed is a new vision for the Pyrmont peninsular that lifts it to a bustling mixed-use precinct that parallels the Sydney CBD peninsular.” 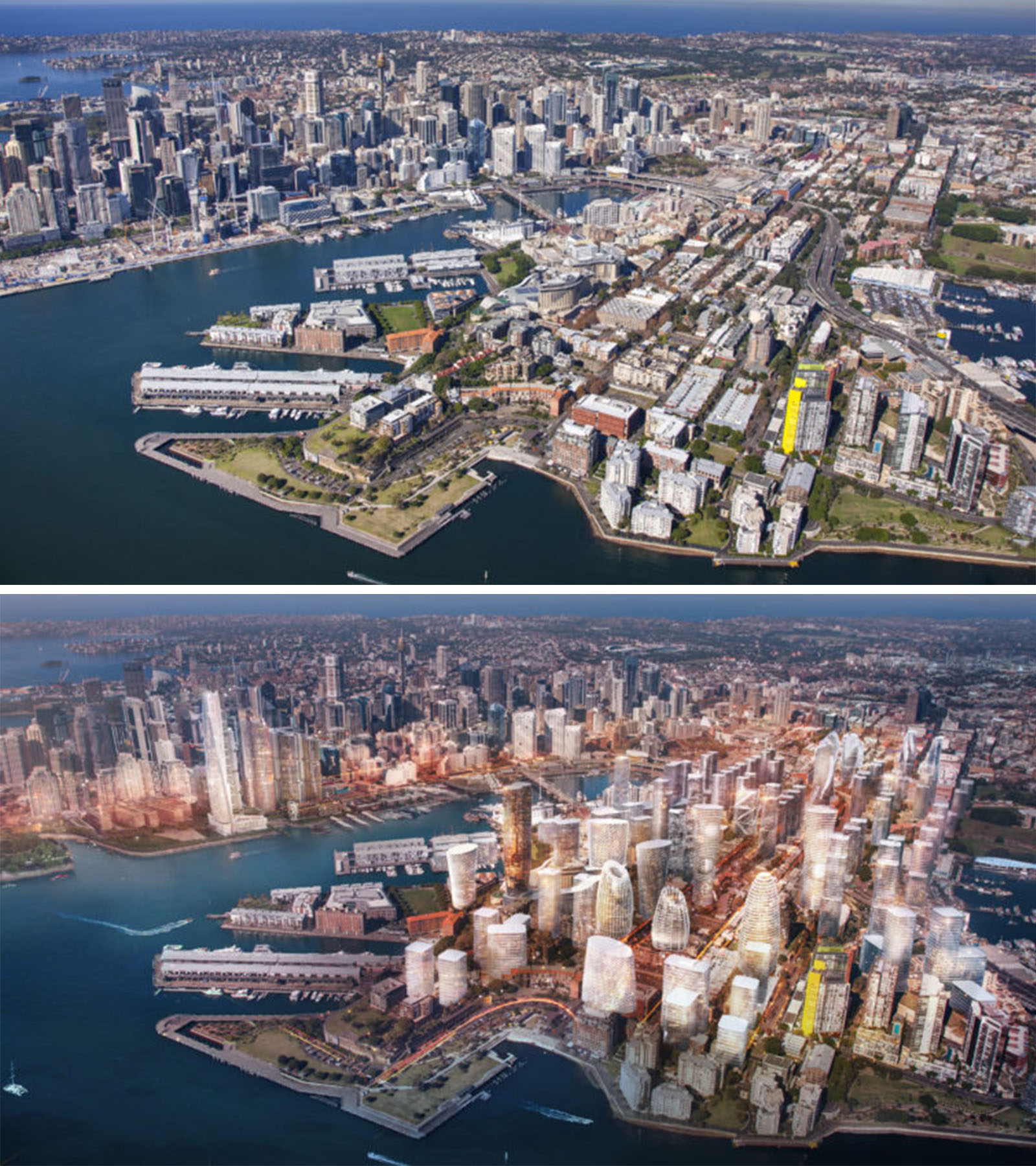 Sydney architecture firm Lava has released a vision of the CBD extending into the Pyrmont peninsular by 2040. Image: LAVA.

Johnson says that recent development in the area is a step in the right direction.

“The proposed 61-storey tower for the Star Casino begins a rethink of heights on the peninsula along with the proposed tower at Harbourside.

“The announcement of the design for the new fish markets in Blackwattle Bay means the existing site will be redeveloped presumably with high rise apartments and the move of the Power House Museum to Parramatta could open up new development on that site.”

New images of the revitalised fish market in Blackwattle Bay was unveiled last week, with the proposal set to include new public wharves, a promenade and a new ferry stop.

“With the Star Casino’s new building nearby and the potential for new development at Harbourside a new energy is flowing across Pyrmont. New development on the Powerhouse site will also add to the revitalisation of Pyrmont.”

A development application for the controversial Star Casino was lodged in August, while the NSW government is considering rezoning the former Ultimo home of the Powerhouse to allow for more than 100 apartments.

Johnson said the peninsula would support the long-term proposals for the Bays Precinct .

“Clearly public transport will be essential for the new uses so we support the location of a station on the Metro West line as it connects to Parramatta via the Bays Precinct and Sydney Olympic Park.

“The metro station should be located so that it serves the Star Casino and the new Fish Markets development.

“There is also an opportunity for more ferry connections that are turn-up-and-go between the CBD and the Pyrmont peninsula.”