The Turtle Sands Camping and Holiday Park within the Mon Repos Conservation Park is being publicly listed for the first time as the Queensland holiday asset sales boom continues.

The 5.3ha beachfront caravan park neighbours the recently built $30-million Mon Repos Turtle Centre and is a freehold parcel with more than 300 m of frontage on Mon Repos Beach.

East of Bundaberg, the park comprises beachfront cabins, camping and caravan sites for a total of 106 sites.

There is development approval in place to increase this to 127 sites and reposition services to offer glamping sites, studio apartments, bunkhouses, a pool, playground and beachfront lounge area.

Turtle Sands was built on the site of a cable station set up in 1893 for an underseas telegraph cable to New Caledonia, linking Australia with the world.

The park is owned by a Bundaberg family with Baker O’Brien Toll Lawyers founder David Baker as the principal.

CBRE Hotels’ Hayley Manvell and Paul Fraser will manage the international EOI campaign that will close on June 30, 2022.

Mon Repos Beach has the largest concentration of nesting marine turtles on Australia’s east coast and is home to the largest nesting population of the endangered loggerhead turtle in the South Pacific.

It also is the only region globally to have recorded four different sea turtle species nesting and hatching. 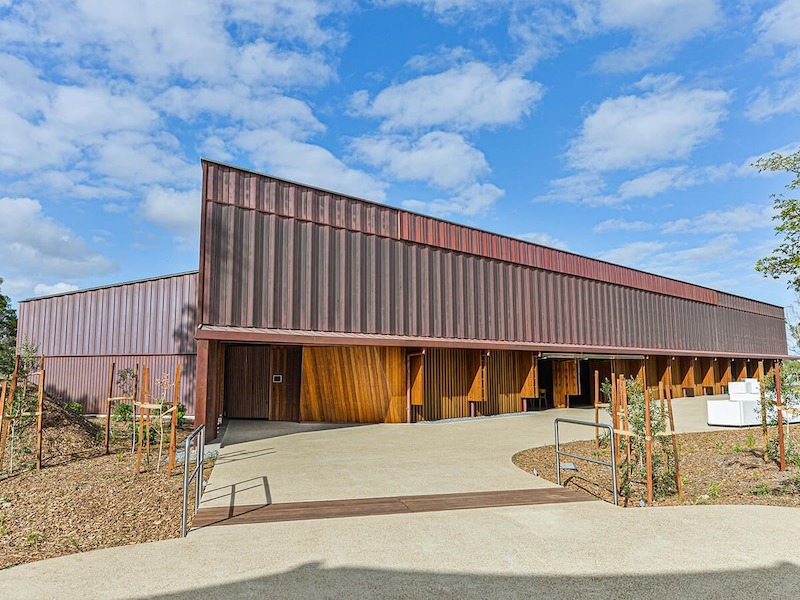 Manvell said that the Mon Repos Turtle Centre offered a key market with accommodation needs as guided tours operate between November and March, bringing in thousands of tourists to see the turtle.

“There are limited competing offerings in the region, particularly absolute-beachfront property with incredible demand for accommodation in the area,” Manvell said.

The Bundaberg region’s other attraction include national parks and the Southern Great Barrier Reef, including Lady Musgrave and Lady Elliot islands.

Corporate buyers and other investors have been flocking to caravan parks as an asset class hoping to cash in on the demand and appetite for increased Australian domestic tourism after lockdowns and increased prices for international travel.

Developers have also been eyeing them in hopes to turn them into hotel assets.

Alceon sold off caravan parks earlier this year for $42 million while the NRMA Agnes Water Caravan Park was listed in February for an expected price of more than $25 million.