[+] Why Caravan Parks Are Enticing Developers

Caravan parks across the country are being eyed off by developers with a keen eye for an alternative asset class as the property market booms and landlocked cities become the norm.

The sale of these classic family holiday destination coincides with a renewed interest in caravans and campervans thanks to ongoing border closures, leading to a supply and demand crisis as Australians are forced to holiday at home.

There are 2400 caravan parks in Australia—350 of those are owned by a publicly-listed company, with the vast majority owned and operated by mum and dad investors.

It is a $34-billion industry that directly employs 53,000 people and creates 60 million visitor nights across the country.

While traditionally the domain of holidaymakers, these parks have the potential to be developed into affordable long-term housing solutions.

Institutional investors cottoned on to the potential a decade or so ago when reports emerged of several larger players, including Ingenia and Alceon, actively hunting for quality assets.

During that time, a number of Victorian caravan parks in prime locations were sold to developers, including Barwon Heads, Cowes, Flinders, Inverloch, Portsea, Rhyll and Torquay.

Parks are being snapped up by developers to transform the extensive sites into resorts, retirement villages or shopping precincts, according to Southern Cross University academic Rod Caldicott, who has researched caravanning in Australia.

These large, generally flat land are often in prime locations, such as near water, shopping precincts and natural attractions.

Mostly, utilities are already connected, even though capacity may need to be increased. They also often have main road or highway access.

The Commercial Real Estate website lists 110 caravan parks currently for sale in Australia, ranging in price from $325,000 for a leasehold in Gippsland to a $7-million waterfront park on the NSW Central Coast.

The director of Preer Property Group considered parks as an option after a visit to the United States where he realised the potential of the built-to-rent market.

Feng bought his first park four-and-a half years ago and is focused on building tiny home communities as cheaper rental or purchase options.

He said that the current government initiatives were not addressing the housing affordability crisis, and tiny homes would offer a desperately needed solution.

Retirees and people unable to get into the booming housing market were a particularly strong customer segments, he said.

Feng has six caravan parks in his portfolio so far, including Victorian parks at Pakenham and in Mornington Peninsula suburbs such as Rosebud and Hasting.

He also holds between 30 and 40 per cent equity in other caravan parks owned by mum-and-dad operators, and intends to add a further two such parks to his portfolio in the next month. 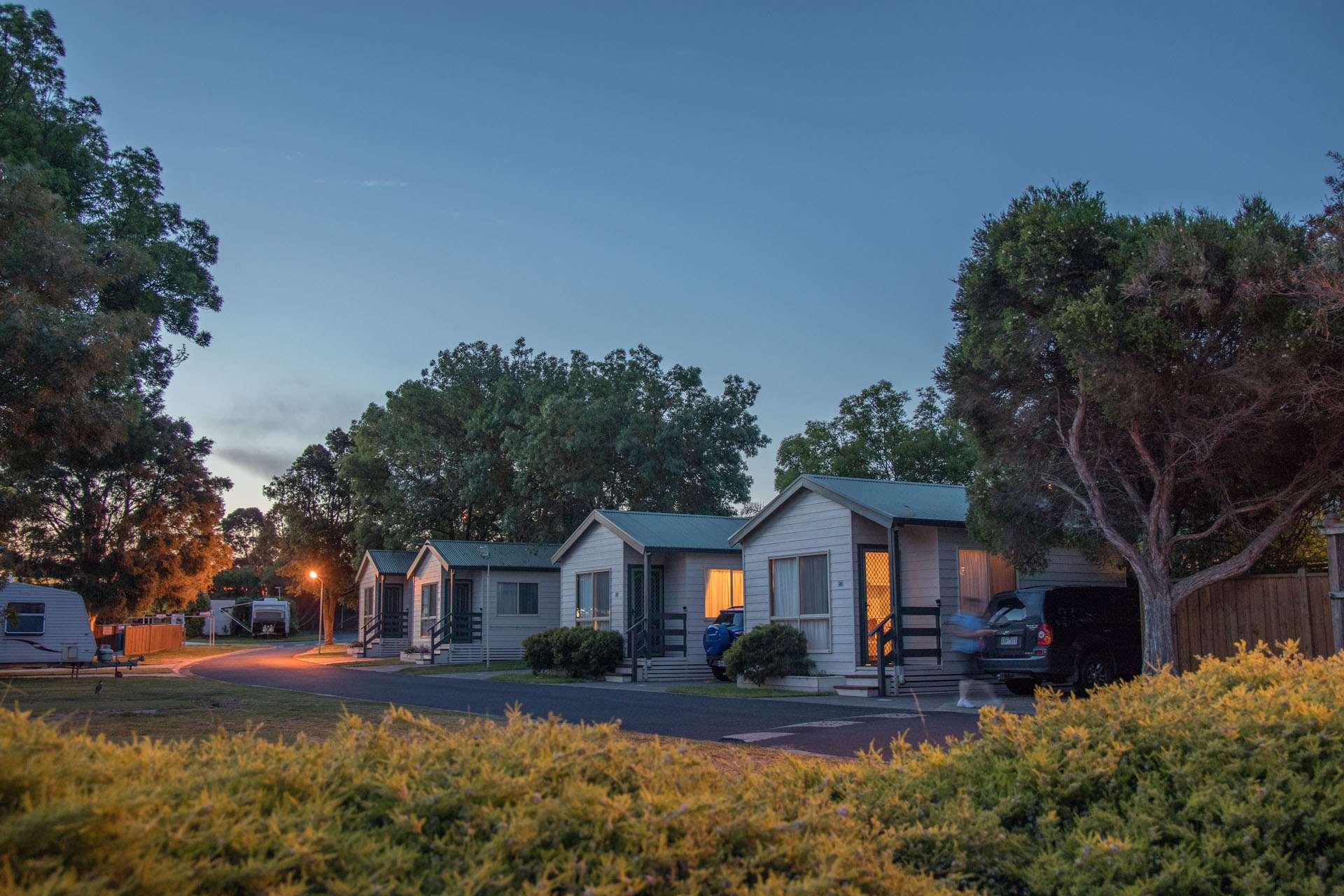 ▲ There are 700,000 caravans, camper trailers and motorhomes—known collectively as Recreational Vehicles, or RVs—registered in Australia.

“It didn’t take me long to realise that I was buying a very good asset class,” he said.

Tiny homes are increasingly popular options as permanent homes. These are condensed versions of a functional home, complete with a living area, kitchen, dining area, bedroom and bathroom.

Councils are largely welcoming and developments don’t encounter characteristic issues or similar, given the parks are so big and on the outskirts of towns, he said.

However, the housing density needed to be increased by about 30 per cent to yield decent returns, requiring some capital expenditure.

The tiny homes rent for between $150 and $235 a week, compared to the average cost of $450 to lease a one-bedroom unit in Melbourne.

There are almost no incidents of late payments due to a direct debit strategy straight from Centrelink.

“So essentially, the government is paying the rent, which reduces a lot of hurdles,” Feng said.

Caravan parks provide between $500,000 and $800,000 in income per year, which could leave the developer debt free and unencumbered within two to three years, he said.

“When the cabins are empty, we open them up for short-term accommodation, it’s a very simply concept. There’s no risk, and no holding costs,” Feng said.

He’s also purchasing relocatable wooden cabins direct from the manufacturer for between $100,000, but the perceived value of these cabins is $200,000.

Feng admits his strategy is to “hold as much land as possible”, which he intends to develop in the future when the current building frenzy calms down.

However, some developers are encountering protest over their plans.

Coogee Beach Caravan Park residents have been protesting about the prospect of being kicked out of their transportable homes to make way for a $10-million beachfront development.

The development has been proposed by Australia’s largest regional accommodation provider, The G’Day Group, which boasts almost 300 properties across the country. 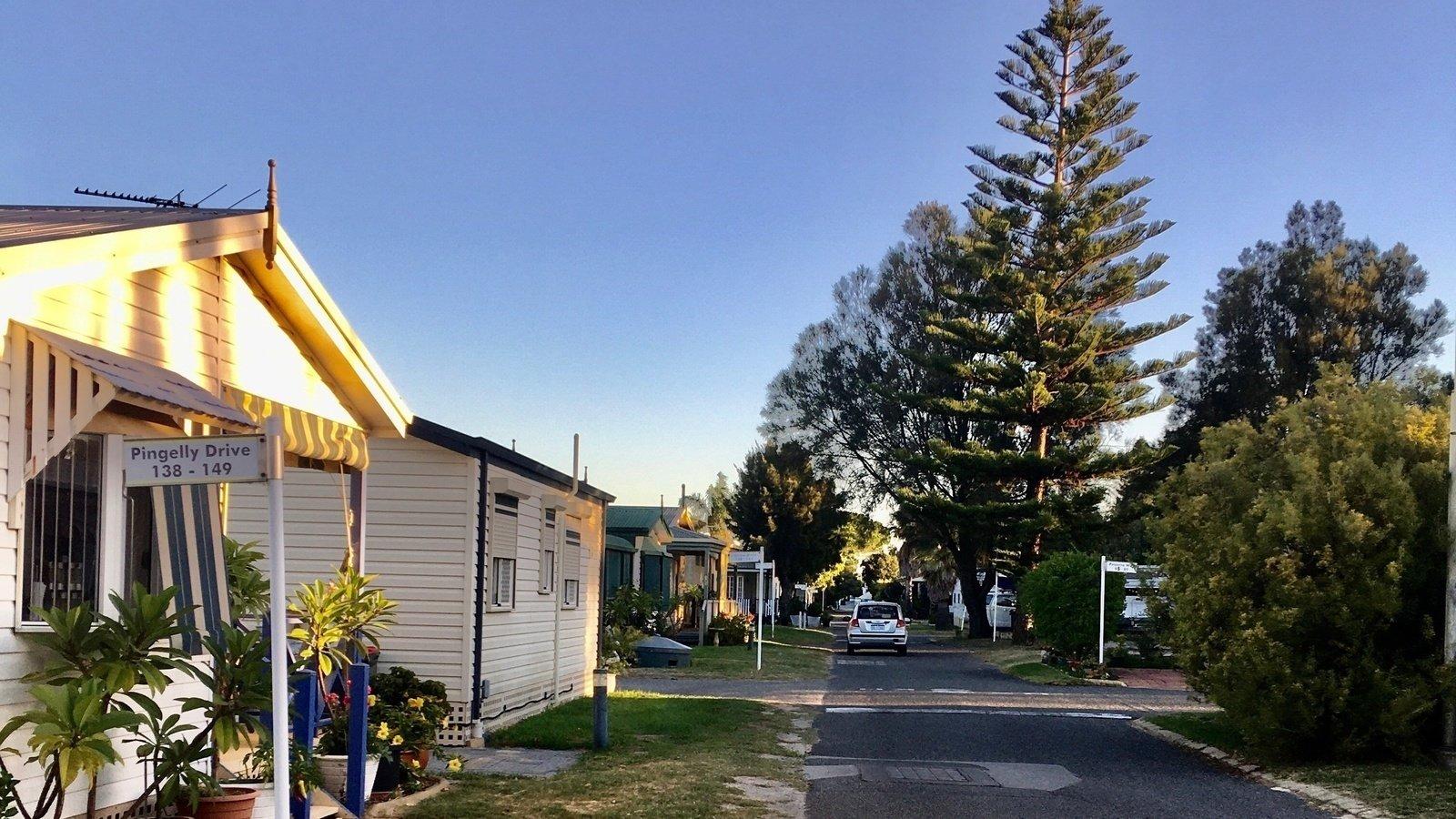 Chief executive of the G’Day Group Grant Wilckens said the company had been investing heavily in the northern part of Australia.

“We started with three parks in WA and five in Melbourne,” Wilckens said.

“Through the GFC we sold the Victorian parks, but more than a decade and a half later we’ve built the largest regional accommodation network in Australia with more than 300 properties.

“Over 70 of these we own and operate, while the rest are part of our G’day parks network.

“I wasn’t in love with holiday parks when I entered into this.

“The concept was there and then I sort of fell in love with the industry. Anybody who gets into our business falls in love with it. It’s a fun industry.

“We’re really excited about our accommodation offering in northern Australia.

“From the $10-million upgrade we have planned for Broome, through to our Kununurra property and recent acquisitions of El Questro, Kings Canyon and Glen Helen Lodge, we have a strong presence across some of the most spectacular landscapes Australia has to offer.”

Caldicott explained that depending on the location, scale and value of the proposed development, it would mostly be councils who would be the approving agent.

Usual development application (DA) conditions would apply, based on scale.

“No doubt there are always minor red tape barriers, but my feeling is that most large-scale developers take these in their stride and accept them as simply a cost of doing business,” he said.

“A big item for developers to address is environmental concerns and those of a remedial nature, such as ground contamination from say an old fuel store on site.

“And naturally, Indigenous heritage must be respected.”

If the new development will create additional traffic flows and the developer would be responsible for construction of ingress and egress lanes, roundabouts and off street parking, Caldicott said.

“Some caravan parks are on flood-prone land, which is also a matter to address through the DA process.

“If the development is of a sufficient scale to deem it significant regional infrastructure, then a central planning committee may become the approval agent, and not the local council.”