Chinese developer Han’s Group could offload one of Sydney’s biggest undeveloped sites if the price is right.

The privately controlled group is looking to sell off its 5900sq m site at 338 Pitt Street, which it spent four years amalgamating.

He says there have been multiple offers for the site, and they were now working through these offers.

“If they get the right price well then it makes sense from a feasibility perspective to sell,” Billiau says.

“If not then they will develop the project themselves.”

Billiau says the offers were all from big domestic players for the DA-approved site, which would have an end value of $3 billion. He says there are few sites of this magnitude left in Sydney and the wholly domestic interest in the site had come from “all the usual suspects”. 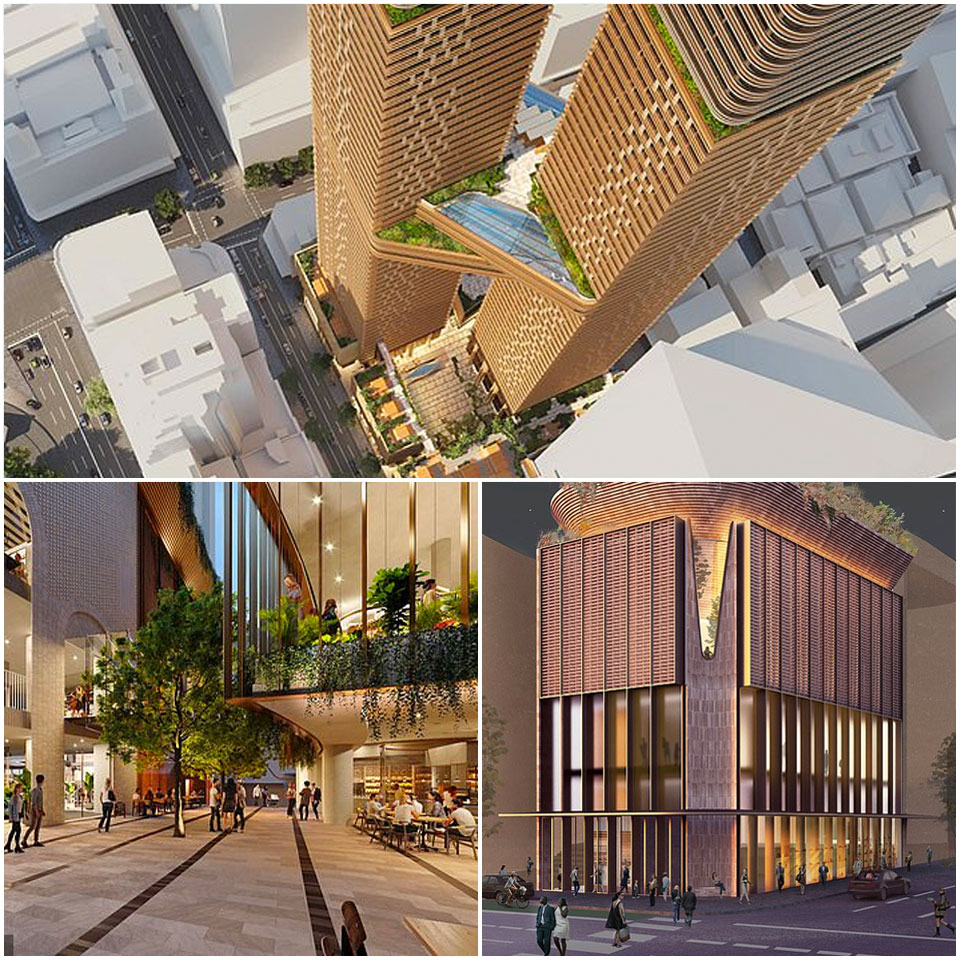 ▲ The twin 80-storey towers would be some of the tallest in Sydney's CBD with two sky bridges connecting the buildings at levels 36 and 38.

The twin 80-storey towers won approval from the Sydney Planning Committee in early 2021 and the project was unanimously supported within the City of Sydney Council, but has not advanced since then.

It was an ambitious development application that spanned eight sites in Sydney’s CBD and would redefine the city’s skyline.

The opulent twin towers would be some of the tallest in Sydney, five storeys taller than One Barangaroo, and would be connected via two sky bridges.

A consortium led by FJMT in conjunction with Trias Studio, Aileen Sage and Polly Harbison Design, won a design competition for the project in 2018.

The project was estimated to create 3090 construction jobs.

The Urban Developer understands Han’s Group received unsolicited approaches about the city block last year and had been weighing its options.

Billiau says if they hold the amalgamated site they will be looking to commence development in 2024 when they take vacant possession of the buildings on the site. The buildings would be demolished to make way for the 258m twin towers atop a podium.

Based in Shenzhen, China, Han’s Group was established in the mid-1990s. The company owns and develops commercial and residential properties such as the Hilton Garden Inn in Chelsea, New York.