Another seed asset has been revealed for the Gurner-Qualitas build-to-rent platform—a $300-million development that will deliver 300 residences across two towers at Melbourne’s St Kilda Junction.

The project, the third from the developer and real estate investment house’s partnership that has established a $1-billion build-to-rent platform, will be called Beach House and is set to be the first to begin construction.

The permit for the 2353sqm site at 3-7 Wellington Street has been amended to accommodate the Warren and Mahony-designed vision for the build-to-rent-backed mixed-use precinct.

“We are thrilled to be able to announce the acquisition of such an iconic site for our platform,” Gurner said.

“I have always loved St Kilda and I’m a huge believer in its future—this development will be an important gateway to the area. We hold a lot of responsibility in ensuring it becomes a timeless design statement that people are proud of.”

The latest addition to the portfolio follows the recent unveiling of two other build-to-rent sites at Melbourne’s Southbank and Parramatta in Sydney, with end values of $250 million and $450 million respectively.

“The third acquisition for the platform provides us with the critical mass to become a significant player in the build-to-rent sector,” Qualitas co-founder and global head of real estate Mark Fischer said.

“This gives us a significant base from which to build, as we continue to deploy our committed fund capital into attractive off-market opportunities.” 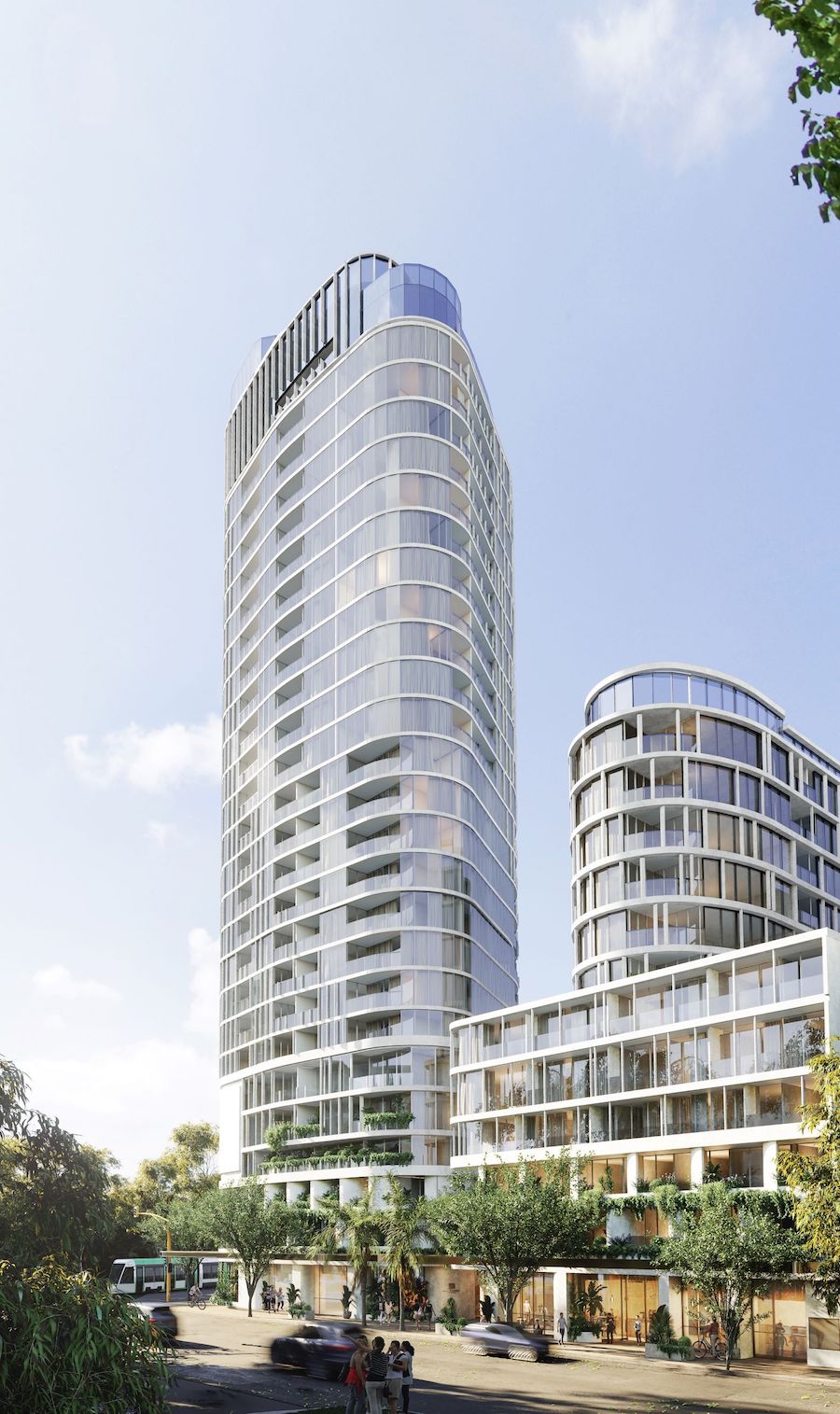 ▲ Beach House will be a $300-million development that delivers 300 residences across two towers at Melbourne’s St Kilda Junction.

After completing a capital-raising campaign, the Gurner-Qualitas partnership has a $1.2-billion war chest to fast-track the construction of 1700 apartments and fund the acquisition of further build-to-rent assets in Sydney, Melbourne and Brisbane.

“With strong demand expected from institutional investors for high-quality completed build-to-rent assets over the coming years, our focus on delivering assets in the most desirable neighbourhoods and leveraging their existing surrounding amenity is a key differentiator for our platform,” Fischer said.

He said the Beach House site had been identified as a stand-out for build-to-rent 18 months ago and would offer views over the Melbourne CBD, Albert Park Lake and St Kilda’s beach.

“We expect assets such as Beach House to be considered trophy A-Grade multifamily assets in the future, in the same way that we talk about trophy commercial, industrial and retail assets currently,” Fischer said.

It will also comprise 1563sq m of net lettable area across commercial and retail spaces.

“Beach House’s design is both elegance and informality,” he said. “The tower’s form and facade detailing are designed to create a fluid form that changes according to perspective and time of day ... responding to changing light.”

Gurner has closed out 2021 with a string of acquisitions and development announcements, with the momentum building after its Qualitas partnership teamed with Newmark Capital to transform Melbourne’s Jam Factory into a $1.5-billion mixed-use project.