Gurner has closed out a big year of acquisitions and applications strongly, lodging plans for a $450-million build-to-rent tower in Sydney’s fast-growing second CBD.

Gurner has put forward plans for a 62-storey residential tower at 12 Hassall Street in Parramatta—a 2050sq m site it picked up in mid-November from Toplace.

It is understood Toplace, led by Sydney developer Jean Nassif, accepted a bid of about $70 million for the property—formerly the Parramatta PCYC.

Toplace originally acquired the site for about $33 million in 2016 and sounded out plans for the skyscraper in 2017 after receiving demolition approval for the existing building on site.

Gurner has now built on Toplace’s plans for the site, designed by PTW Architects, proposing 328 build-to-rent apartments across a total of 32,600 square metres.

The tower, which will feature a four-storey podium, will be built above six levels of basement car parking for 216 car spaces and 173 bicycles. 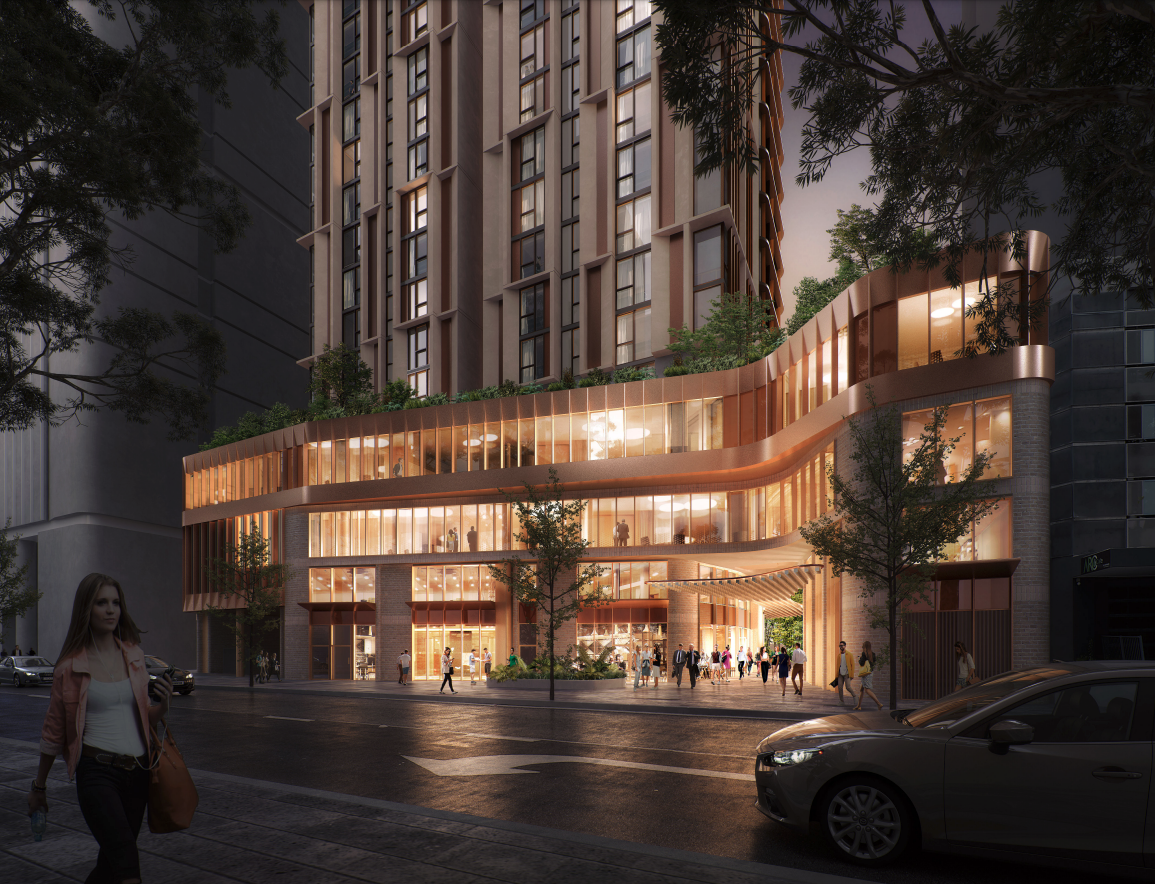 ▲ The development's four level podium will comprise three retail tenancies and a cafe at ground level and three levels of office space to be taken by the NSW Police.

Gurner has been quick to change tack and move on the build-to-rent sector amid a flood of capital pouring into the asset class and as a diversification of his portfolio.

Driving this has been a significant reduction in apartment supply, falling interest rates, and land tax breaks and incentives introduced in NSW last year specifically to drum up investment in the sector.

The Gurner-Qualitas partnership has since completed a capital-raising campaign worth almost $1.2 billion.

The war chest will be used to fast-track the construction of 1700 apartments and fund the acquisition of further build-to-rent assets in Sydney, Melbourne and Brisbane.

Gurner has since allocated the capital across a number of projects and is preparing to commence another round of capital raising in order to “aggressively” grow the size of the fund with mooted plans to build up to 5000 apartments over the next few years.

It has been a busy year for Gurner. In September, the Gurner-Qualitas partnership teamed with Newmark Capital to turn Melbourne’s Jam Factory into a $1.5-billion mixed-use precinct.

The Jam Factory development will comprise four residential towers with 400 apartments, a hotel with 180 keys, a 1700sq m plaza, three levels of retail and entertainment including a cinema as well as 22,500sq m of commercial space.

In Queensland, Gurner is planning to build four towers comprising 889 apartments and a 200-key hotel on the Gold Coast as part of a $1.25-billion joint-venture with investment house Wingate.

Meanwhile, Sydney remains a key strategic focus for Gurner in the medium term after the company set up a Sydney office last year.