[+] Charging Ahead: The Drive to Communal EV in Developments

Communal electric vehicles and state-of-the-art charging stations have emerged as a hot-ticket item in luxury developments.

Developers including Top Spring Australia and Cedar Woods are incorporating charging equipment for electric vehicles (EVs) or communal EVs as a drawcard for residents as part of their projects.

The move may also enable developers to cut down on the number of parking spaces in some developments, explains tech start-up Outbound chief executive Luke Rust. He confirmed the company is currently working with 40 developers on projects in Australia and the UK.

“Councils in denser regions are using development application conditions to enforce the provision of carshare spaces in new developments, and developers are using this as an opportunity to enhance their resident experience with a more intelligent, sustainable and exclusive carshare offering,” Rust says.

“The writing’s on the wall when it comes to electric vehicles, but owning one yourself is still very expensive. Longer term, we’re seeing a trajectory away from private car parking spaces altogether, with developments in Queensland and Victoria approaching us regarding exclusive mobility clubs that include more than 20 shared vehicles.”

Beulah is introducing the Sth Bnk Auto Club, a first-of-its-kind fleet of luxury vehicles for residents to use. It has committed to a full EV fleet by 2030. Addenbrooke is also offering communal Teslas at its new Sydney workplace development, Merchant House. Construction is due for completion in 2024.

▲ A render of Top Spring Australia’s $500-million The Newlands in St Leonards.

Top Spring Australia has teamed up with tech startup Outbound to roll out a fleet of communal Teslas in a new $500-million leafy residential development in Sydney, The Newlands in St Leonards.

Top Spring managing director Sydney Ma hopes the addition of electric vehicles as a part of the development will be a key selling point as it hits the market. He says the cost of the service will likely be included in the owners’ body corporate fees along with a nominal usage charge.

The shift to include communal electric vehicles comes after a meeting of state and federal building and energy ministers in October agreed to update the National Construction Code minimum energy efficiency requirements from 6 to 7 Star NatHERS ratings to ensure residential projects are equipped for the future.

The reforms, which will commence from May next year, will include additional energy efficiency measures that extend to making new homes electric vehicle-ready to avoid the costly exercise of retrofitting chargers.

Despite relatively low uptake among Australian drivers, the ability for developers to tick the ESG box to show investors that they are part of the push to a greener future is part of the motivation to embrace electric vehicles.

Access to a communal vehicle is also increasingly enticing amid rising cost of living pressures and a steady decline in car ownership in Australia.

The Electric Vehicle Council has been speaking to developers about the lower costs involved in installing charging stations during the construction phase. 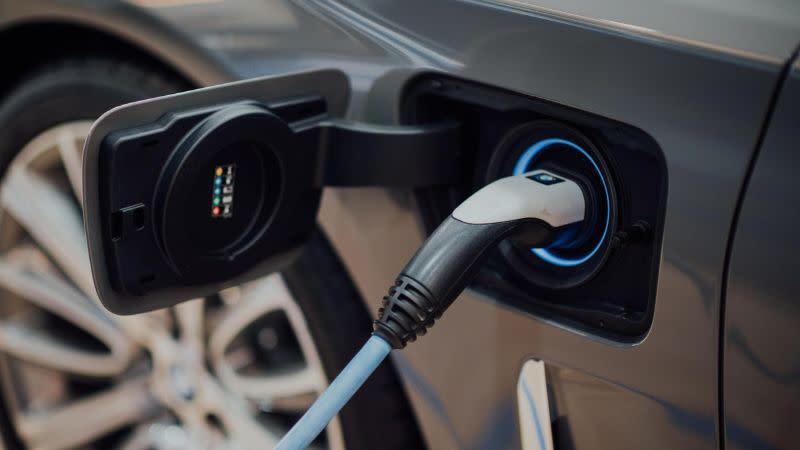 ▲ The inclusion of EV charging facilities from the earliest stages of a project can equal significant savings in time and money.

“If there’s one resident who has an EV after the apartments are developed, the cost to incorporate a charging point could weigh heavily on everyone else in the building, with upgrades potentially costing tens of thousands of dollars,” the council’s head of energy and infrastructure Ross De Rango says.

If every car in the complex was charging at the same time, it would be costly, De Rango says.

There’s also a need to incorporate costs in a way that doesn’t impact residents who are not using EVs. This could be done through strata fees or an external network provider, he says.

“Developers need to include systems that will schedule the majority of EV charging to off-peak times, when electricity is cheaper, such as at night when residents are sleeping and there’s spare network capacity,” De Rango says.

The charging stations will be available at 16 commercial and office precincts nationally including Barangaroo and Darling Square and Melbourne Quarter, as well as a range of shopping centres in NSW, Queensland and WA. 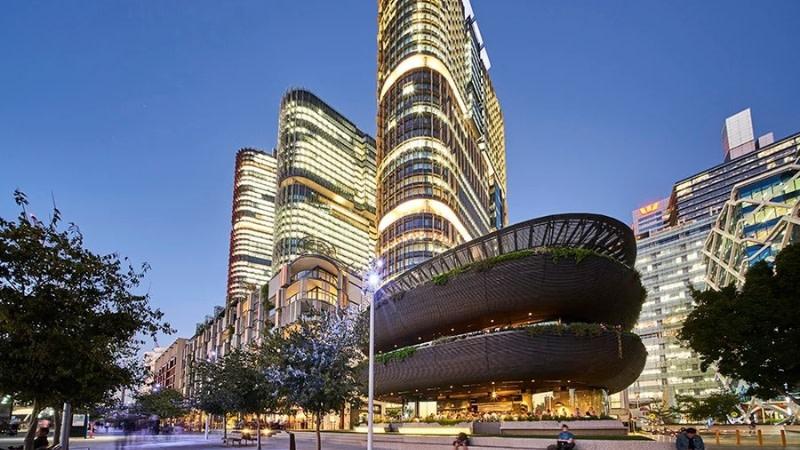 ▲ Barangaroo in Sydney is among the Lendlease developments slated for EV charging facilities.

“We remain forward-thinking on introducing key sustainability focused infrastructure within our developments to ensure our assets are adaptable now and into the future to meet our customer needs, while accelerating us on our pathway to achieving absolute zero carbon by 2040,” Orth says.

EV chargers have been installed by developer Cedar Woods at its Huntington Apartments in Clayton South. A Tesla will also be available to hire by the hour for residents.

“Our own new requirements mean EV infrastructure must be installed in a way that services all cars in the building. This includes switchboard sizing, off peak load management and cable trays for future EV charging installations by the purchasers,” Cedar Woods managing director Nathan Blackburne says.

Typical budget is between $5000 and $10,000 per shared car for the set-up of the site including charging stations, signage, cameras, communications network and community activation.

“The key variable cost is associated with access to and availability of power, which differs from building to building,” Rust says.

For it to work for both developers and councils, properties also need to be well connected to public transport and located close to amenities such as supermarkets, gyms and shared workspaces, he says.