A legal battle is brewing over the fate of the crumbling heritage-listed MLC Building at North Sydney.

But its plans unravelled as the New South Wales government architect and Special Minister of State Don Harwin stepped in to support the property’s state heritage listing, following a public outcry.

Investa objected to the potential listing of the MLC Building on the state heritage register, citing a 2013 decision by the NSW heritage council not to list the building as it wasn’t of “significance to the state”, but to no avail—the building was added to the register in June 2021.

Amended plans were submitted to North Sydney Council in late December and the case is before the Land and Environment Court this week as Investa looks to salvage its $500-million plans for a 27-storey commercial tower on the 6640sq m site. 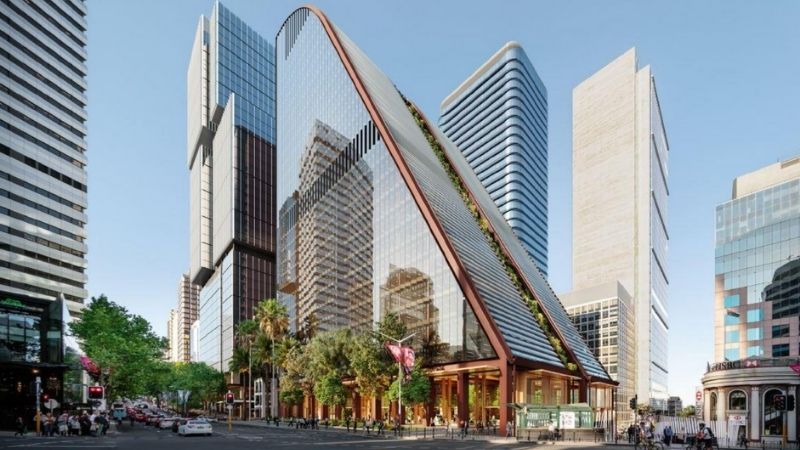 In November, Investa was granted leave by the court to resubmit plans with amended heritage and environmental effects statements.

Following the resubmission of the development application and the revised documents relating to the integrated development and state heritage listing, the matter was listed for a directions hearing this week.

A conciliation conference is slated for March and, if an agreement is not reached, the matter will return to court.

In initial appeal court documents, filed in August 2021, Investa sought to have its appeal upheld and be granted approval to demolish the existing MLC Building to make way for a 27-storey commercial tower.

Investa has also commenced judicial proceedings against Special Minister Don Harwin challenging his capacity to “direct the listing of the MLC Building on the State Heritage Register”.

The building at 105-153 Miller Street is wholly owned by the Oxford Investa Properties Partnership—one of six assets making up its $2.3-billion portfolio.

According to the NSW Valuer General the land alone is valued at $57.4 million.

“The office market is evolving … the B-grade space that [the MLC building] offers in North Sydney is no longer relevant for that market,” Callaghan said. 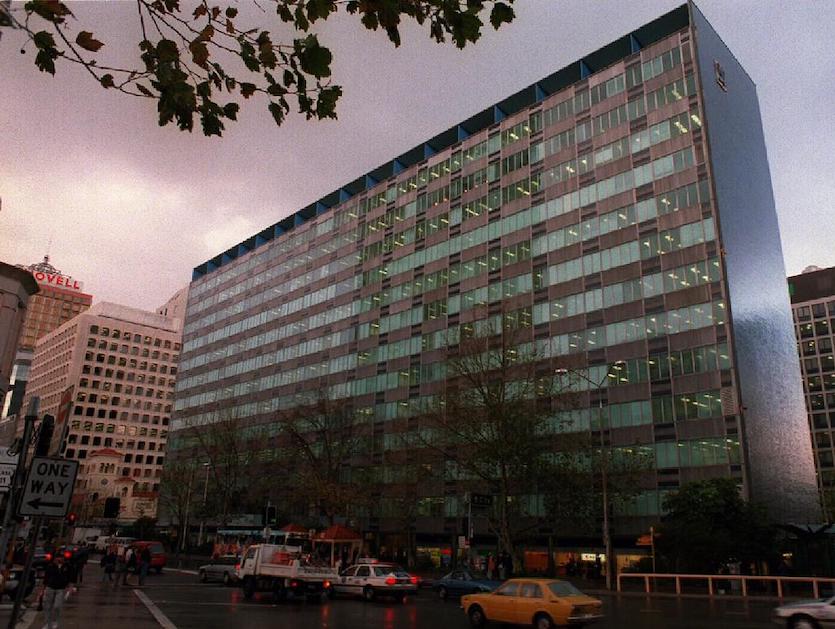 ▲ Renovation work needed to bring the MLC Building up to modern standards has been estimated at $118 million.

Ethos Urban’s revised statement of environmental effects claims a reconstruction of the ageing building would cost about $120 million and was not commercially viable.

“The building services have passed their intended lifespan … the existing building fit-out has an aged and complicated fire-proofing system that limits the flexibility of new fit-outs for multiple tenants and requires a complete replacement to accommodate tenant fit-out requirements,” the report said.

“Typically, modern commercial office buildings are designed and constructed with an overall life expectancy of 40 to 50 years.

“The cumulative sum of these issues requires the building to be stripped back to its structural system and reconstructed again. This is a substantially complex and costly design and construction exercise to restore it to the level that retains its architectural integrity.

“An independent quantity survey of the necessary restoration works outlined above has been costed at approximately $118 million.

“It is not economically viable for the owner, or any likely future owner, to expend such a significant amount of capital on an asset which cannot attract the necessary increase in rents required to fund it.”

Bates Smart, also the original architect of the MLC Building, said it had worked for more than a decade to find a feasible solution to avoid demolition but it was not viable.

In planning documents the firm supported the demolition, saying “Bates Smart are highly aware of the importance and legacy of this pioneering piece of architecture”.

“Our aim is to design a building in the spirit of MLC that is as pioneering for the 21st century as MLC was for the late 20th century, creating a new legacy for North Sydney in the 21st century,” the report said. 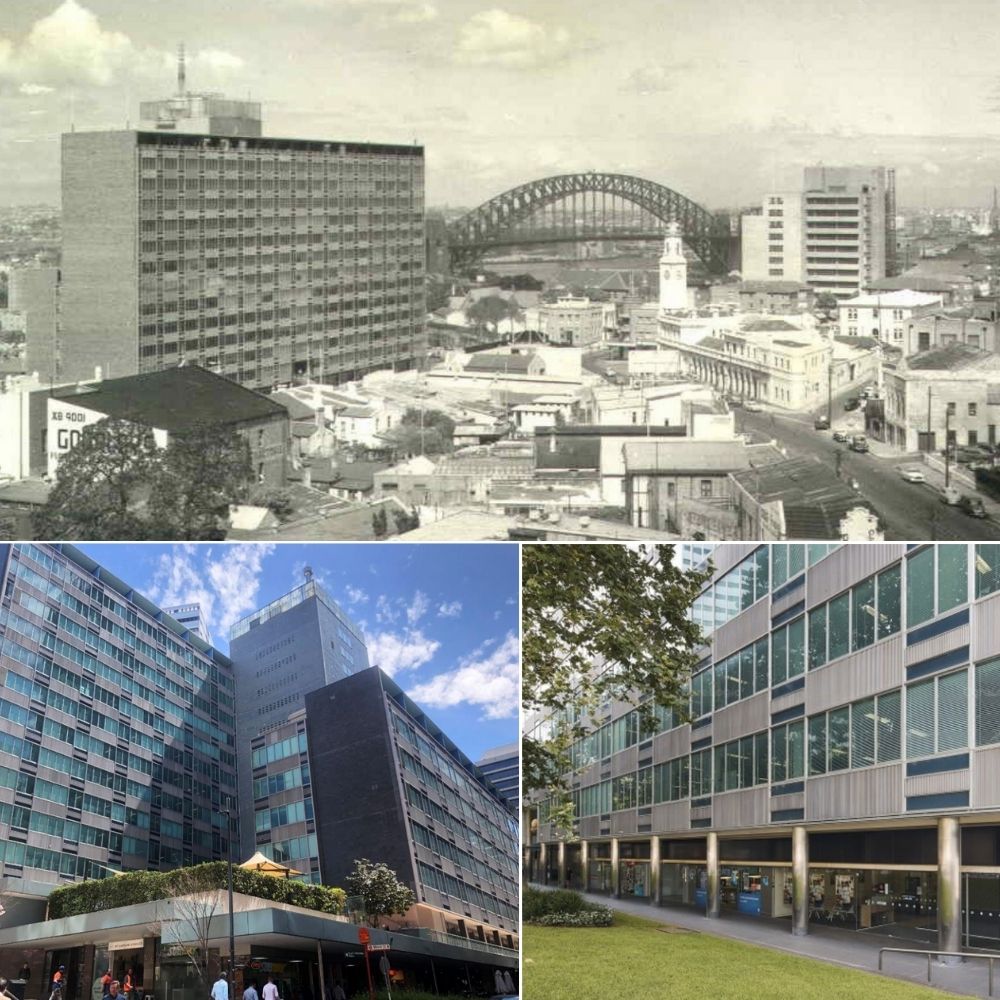 ▲ The iconic 1957 MLC Building was revered for its use of glass curtain facade, and as the first commercial high-rise in North Sydney.

The Bates Smart & McCutcheon-designed MLC Building at North Sydney was completed in 1957 and was the first high-rise building in the area.

Ahead of its time, the building was the first to incorporate a glass curtain wall facade system, heralding the era of decentralisation of Sydney’s CBD. It is constructed from lightweight steel, due to scarcity of materials in the post-war era.

At the time of its opening in 1957, it was the largest office building in Australia with a gross area of almost 42,000sq m across 14 storeys and a frontage of 100 metres.

“It is considered that the proposed demolition of the MLC Building—an integral component of the proposal—is an acceptable development outcome despite the resultant impact it will have on the heritage listing of the site,” he says.

“[It should be approved] subject to the imposition of appropriate heritage conditions in relation to archival recording, retention of significant items of moveable heritage.”

Elliott supported RPS’ initial heritage impact statement and recommendation for the retention of heritage items, archiving and reusing where possible within the new development.

The NSW State Architect's office was approached for comment, but did not respond.

July 7, 2020 Investa lodges plans with North Sydney Council for the MLC building at 105-153 Miller Street. At the time the DA was lodged, the MLC Building was identified as an item of local heritage significance under Schedule 5 of the North Sydney Local Environmental Plan 2013

November 4, 2020 The Heritage Council made a recommendation to the Special Minister of State Don Harwin for the listing of the MLC Building on the State Heritage Register.

February 23, 2021 Minister Harwin requests that the Independent Planning Commission (IPC) review the recommendation made by the Heritage Council of NSW.

March 1, 2021 The Minister enacted an Interim Heritage Order for the MLC building.

May 21, 2021 The IPC report recommends the building should be added to the State Heritage Register.

June 2, 2021 Consistent with the IPC’s recommendation, the Minister directs the Heritage Council of NSW to list the MLC Building on the State Heritage Register.

September 2021 Investa lodges an appeal in the Land and Environment Court; the DA before the North Sydney Council is deemed to be refused.

December 17, 2021 Investa relodges plans for the MLC Building at 105 Miller Street, reflecting its desire to demolish a heritage-listed building.

January 17, 2022 The matter is before the Land and Environment Court.