Working from Home, Design and the ‘New Normal’: The Sustainability Message

The world has changed. The unprecedented disruption to our lives caused by Covid-19 and the accompanying physical distancing restrictions introduced to stop is spread has changed many aspects of our lives that we previously would have considered to be unchangeable.

We joined The Urban Developer’s residential summit this week to discuss sustainability and residential housing in general, with six key themes emerging. 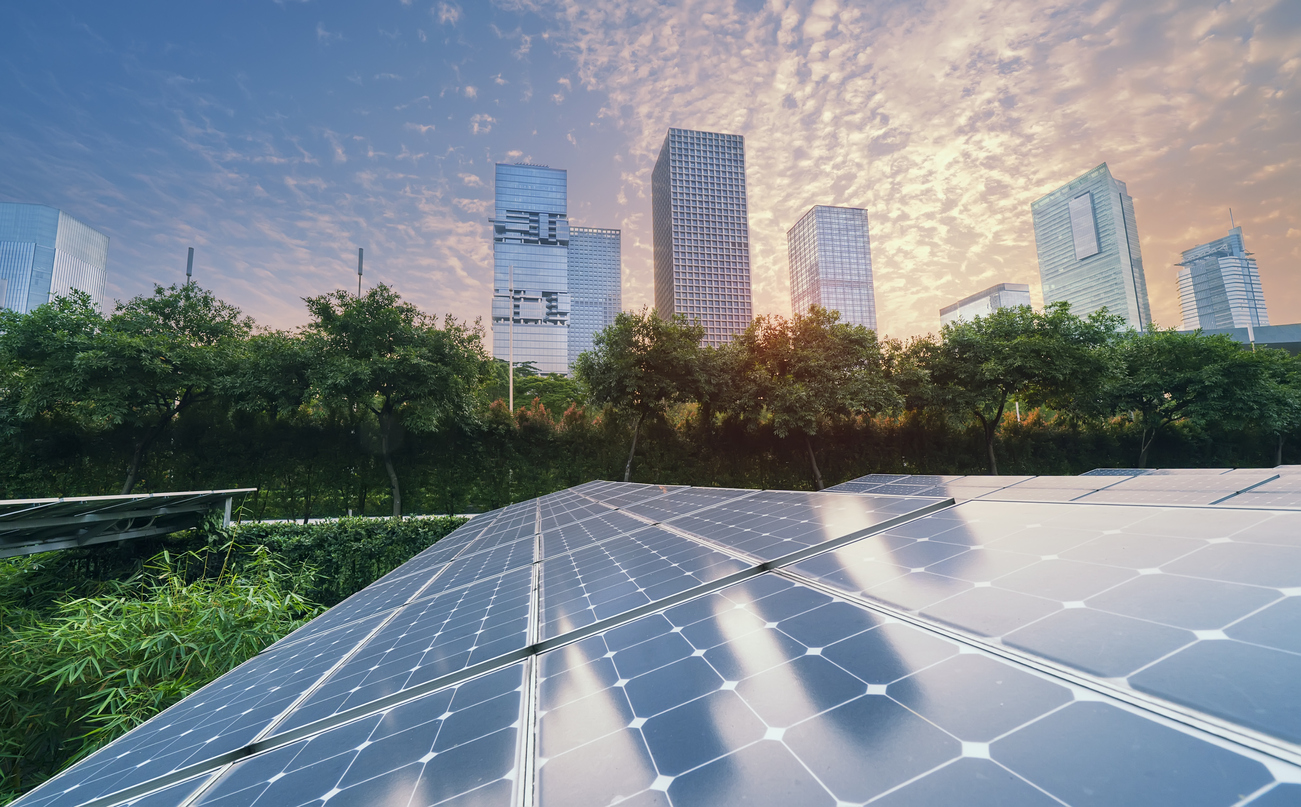 There was overall agreement on the panel that the sustainability and sustainable development message will only be reinforced by our Covid-19 experience.

It has impacted the way we live, work, play and move around in our cities in many and varied ways.

Importantly, the Covid-19 restrictions and distancing measures has given us a snapshot of what a lower-carbon, less resource intensive city lifestyle might be like.

This “new normal” has prompted us to question some of our assumptions on aspects of city living and human behaviour that we previously thought were too hard to change. 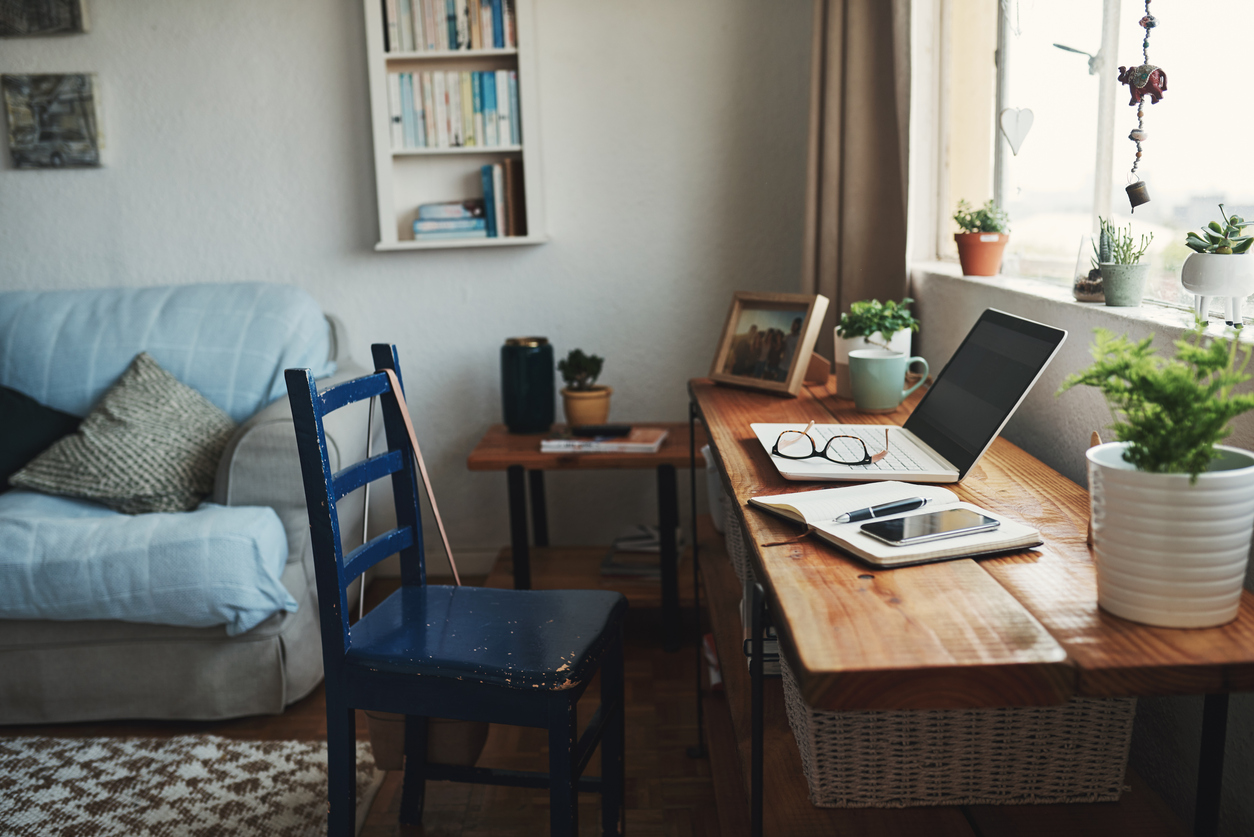 Many of us are now questioning the way we were working and commuting in our pre-virus way of life.

For many jobs there are no real impediments to working from home, and our recent experience has shone a light on the massive waste of time and productivity that results from so many of us having to travel to and from our workplace every day.

This is particularly the case if you were expected to travel in congested peak hour traffic.

We have had the technology to work from home for many years but for many reasons have been reluctant to try it. It has now been forced upon us and many companies and their employees are finding out that it is not such a bad thing after all.

This has been the opportunity for many companies to run a large-scale experiment on productivity of their people when the majority are working from home – and it would not surprise me if studies come back showing no lowering of productivity due to time gained from not having to commute.

There have already been surveys released showing around 80 per cent of people expect to increase the amount of time that they work from home or change travel times to avoid peak hour traffic when restrictions end.

This has massive implications for the way we design and use our homes, our offices, and our transport systems. 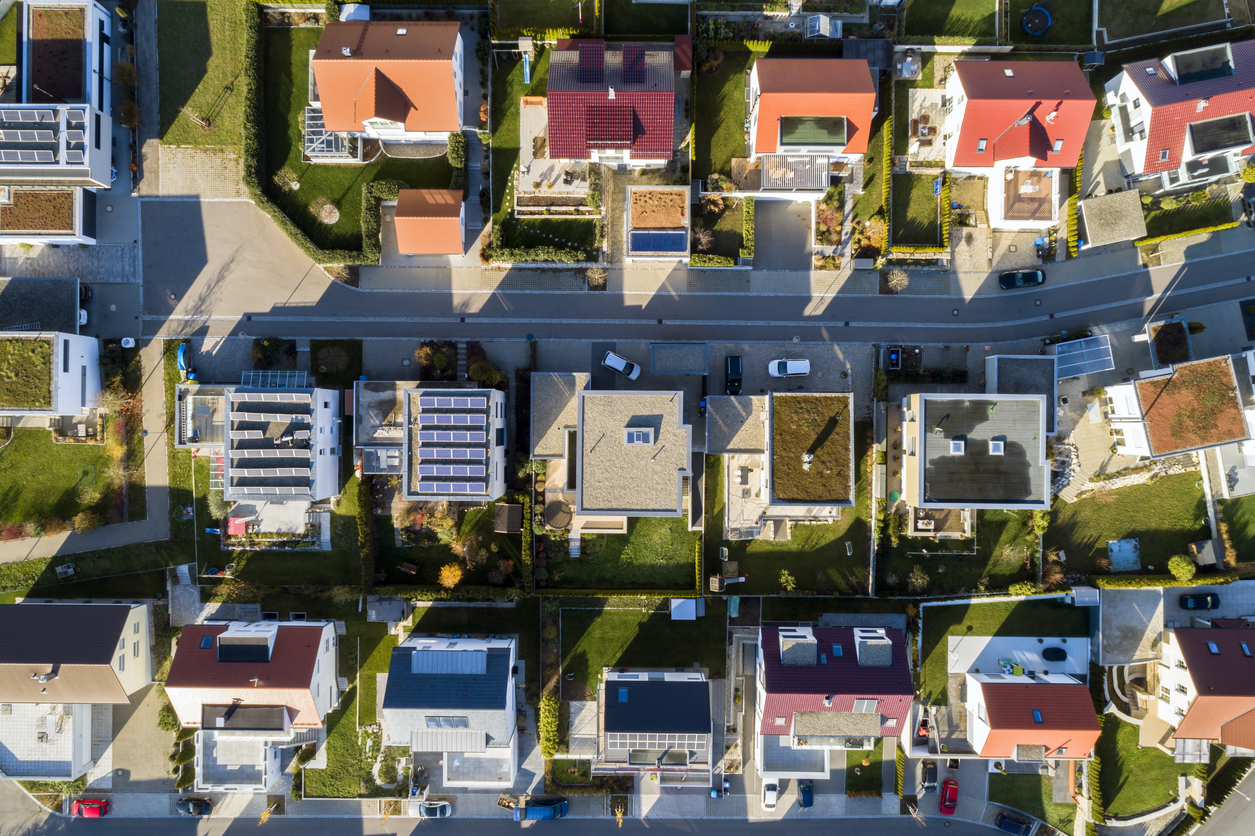 Our homes have become more than just places where we live—for many of us they are now our home offices, our education centres (for ourselves and our children), our entertainment venues, our delivery procurement centres.

And we are spending longer there for longer periods of time than we ever have before. It follows that we will be watching our bins fill up faster than usual, our power and water usage and bills both going up as we notice how hot it gets without turning on the air-con.

This is likely to raise our awareness of the sustainability performance of our homes and lead to a greater questioning of the “off the shelf” project home designs that dominate our new home builds.

Too often standard project home designs are selected by buyers using building aesthetics and design features as primary drivers—and then placed on the land with minimal consideration of building orientation, passive climate design and building performance.

Even before Covid-19 confined us to our homes, survey after survey shows that people want their living environment to be more sustainable in terms of things like water and energy use, healthier in terms of low toxicity materials, and increasingly greener through integration of planting—but they expect it to be done for them without an additional cost.

The challenge will be translating that model for a sustainable house into a design that can compete in the market with the off-the-shelf project homes. 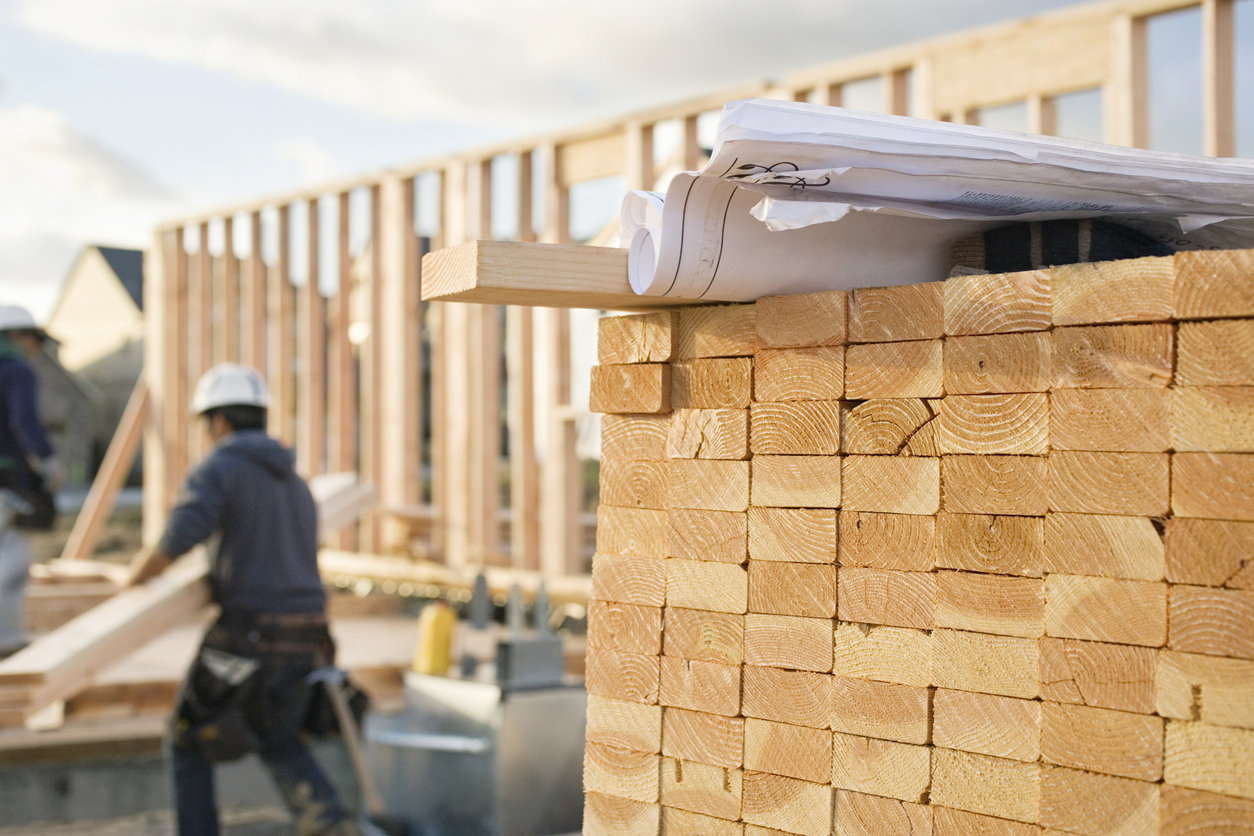 So how to challenge to project home model? Margins are exceptionally tight in the project home market but there is also a growing understanding that implementing sustainability and circular economy thinking into the delivery of all buildings will help save money on the construction.

This is particularly the case now there is a waste levy in place in Queensland and other states—the incentive has never been stronger to design out waste, to maximise materials use, and to pressure supply chains on packaging and material sourcing.

We also have to take proactive measures to make sure that those cost savings are shifted to provide funding for other sustainability measures to be built in, and help sustainable homes compete for minimum standard project homes.

Not only that, in the Covid-19 world people are increasingly buying local.

If we as an industry can start educating buyers around issues like local sourcing of construction materials and interior finishes—to preference a local product rather than the cheaper one from overseas—then we can have a better discussion with them around cost and broader values.

Even before the virus disruption, issues like cladding fires caused by cheap, poorly regulated overseas products were starting to shift demand and specifications back to Australian made alternatives.

If you explain these issues to new home buyers, combined with the massive employment shock in the community from Covid-19, we can help people understand that they are helping a local business and helping to keep local jobs when they choose local products.

This should help shift price points so they are willing to pay a bit more for the local sources. The buy-local aspect is going to a major selling point for new homes going forward post Covid-19 – and this has many benefits for sustainability as well, not least of which cutting down on the embodied carbon from international shipping.

Localisation of amenities and parks 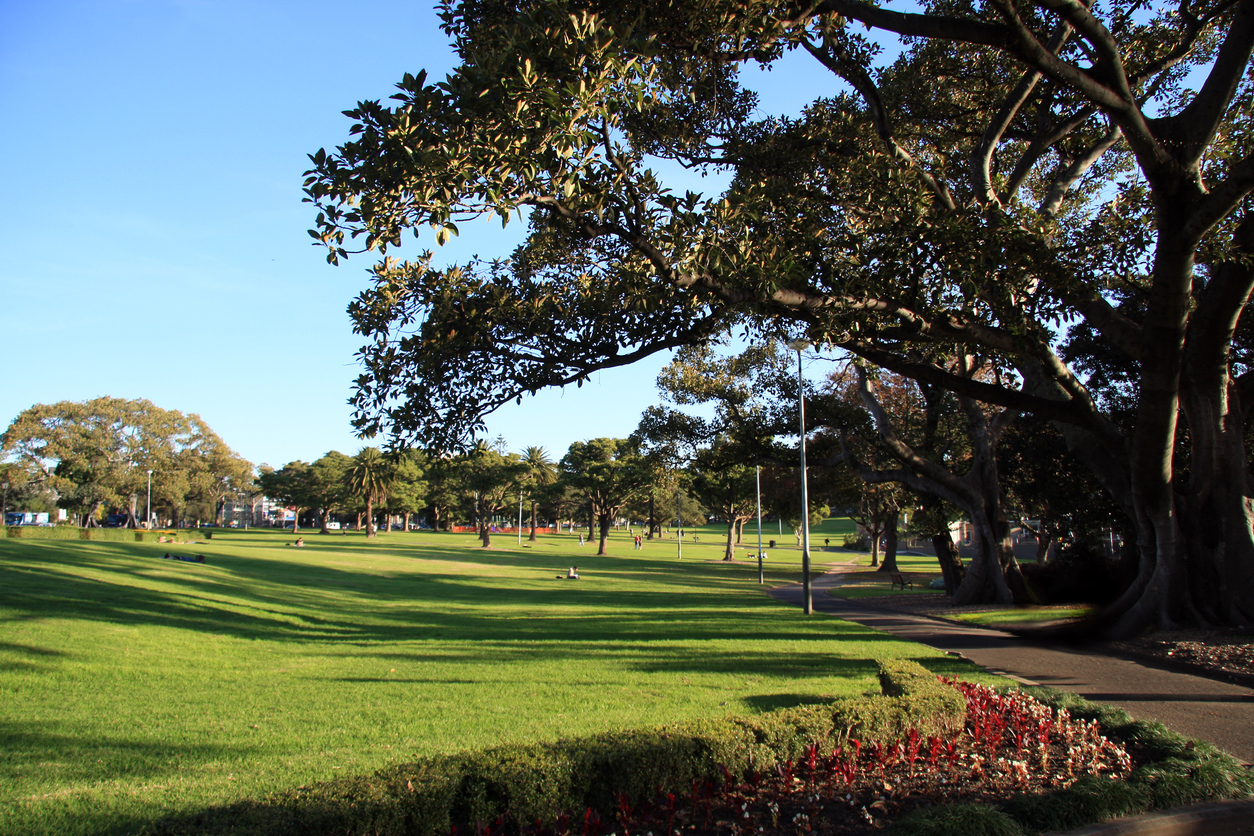 We are also seeing a rise in demand for local amenities closer to where we live as people are restricted to their neighborhoods. Added to that we are seeing increased numbers of people walking and cycling—primarily for exercise but also for quick local errands.

It follows that areas which have walkable amenities—whether in denser inner-city areas or in outer suburban areas—will experience greater demand.

For the development industry, we have already seen state governments starting to change subdivision design codes to reflect a demand for more walkable, healthy and active communities, such as the Queensland government's model code alterations which include measures like compulsory footpaths and street trees, and requirements for a park or open space to be within 400 metres of every residence.

In the case of parks, there are too many of us who live outside walking distance from a park or green space—and many studies have shown how this has negative implications for our physical and mental health.

Retrofitting green space into existing areas is a challenge, but it can be done. As an example various cities around the world are switching minor and secondary streets to green streets with dramatically increased landscaping and trees, and speed limits reduced substantially to 10-20 kph (not unlike a caravan park environment).

This discourages non-local through traffic, encourages local walking and cycling, and increases opportunities for street trees and vegetation outside of services zone for provision of shade and amenity.

With our car traffic volumes significantly down now is the time to make our streets more about people than about cars—to make safe green street routes to and from our schools and parks and local shops, and to reconnect with our neighbourhood at a more personal scale compared to impersonal and de-humanising aspects of driving there in a car. 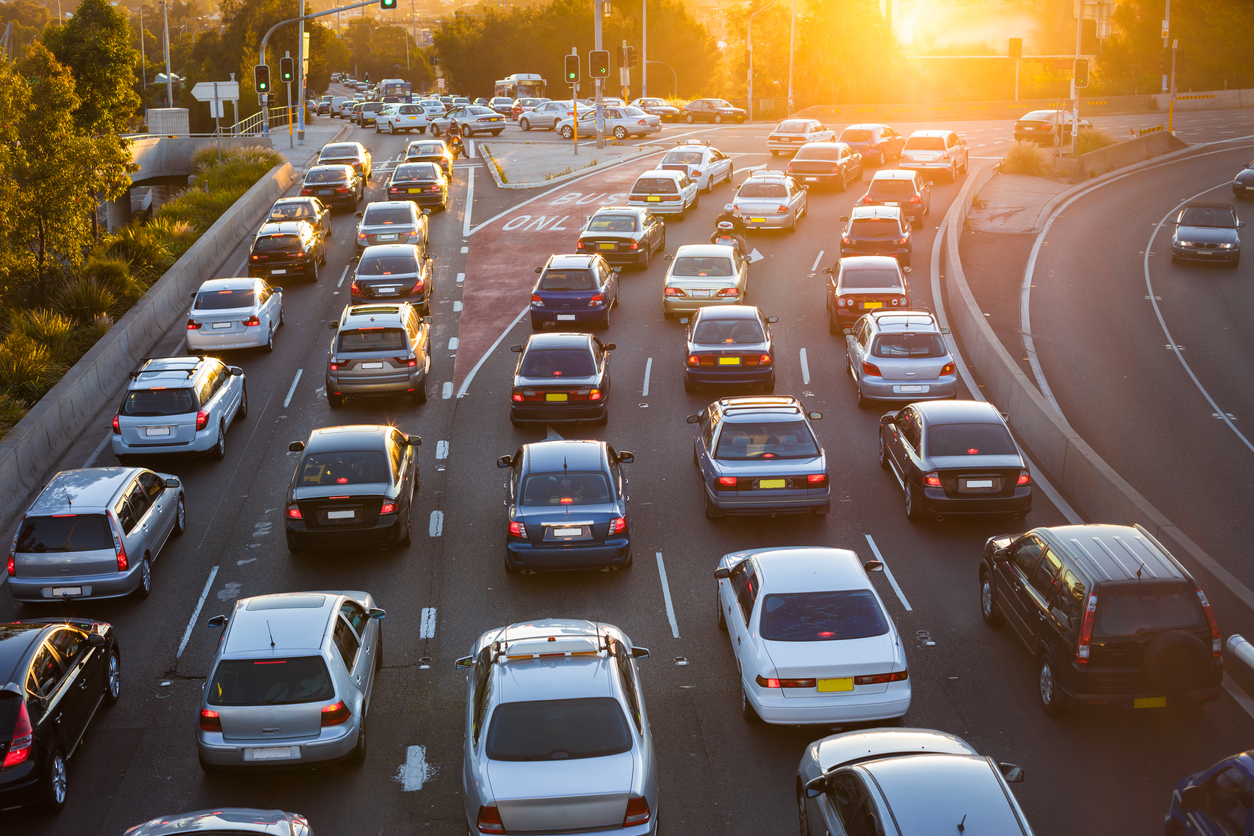 Is peak hour dead? There is a strong likelihood that peak traffic volumes will take many years to get back to what they were pre Covid-19, as more people stay working from home or shift their starting and finishing times.

With our major roads designed for those peak periods, and with significantly lower volumes during the rest of the day, it follows that there will be significant extra capacity in our road network which can be reallocated to other uses.

In some areas of the city the physical distancing rules are extremely difficult to follow on narrow footpaths and bike lanes, all while the roadways next to them are mostly empty of car traffic.

Many cities around the world have already reallocated a lane of road space on major two-lane roads for wider footpaths and separated bike lanes, temporarily at this stage, but it may be that this is the precursor to a permanent change.

Some commentators have suggested that a reversion to private cars and avoidance of public transport will cause a dramatic increase in congestion when restrictions are lifted.

This commentary however ignores the fact that public transport users chose public transport in the first place because it was cheaper or easier than private cars for their own personal situation—particularly when parking costs were factored in.

Those advantages of public transport for those people haven’t changed—and that is why we have seen former public transport users in overseas cities largely move to bicycles and walking instead of private cars—again for cost and convenience factors.

For all the tragedy around Covid-19, it has given us a unique opportunity to re-think how our cities, our suburbs, our transport networks and our homes work.

Wolter Consulting’s mission is to plan, design and deliver more sustainable outcomes in our built environment – talk to us about your next project.

The Urban Developer is proud to partner with Wolter Consulting to deliver this article to you. In doing so, we can continue to publish our free daily news, information, insights and opinion to you, our valued readers.