Plans for a trackside hotel and infinity pool have been scrapped following a stoush between a developer and the Gold Coast City Council that ended when the Gold Coast Turf Club bought the contentious site for $6.6 million.

The Gold Coast City Council rejected the plans in May of 2021, at which point an appeal was lodged in Brisbane’s Planning and Environment Court. But the appeal was short-lived and rescinded in December last year.

The Gold Coast Turf Club has now bought back the site, wedged between the track, turf club, and the Benowa Effluent Facility in a $6.6-million deal that settled in April 2022.

The Urban Developer understands the deal had been conditional on the Turf Club's due diligence and feasibility studies on the site.

The C&K Architecture-designed project was for three arc-shaped buildings atop a podium, and was planned to offer short-term hotel accommodation, as well as permanent residences, retail and commercial tenancies and an event space. 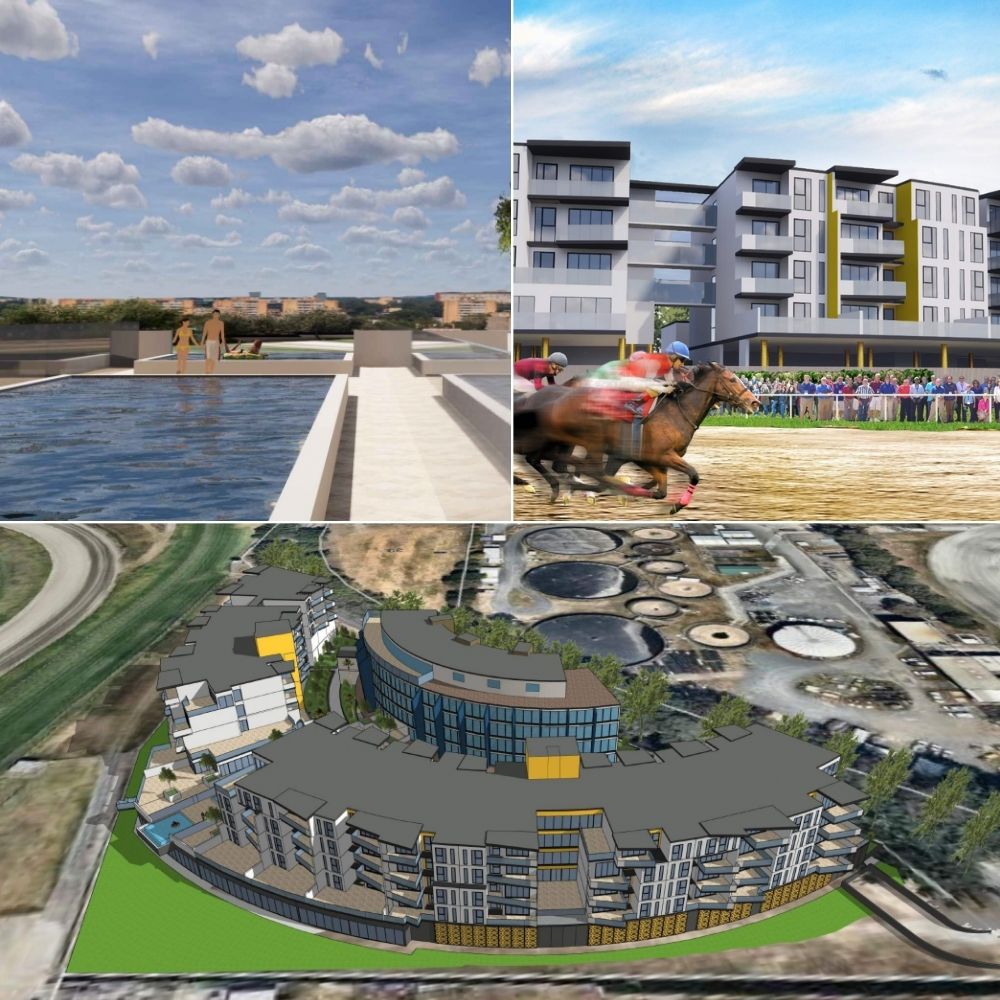 ▲ Corcoris Group has sold the trackside site after its plans for a hotel and residences was blocked by the Gold Coast City Council.

Gold Coast City Council cited a number of issues in its rejection of the development application including an inappropriate land use for land zoned for active recreational uses, the height and intensity of the development, and its close proximity to the Benowa waste treatment plant.

It was the latest in a string of developments proposed for the site, once owned by the Council, which have failed to get out of the ground.

Plans for a four-storey mixed use development comprising a 64-suite motel, restaurant and conference facilities were approved for the site, which the Gold Coast Turf Club sought, unsuccessfully, to block through the Planning and Environment Court.

The land will now be absorbed in Gold Coast Turf Club’s landholdings and may become the site office for the $38-million revamp of the home of the Magic Millions.

The Queensland State Government will pour in $33 million for the redevelopment of the site, alongside the Turf Club’s $5 million commitment to the project, with work due to begin this month.

The program of work proposed on site includes the refurbishment of existing racing surfaces, lights and facilities to enable night racing, an equine tunnel to the infield, and a  new all-weather synthetic track.

Australia's turf clubs continue to redevelop their racetracks with in-field property plays, however, there are no plans for the Bundall racecourse yet.

The Gold Coast Turf Club is aiming for the project to be completed in time for the Magic Millions in 2024.