It has been called 'architecturally cultured' and a 'beautiful addition to the London skyline'. But the 72-storey, mixed-use tower known as The Shard is more than just a pretty facade.

The Shard is also considered a 'vertical city', with multiple and varied occupiers operating within the building up to 24 hours a day including hotel, education, medical, tourist attraction, residential, retail, restaurant, and office offerings. The Shard’s proximity to London Bridge Station, which itself is being transformed into a 21st-century transport hub used by 75 million people a year, means travelling to it is a smooth experience for occupiers and visitors alike.

The Shard was a response to the urban vision of London Mayor Ken Livingstone and to his policy of encouraging high-density development at key transport nodes in London, which relied on the proximity of public transportation and discouraged car use, helping to reduce traffic congestion in the city.

Designed by Renzo Piano Building Workshop (RPBW), The Shard drew inspiration from the spires of London churches and the masts of tall ships depicted by the 18th century Venetian painter Canaletto to create a spire-like sculpture emerging from the River Thames. 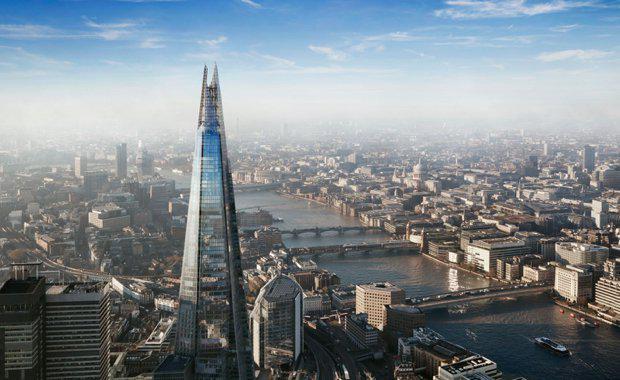 The building takes a pyramid form to accomodate for the order of its floor functions. Offices make use of the large floor plates on levels 4-28, and directly connected to the busy transport hub at ground level. Immediately above are three floors of restaurants and bars. The hotel occupies the central section of the building, with the residences above, where the building is slender enough for its private apartments to have views on all sides. The final floors accommodate a public viewing gallery, 240 metres above street level.

Top 10 Modern Architectural Masterpieces For Your Bucket List]According to RPBW, the eight sloping glass facades are the “shards” that define the shape and visual quality of the tower, fragmenting the scale of the building and reflecting the light in unpredictable ways. Opening vents in the gaps or “fractures” between the shards, provide natural ventilation to winter gardens.

"The extra-white glass used on the Shard gives the tower a lightness and a sensitivity to the changing sky around it, the Shard’s colour and mood are constantly changing," RPBW said.

"It required a particular technical solution to ensure the facade’s performance in terms of controlling light and heat. A double-skin, naturally ventilated facade with internal blinds that respond automatically to changes in light levels was developed. 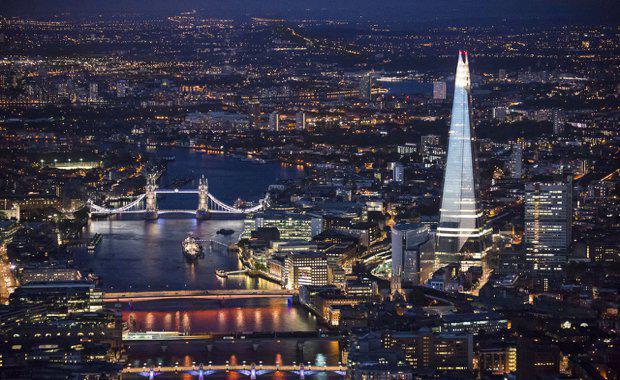 The Shard's developers said Piano’s sophisticated use of extra white glass, with these expressive façades gives the tower a lightness and a sensitivity to the changing sky around it, The Shard’s colour and mood are constantly changing according to the weather and seasons.

"It required a particular technical solution to ensure the facade’s performance in terms of controlling light and heat. A double-skin, naturally ventilated facade with internal blinds that respond automatically to changes in light levels was developed.

"Outstanding architecture is why a million people visited The Shard’s viewing platform in its first year; why up to six thousand people a day visit The Shard’s restaurants and bars; why tens of thousands are expected to visit the Shangri-La hotel; why its office occupiers are reporting substantial uplift in new business since moving in; and why Londoners, especially, embrace this magnificent building."

The Shard's developer and part owner Irvine Sellar admitted that creating The Shard was no easy feat. His idea was to build a diverse vibrant community, and provide multiple areas within which the public could experience the building and its magnificent views, and so arranged lunch in Berlin with  Renzo Piano.

"The architect’s initial reaction was far from encouraging," Sellar said.

“Renzo said, ‘you know, I hate tall buildings – they are arrogant, aggressive, like fortresses.’ I thought it was going to be a short lunch.

“But there was something about the energy of the railway lines and the beauty of the Thames that appealed to him. So Renzo turned over his menu and started to sketch. What he drew in a matter of seconds bears a remarkable resemblance to The Shard today."The developers admitted that some challenging years followed, during which the project overcame a lengthy planning process and a high-profile public inquiry, only for investment to slip away following the global economic crash.

However, there were some who were more determined than ever to see The Shard become reality. In 2008 the State of Qatar partnered with Sellar to provide the funds necessary to begin demolition works that year and eventually construction in 2009.

"Pioneering engineering methods were used, such as top-down construction, where foundations are dug while the core is built up – a first for the UK," the developers said.

"Over one 36-hour period – employing 700 lorry-loads, one every three minutes – the team poured 5,400 cubic metres of concrete."In 2012, The Shard was completed and was proudly and officially opened by the Prime Minister of Qatar. It was formally inaugurated by Prime Minister and Minister of Foreign Affairs of the State of Qatar Sheikh Hamad Bin Jassem Bin Jabor Al Thani, and HRH the Duke of York KG. 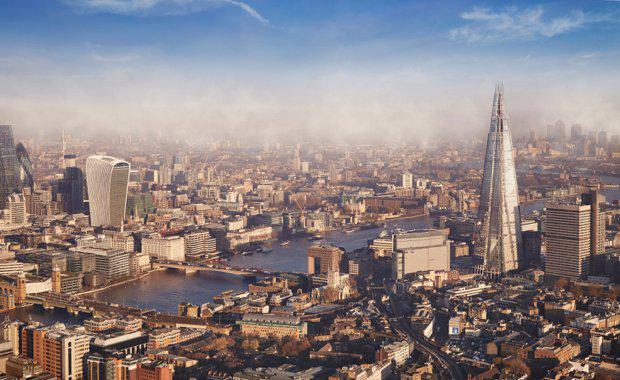 The Shard's life through the years

After a government white paper encourages the development of tall buildings at major transport hubs, Irvine Sellar decides to redevelop Southwark Towers, a 1970s office complex he had acquired, and which was occupied by PwC.

Sellar meets Renzo Piano in Berlin and asks him to create a 'vertical city' on the Southwark Towers site - a place where people would work, live, visit and enjoy themselves. They agreed it was fundamental to have public access to the building - something that would be unusual for a tall structure in London.

After the financial crisis causes problems for the project, a consortium of Qatari investors steps in to provide funds and work to demolish the Southwark Towers begins in April

: Demolition of the existing site is completed and construction starts in March

As construction continues, the concrete core of the building rises steadily by approximately three metres a day until in November, it becomes Britain’s tallest building, replacing One Canada Square in Canary Wharf.

The core is topped out in early 2011 and as work continues, by late December 2011, the Shard overtakes the Commerzbank Tower in Frankfurt to becomes the tallest building in the European Union.

On March 30, the 66-metre spire was winched into place, bringing the tower to its full height. The building is inaugurated in July by the Prime Minister of Qatar, Hamad bin Jassim bin Jaber Al Thani, in a ceremony attended by Prince Andrew, Duke of York.

The viewing platform is officially opened by the Mayor of London, Boris Johnson, on 1 February. The Shard's restaurants and bars - Hutong, Oblix and Aqua Shard - open over the summer, at the same time as the first office tenant, Duff & Phelps, moves into the building. In November, Her Majesty the Queen and HRH Prince Phillip visit The Shard.

#Companies
AUTHOR
Staff Writer
"TheUrbanDeveloper.com is committed to delivering the latest news, reviews, opinions and insights into the best of urban development from Australia and around the world. "
More articles by this author
ADVERTISEMENT
TOP STORIES
Residential