The hotel boom in Sydney’s emerging “second CBD” is still in full swing despite Australia’s tourism and hospitality sectors taking another Covid hit from the Omicron variant.

Sydney-based developer Holdmark Property Group has filed plans with the City of Parramatta Council for a dual tower development, one of which will accommodate a five-star Intercontinental-branded hotel.

Touted as Parramatta’s first luxury hotel, it will comprise 212 rooms across a slender 31-storey tower capped by a rooftop bar and signature restaurant with outdoor terrace.

Along with a 24-storey office tower, the hotel will sit atop a three-level retail podium and four levels of basement that will feature a grand ballroom as well as car and bike parking.

The development is earmarked for a high-profile 4300sq m holding—bounded by Church, Macquarie and Marsden streets—in the heart of Parramatta and sits next to a site subject to a planning proposal and design competition for a future Hilton Hotel.

Several other hotel developments are currently planned or under way in Parramatta and expected to deliver 945 new hotel rooms by 2025.

Among the surge in activity, brands like QT, Sebel, Sheraton and Travelodge have been jostling to secure a foothold in the area as it continues to undergo a phase of urban revitalisation and transformation. 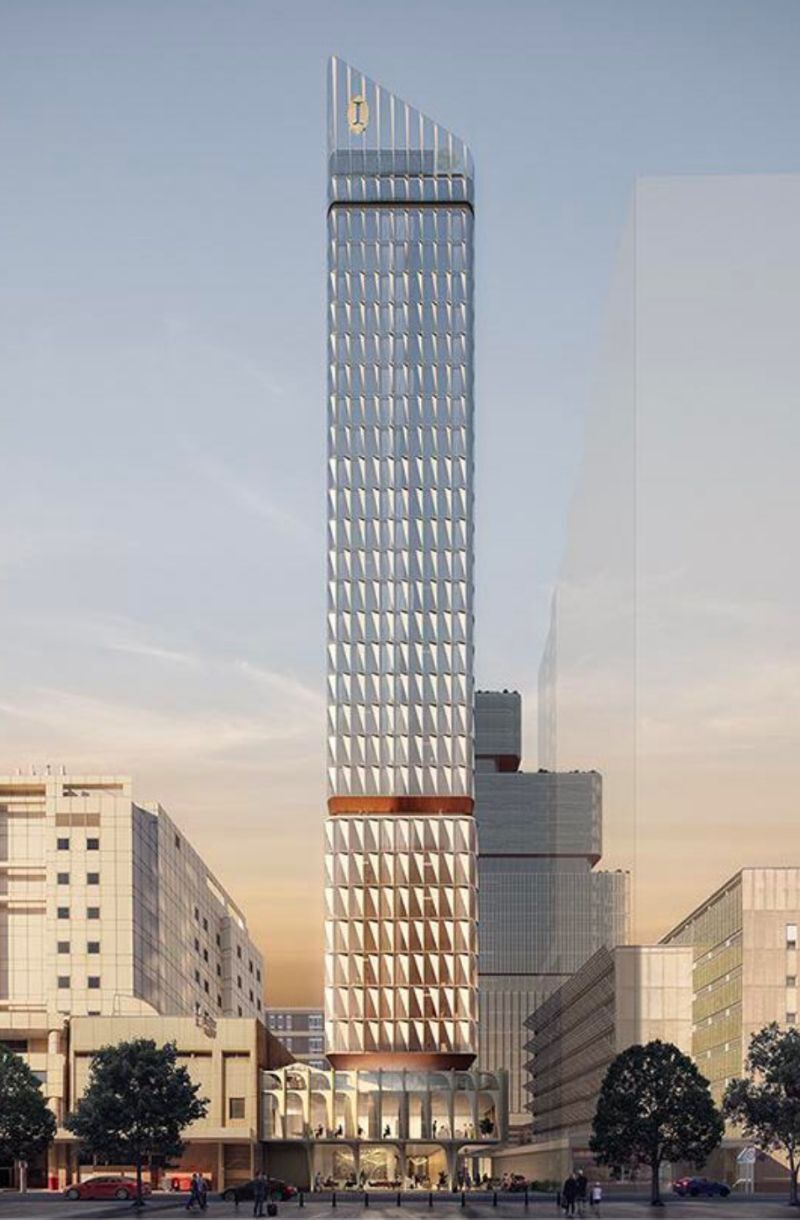 The tourism and hospitality sectors have been rattled by the latest wave of the coronavirus, which has upended travel plans just as borders were reopening.

But the recent development application lodgment by Holdmark of the plans for its 197 Church Street project reinforces its confidence in the market and booming Parramatta CBD going forward.

“Omicron is impacting a lot of things right now but eventually tourism and everything will pick up at some point.”

If approved, the development will replace a mix of two- and three-storey retail and commercial buildings on the site, including the heritage-listed Murray Brothers Building, the facade of which will be retained under the plan.

“The proposal will be a truly city defining development that will contribute to the evolution of Parramatta as the heart of the Central River City,” the development application said.

Diagonally opposite the historic Paramatta Square, the planned office tower has been designed by architectural firm Scott Carver with a layered form that “curves and twists as you move vertically”.

As part of the project’s overall design approach, a First Peoples partner was involved in the process, resulting in a narrative of culture, heritage and sense of place with the creation of a public through-link called Ngara Nura Way—a name meaning “listen to Country, learn from Country and to share knowledge”.

“Ngara Nura Way not only physically connects the three bounding streets to close and form a block, it also symbolically connects two cultures together,” the design statement said.

“Overall, the design proposal will contribute positively to the urban life of the precinct, connect with its rich history and culture, and align with the transformational evolution in growth and prosperity currently witnessed in Parramatta.”

If all goes to plan, Holdmark is aiming for the project’s completion in 2025.