But an all-out legal battle with the Inner West Council over the heritage value of the site, and an additional discretionary contribution levy in excess of $1 million has significantly blown out the cost of the project.

Nightingale Housing founder Jeremy McLeod estimates legal fees, time and a new developer levy will add about $32,000 to the cost of each proposed build-to-rent apartment.

A long-held desire to move the Nightingale product into the NSW market had been blocked by cost-prohibitive land prices.

Plans came a cropper when the initial development application lodged in October 2019 was rejected by the Inner West Council, and an interim heritage order was placed on the church at 389 Illawarra Road at Marrickville.

The decision was appealed through the NSW Land and Environment Court, which upheld the development application for the site with amended plans in December, 2020.

“The incredibly disappointing thing about this project has been the significant lack of engagement or assistance from the Inner West Council,” Nightingale founder Jeremy McLeod said.

“We have never experienced such resistance to a project that is trying to do so much good, particularly in a community where the housing crisis is so evident. 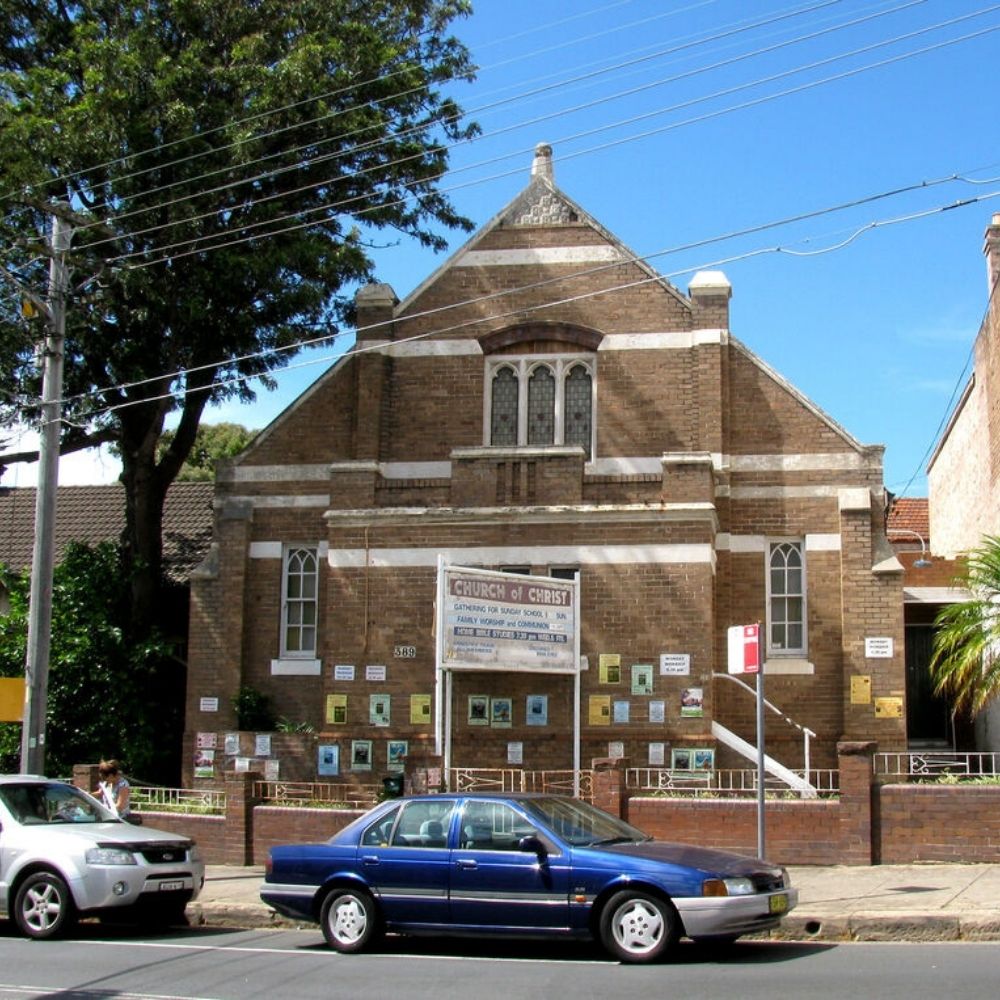 ▲ The Marrickville Churches of Christ Church had been disused for many years before it was demolished recently after a lengthy battle over its heritage value.

“We had to fight the council at the Land and Environment Court to get our development application.

“It added over a year to our program and about $12,000 to the cost of each dwelling. At the final hurdle, it appeared that [the council] had a change of heart, where Mayor Darcy Byrne led the charge to support this affordable housing project. Unfortunately, that support was in words only.

“To add insult to injury, IWC has now slapped a discretionary developer contribution levy of over $1 million on the project, which will add about $20,000 to each dwelling.

“All of this in the middle of a housing crisis. We’re desperately trying to work with Inner West Council to waive this contribution, and instead for them to donate funds to the project. It’s not too late for them to be valued partners in this project.”

The church has now been demolished and groundworks are under way, with the project slated for completion in late 2023. McLeod says Nightingale and Fresh Hope Communities are dedicated to the completion of the Marrickville build-to-rent project.

“In spite of the challenges, we are committed to this project and we are entirely grateful for the opportunity to work so closely with an organisation like Fresh Hope Communities who saw both the need and the potential of our partnership and generously agreed to help us find our way to Sydney,” he says.

“It was only with the generous support of Churches of Christ in NSW contributing the land of a former Church site in Marrickville at no cost to the overall feasibility, and then Fresh Hope Communities agreeing to fund it and to operate it, that we could make this work.”

In a statement from the Inner West Council, mayor Darcy Byrne said: “I have received no briefing on this issue at all and have today contacted the proponent requesting a meeting.” 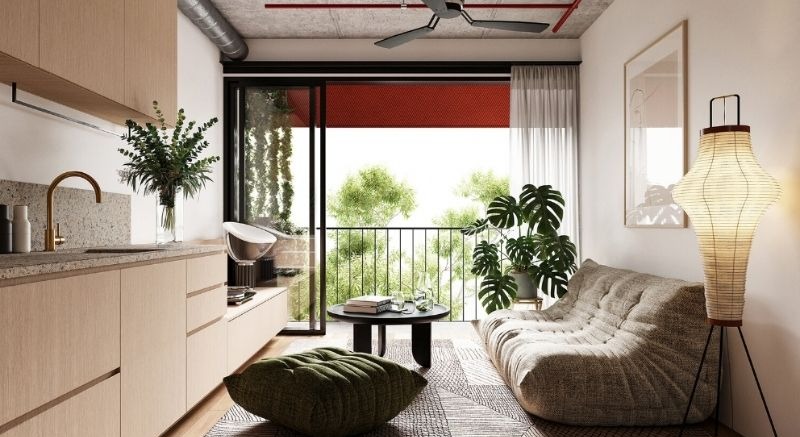 ▲ Nightingale’s Teilhaus apartments, German for ‘part of the house’, use small footprint design to create economic and sustainable developments with communal facilities.

The development comprises 55 Teilhaus apartments, small-footprint homes that will be rented for 25 per cent less than market value. It would also include rooftop space for shared laundry, gardening, outdoor dining and socialising.

According to a Nightingale spokeswoman, the SJB-designed property would prioritise community, affordability and sustainability.

“The architects for this project are SJB, who are committed to sustainable design practices and creating spaces that enhance quality of life for those who use them,” she said.

“Nightingale Marrickville will also include a small number of apartments reserved for providing crisis accommodation for those most in need.”

Fresh Hope, the Churches of Christ ministry arm for NSW and ACT, wanted to help relieve rental affordability stress in the area and ensure the surrounding community demographic was well represented in the tenancy of the development.

According to Nightingale, Marrickville tenants will be selected through a balloting process, where everyone who applies has a fair chance of becoming a resident.

The ballot for Nightingale Marrickville is slated for closer to its construction completion in late 2023.