The Melbourne CBD office market has begun to rebound with office rents rising for the first time in two years as leasing activity continues to rebound after pandemic-induced declines.

According to Cushman and Wakefield, prime net effective rents in the Melbourne CBD rose by 6 per cent to $411 in the first quarter following a number of significant leasing deals.

These included Medibank securing a pre-commitment of 17,500sq m in Lendlease’s Melbourne Quarter Tower and Court Services Australia taking 12,200sq m at 181 William Street, which was developed by GPT Group.

In turn, prime net incentives have begun to contract, falling 3 per cent over the first three months of the year to 39.5 per cent as leasing enquiries increase.

Cushman and Wakefield joint head of office leasing Chas Keogh said the bulk of leasing enquiry had been felt across the second half of the quarter as almost all restrictions for returning office workers had been abandoned.

Despite strong demand, higher supply saw the Melbourne CBD office vacancy rate rise from 10.4 per cent in mid-2021 to 11.9 per cent at the turn of the year.

The majority of stock entering the Melbourne CBD market this year will be refurbished—Wesley Place in Lonsdale Street is the only new development and is fully precommitted. 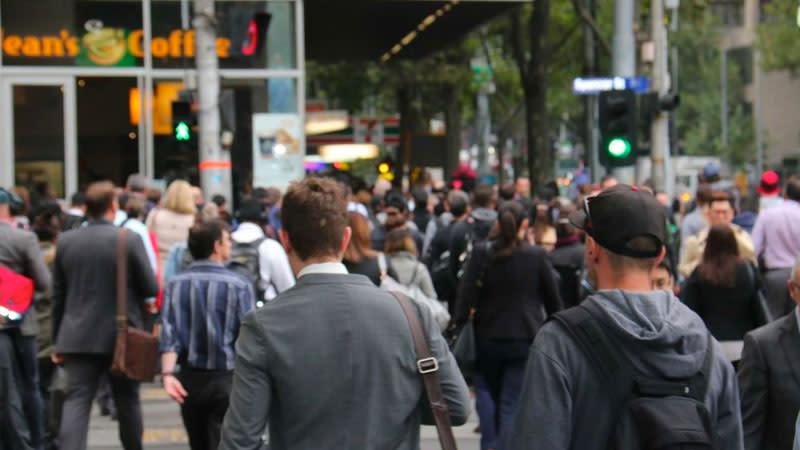 ▲ Supporting Melbourne CBD’s resurgence is a 4.5 per cent rise in Victoria’s total employment in the three months to January 2022, compared to 3.5 per cent for Australia.

Knight Frank research director Chris Naughtin said the Melbourne CBD vacancy rate was anticipated to peak at 12.4 per cent in the middle of the year, before gradually declining to around 9 per cent over the next few years.

“The increase in prime vacancy during 2021 was driven by the high level of new supply, with development completions bringing the Melbourne CBD total office stock to just over 5 million square metres,” Naughtin said.

“Following the large influx in 2020 and 2021, new supplies are projected to slow significantly over the next few years, and we expect this lower level of new supply combined with stronger demand for office space will drive the recovery of the leasing market.”

Rents in the Sydney and Brisbane CBDs also remained steady during the quarter with prime gross effective rents in Sydney largely unchanged at $885 per square metre.

More than 210,000sq metres of new and refurbished space is on its way into the Sydney CBD market this year, over half of which is pre-committed.

However, total demand measured in square metres was higher with tenants in the market looking for more space than last year.

Similarly, prime gross effective rents in Brisbane were steady averaging $445 per square metre per annum, with premium grade incentives compressing to 37 per cent.

According to Deloitte Access Economics, the Brisbane CBD will experience an annual average of 2500 new office workers entering the Brisbane CBD during the next decade, which will in turn propel demand for office floorspace in the CBD.