Apartment Lull to Continue Until 2025

Just as the apartment market had started to join the wider housing market boom, lockdowns have deflated sentiment and stifled the near-term recovery.

According to JLL, developers have become more confident about the next apartment cycle, as rapid house price growth and a lack of stock push owner-occupier demand towards high-rise living.

However, long project lead times and increasing pressures on supply chains, materials and labor have meant that many developers are now expecting the next cycle in early-2025.

“It is fairly clear that demand is going to rebound strongly when borders re-open, particularly in Sydney and Melbourne, which are much more exposed to migration and foreign students,” Warner said.

“But in the short-term, people are likely to continue to flee the larger cities as soon as they are able to, which will continue to benefit regional areas, other capitals and particularly south-east Queensland.”

JLL’s second quarter apartment market report showed completions for 2021 are now expected to be around 17,900, up 20 per cent on last year’s completions.

A further 7600 units are expected to be completed over the second half of the year, to be slightly above 2020’s result, but still below the 2017 peak when 29,000 apartments were delivered.

Nearly 2000 apartments have been completed across inner Sydney so far this year, with further completions this year likely to lift the total above 2020 levels but will be 60 per cent lower than the city’s 2018 peak.

Despite a strong delivery of projects across the year in Melbourne, 6500 completions, conditions are expected to remain tough for developers with few new major projects commencing in the inner-city.

Nationally, JLL expects completions are now expected to fall sharply to around 10,500 next year with recent slow project commencements meaning supply will likely stay moderate right out to 2025.

Apartment price growth has gained momentum in recent months, lifting by 4.1 per cent nationally over the three months to July, to be 8.7 per cent over the year.

Price growth in Melbourne is still lagging other markets, but gaining momentum, up 5.9 per cent, to a median of $610,000.

Growth in Sydney over the past three months has been faster than all other capital cities, with its median now almost tipping $800,000.

Brisbane apartments have also been boosted on the back of surging interstate migration, recording a gain of 15.9 per cent since the onset of the pandemic.

Canberra and Perth remain the strongest markets across 2021, up 10 per cent and 9.6 per cent, respectively.

Recent analysis by Corelogic found that in more than 190 suburbs around the country, apartments are now exceeding house price growth, with the most affluent areas posting the sharpest gains. 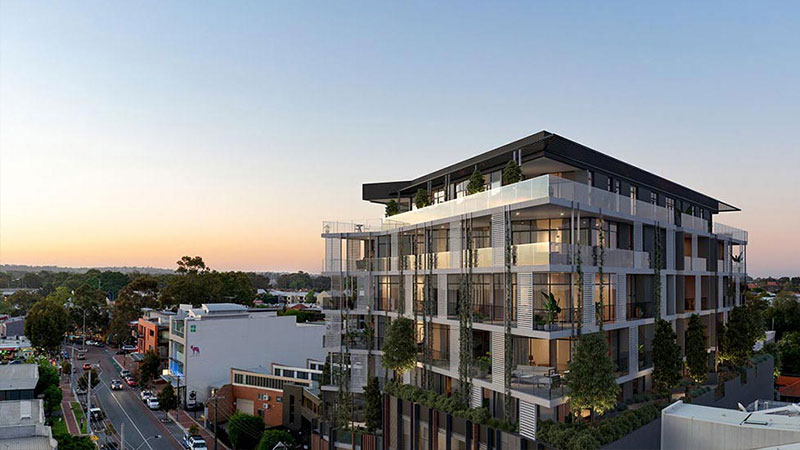 ▲ In East Melbourne, unit prices are up 14.4 per cent in the past 12 months, while Leederville in Perth has posted price growth of 9.7 per cent.

“Rampant price growth and investors returning to the market had already seen regulators flag the prospect of renewed macro-prudential policy measures like those used between 2014 and 2018 to slow the market,” Warner said.

“Act too early in a market that could now be slowing of its own accord and risk an over-correction, but wait too long and if the market keeps running regulators risk it getting out of control and excessively speculative.”

Sydney and Melbourne’s rental markets have been the softest they have been for several decades since Covid, being much more affected by closed borders a stemming of the flow of migrants and students.

Nevertheless, both markets have recovered over recent months, particularly Sydney.

JLL said it anticipates all markets will eventually face strong medium- term rental pressures over the next 3-5 years as demand recovers and little new rental supply is added, however, Sydney and Melbourne wouldn’t fully recover until borders re-open.