‘Gutted and Distraught’ But Metricon Says No Truth To Rumours

These were the words of Metricon’s Peter Langfelder as he described the impact on the company of the sudden death on Monday of its chief executive and founder Mario Biasin.

But the acting chief executive wasted no time getting to the point over rumours and speculation surrounding the company's future.

“We’re dealing with the grief. But in terms of our business, it’s just business as usual,” he said.

“You know, our business has been very strong for 45 years and will continue to [be strong] for a long, long time to come.

“We've got an incredibly strong management team. We've got an amazing staff. We've got trades and suppliers that have been loyal with us for many, many years.

“We've had this outpouring over the last few days … just supporting us, and that's just truly amazing. So, guys, that's it. I haven't got a lot more to add.”

Fronting the media over claims the unexpected death of Biasin, 71, had plunged the firm into crisis was undoubtedly the last thing Langfelder felt like doing under the tragic circumstances. 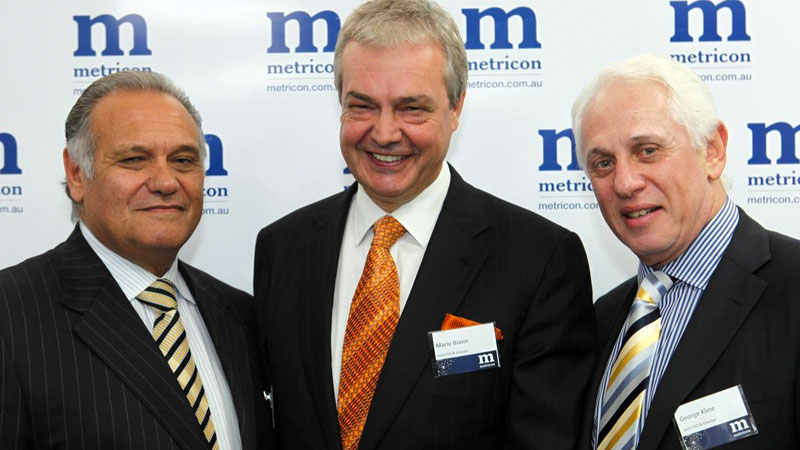 But the industry whispers surrounding Australia’s largest home builder that have been swirling since last year had grown too loud and there was too much at stake.

Asked about all the speculation—including reports of staff being told "it has come to crunch time" and that sub-contractors were not turning up for work on its sites—Langfelder unflinchingly declared: “No truth to the rumours.

“You know, the media is not helping here … the reality is we're in a really strong, viable position,” he said.

“We’ve got the support of our banks, we've got headroom available.

“We're paying everybody on time. Nobody's behind in any payments. And if anyone didn't turn up, it's really because of this media frenzy that's been drummed up by you guys.”

Questioned over reports of a crisis meeting with the Victorian government, which has $195 million worth of social and affordable housing projects with Metricon, Langfelder dismissed there were any concerns.

“The government has been been engaging with industry. They want to know what's going on in the industry and I believe they’ve been in contact with more than a dozen builders over the last few days.

“We always work with all our partners, including the government. That's just business as usual. We spoke to them ... we had fantastic engagement with them, very positive for us and, generally, for the industry."

The focus on the building industry has sharpened in recent times as construction firms have struggled to keep pace with a massive stimulus-led spike in housing demand while also being hit by huge material and labour cost hikes and shortages.

Builders also have struggled to keep their heads above water due to delays from Covid lockdowns, absenteeism and severe weather events.

The perfect storm, as it has been described, has led to a growing list of big and small builders going under—including the high-profile collapses of Probuild and Condev.

Metricon undertook 6052 new home starts in the 2021 financial year, up from 4534 the previous year. It currently has more than 4000 homes under construction across Australia’s eastern seaboard. 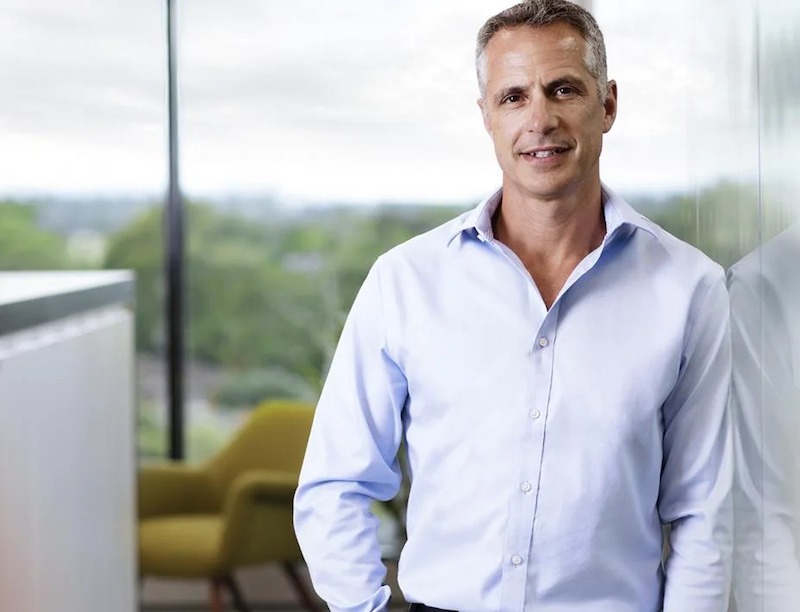 “Our builds are running really, really well. Our teams are strong. The construction of all homes are continuing as normal,” Langfelder said.

Earlier this year, however, Metricon’s late founder confirmed that the builder was in the process of renegotiating contracts “in a small portion of contracts where customers have not met their contractual commitments”.

That followed angry customers contacting The Urban Developer about the situation, saying Metricon was not honouring contracts.

“Metricon is committed to fulfilling every valid contract in which a fixed price has been agreed,” Biasin responded at the time.

“Metricon operates within the law and according to the terms of signed contracts. We also seek to work collaboratively with affected customers to find solutions and are factoring in their individual circumstances.”

Langfelder told the media with the sudden death of Biasin it was “an extremely difficult time” for the business and, as the barrage of questions fired at him was coming to an end, he conceded Metricon—like all builders—was facing challenges.

“No, I'm not saying everything's fine ... there are labour shortages, there are some delays and customers do need to be patient with all builders,” he said.

“The industry is going through a pretty tough time, as many industries are, so I'm not skirting around that. Absolutely, there are challenges in the industry. And we're not immune to it.

"That's the reality of the industry today. All builders are in the same boat and we're just dealing with it as best we can."