The first animation fly-through for the Powerhouse Parramatta museum has been released.

It is the largest investment in cultural infrastructure by the state since the Sydney Opera House and the first state cultural institution to be established in Western Sydney.

Originally, the plan was to relocate the museum from its Ultimo site to a new site in Parramatta—this were shelved in 2020 after a public outcry.

Lendlease is the main works contractor for the project and has started earthworks, service diversions and foundations. Construction proper is due to begin later this year.

It is designed to support large-scale exhibitions with a 55m facade that can be lowered and raised to connect with public space outside.

There will be an immersive digital space for large digital experiences and an expansive rooftop garden and pavilion with productive gardens connecting people with First Nations and agricultural science programs.

“In response to initial engagement undertaken with the Powerhouse and the local Indigenous communities, the design proposes to include Indigenous elements with a specific focus on teaching and learning, celebrating the sophistication of Indigenous knowledge from this place, through time,” Milgrom said.

“The team demonstrated a strong understanding and willingness to engage with local Indigenous communities to further enrich the project throughout the next stages of the design process.” 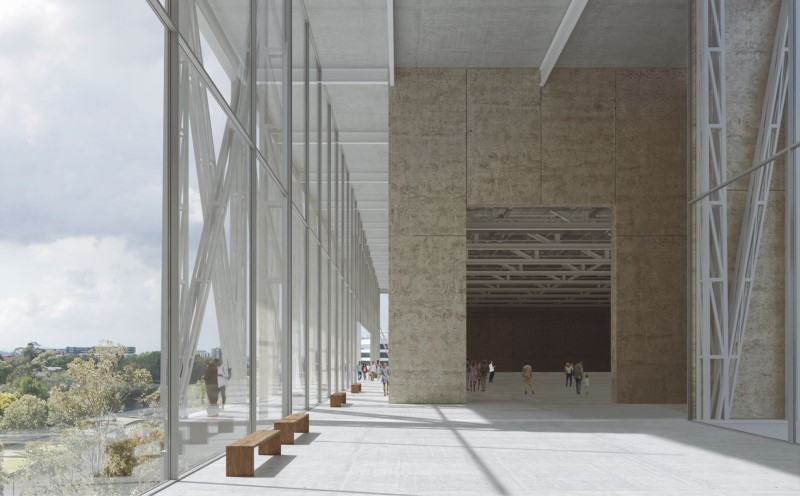 Programs are also planned to engage with First Nations communities and to create pathways into STEM education and employment for young people.

It will also have seven presentation spaces with a changing program that showcases the Powerhouse collection, tell local stories about the cultural diversity of Western Sydney and host exclusive international exhibitions.

Completion has been scheduled for May 2024 and it is estimated that more than 4000 jobs will be created during the project's development.