The Cottee Parker-designed development, set to open in 2024, will deliver four new hotels, more than 50 bars and restaurants, 2,000 apartments and the equivalent of 12 football fields of public space to the Queensland capital.

Cottee Parker director and 25-year industry veteran architect Naveen Dath says the vision for the mammoth integrated resort development is to create a globally significant destination that puts Brisbane on the world map.

“It is a truly transformational project—not just for Brisbane, but for Cottee Parker, too—it’s transforming the way we do things.”

Dath said that soon after being named lead architect on the Queen’s Wharf development in 2013, it quickly became apparent that Cottee Parker’s paper-based workflow was not compatible with such a complex project—the biggest in the firm’s history and one that required it to consistently hit deadlines on a tight timeline.

“I remember when we were doing the initial schematic design stage, there used to be reams and reams of paper hiding underneath people’s desks, with all kinds of mock-ups and red lines and pen,” Dath said. 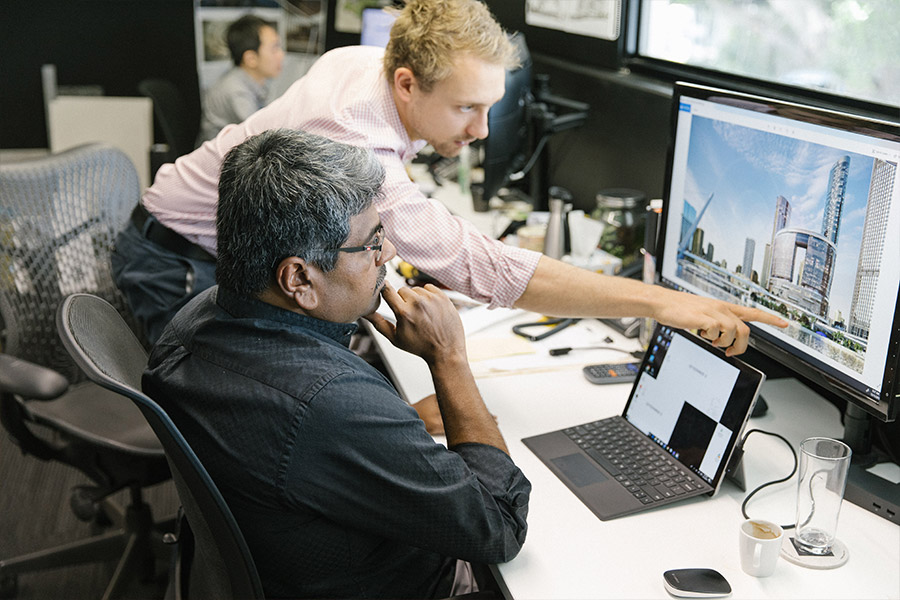 ▲ Cottee Parker director and 25-year industry veteran architect Naveen Dath says the vision for the mammoth integrated resort development is to create a globally significant destination that puts Brisbane on the world map.

In addition to the challenge posed by the sheer number of documents that had to be checked, Cottee Parker architect Steph Cook said process issues also began to emerge.

“We normally go through a process of printing out every single sheet that's going to be issued to the client, putting initials of every project lead that needs to review it.

“And then it gets passed around the office from one to another, and everybody tries to use a different colour pen so you can identify who’s actually done what.”

This manual circulate-and-review process was time consuming: documents would sit on one architect’s desk for a day, with as many as 10 project leads needed to review a set of documents.

“That’s 10 days almost that you can spend in a markup process,” Cook said.

What’s more, conducting such document quality assurance by hand on paper came with issues around legibility and accountability.

With a QA requirement being the prevention of errors in design documents before they’re delivered to the client, and with a smattering of paper documents floating around Cottee Parker’s offices and the Queen’s Wharf job site—along with the time needed to transport documents between the different locations—it often became difficult co-ordinating the process in a manner that seemed efficient and without a high probability for error.

Documents would get lost with just the amount of paper that is around,” said Erina Tibaldi, a Cottee Parker documentation team leader.

“If you wanted to go back and check a markup that had been done before it could be difficult to find a particular sheet that had that hand-markup on it to prove you’d been told to do that particular markup.”

What’s the risk of possibly having an error in a document?

“Cost delays and overruns—if it’s not properly co-ordinated, it blows out time and money,” Tibaldi said. 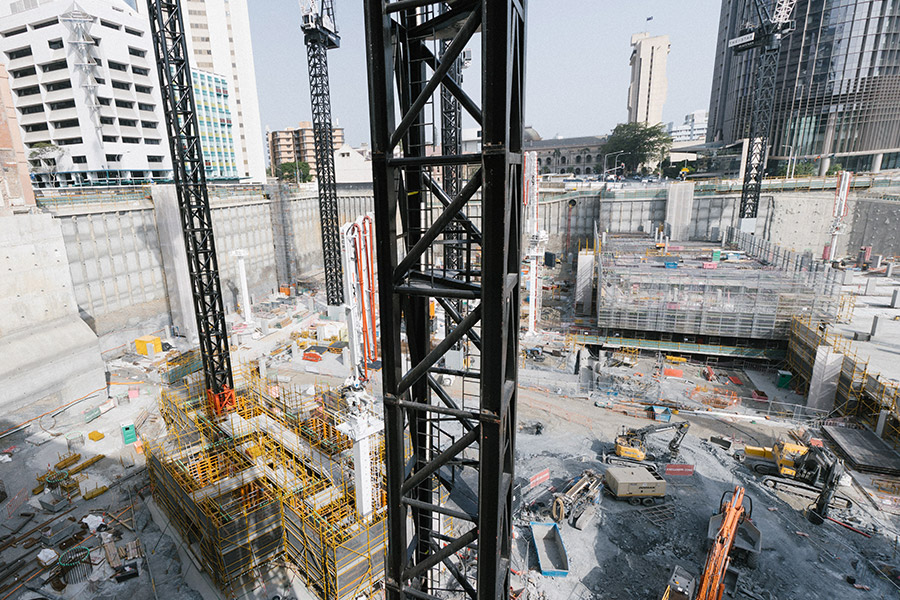 When Cottee Parker architects working on smaller projects introduced the Queen’s Wharf team to Bluebeam Revu, Simons said it was clear the system would be of benefit in streamlining what had been a time-consuming document review process.

In an initial trial of the software, “our approach was to mimic the actual real-world workflow that we already had in place”, says Quinton Cooper, a development and training manager at Cottee Parker.

“The paper-based workflow that people were used to—we were able to mimic that really nicely in Bluebeam Revu.”

The results were immediate, so much so that Cottee Parker started implementing Revu company-wide.

“We got it working on a major project like Queen’s Wharf and it rolled out fairly succinctly from there,” Cooper said.

Cottee Parker’s transition to Bluebeam Revu has allowed it to digitise as many as 5,000 documents per month across 50 team members—not only a substantial cost saving, but the company also estimates it halved the time spent reviewing and approving documents since the switch.

As well as streamlining and improving the firm’s quality assurance processes, Bluebeam Revu provided a more efficient system than Cottee Parker’s previous paper-based workflow, as well as better overall accountability and productivity thanks to the decreased risk of error.

The team also made quick use of Bluebeam Revu’s overlay and tool pre-set tools.

“There are general notes that we use a lot of the time where there’s no point retyping them, and we can have templates”, Cook said.

“But it’s also the ability to measure and calibrate drawings within Revu that is really useful.”

With sessions, team members in different locations were now able to markup and comment on documents in real-time without having to transport them to different offices or within different areas of the Queen’s Wharf job site.

“The amount of time that it took was much, much less—we didn't have people running around trying to find who wrote what comments,” Cook said.

“We were actually connecting the people in the office that needed to be connected when there were discrepancies or items, and there was further co-ordination because you knew who wrote what—it wasn’t just a piece of paper that had a handwritten note from two weeks ago.” 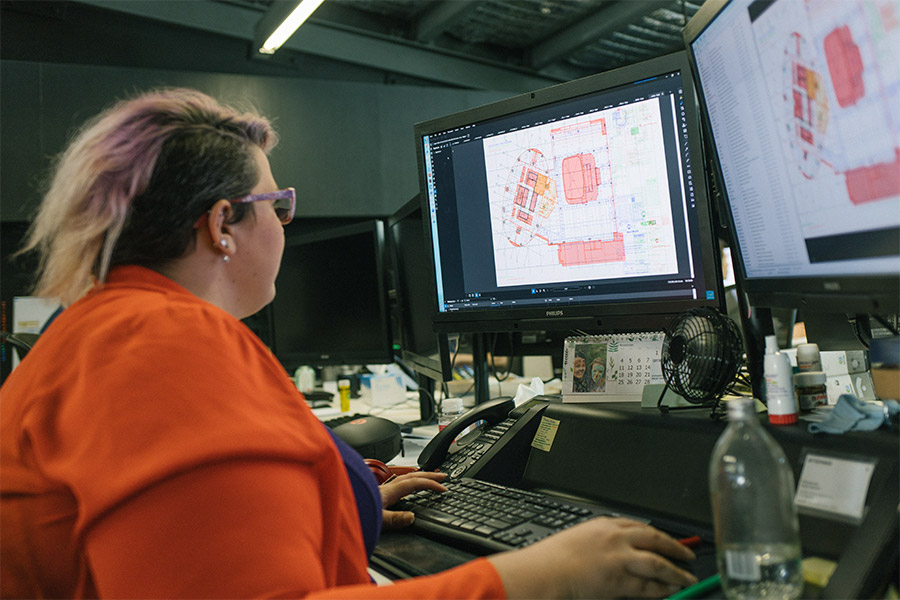 Before Revu, Simons said document markups were taking the team a week or longer. After, that time was cut roughly in half.

“People can start working on my markups while I’m still working on them and adding them,” Simons said of Bluebeam’s Studio Sessions.

“They don’t have to wait three or four days while I go through it all and give it to them and then they start—they can start immediately, which is a big benefit.”

For Dath, Bluebeam Revu has not only helped his team cut down on the time it spends on certain aspects of the Queen’s Wharf design process, but it also helps diminish the overall risk to Cottee Parker taking on such a big project.

The speed, accountability and efficiency provided by Revu, Studio Projects and Sessions has helped the team feel more confident about managing the complexities of the project, Dath says.

“From what I’ve seen, the ability to collaborate across individuals, across teams, across offices is a fantastic benefit that we get out of Revu.”

With about four years to go before the opening of Queen’s Wharf Brisbane, and with his team’s work optimised thanks to Revu, Dath says they’re more focused and motivated to finish the project and see it come to life, knowing the impact it will have not just for Cottee Parker but for Brisbane.

“Just the thought of sitting up on the sky deck and waiting for the sun to set behind the mountains—that’s what’s driving me at the moment, and that’s what drives our team.”

Start your journey with Revu today.

The Urban Developer is proud to partner with Bluebeam to deliver this article to you. In doing so, we can continue to publish our free daily news, information, insights and opinion to you, our valued readers.