Despite ongoing weakness in the Sydney and Melbourne markets Australia’s housing market held up over the June quarter, Corelogic’s quarterly property market and economic report shows.

The decline in Australian dwelling market values was 0.8 per cent in the three months to June, impacted by Covid-19 which has forced a pause on international migration and declines in employment across tourism and hospitality sectors.

The effects of the pandemic saw values fall by 1.1 per cent across capital city markets, with houses down 1.3 per cent and units 0.5 per cent.

In Melbourne, where lockdown measures have been reintroduced, values fell by 2.3 per cent.

Before the June quarter, Melbourne prices had made a full recovery from the 2017-19 slump but sales activity, home listings and clearance rates collapsed in April after the first lockdown imposed in late March.

Sydney saw a milder decline of 0.8 per cent across the quarter however prices have continued to trend lower impaired by job and income loss across the city.

The Brisbane dwelling market declined by 0.2 per cent while the Sunshine Coast and Gold Coast dwelling markets saw dwelling price increases of 1.0 per cent and 0.7 percent respectively.

Hobart saw values increase by 1 per cent over the quarter while Hobart and Adelaide both recorded lifts of 0.7 per cent. 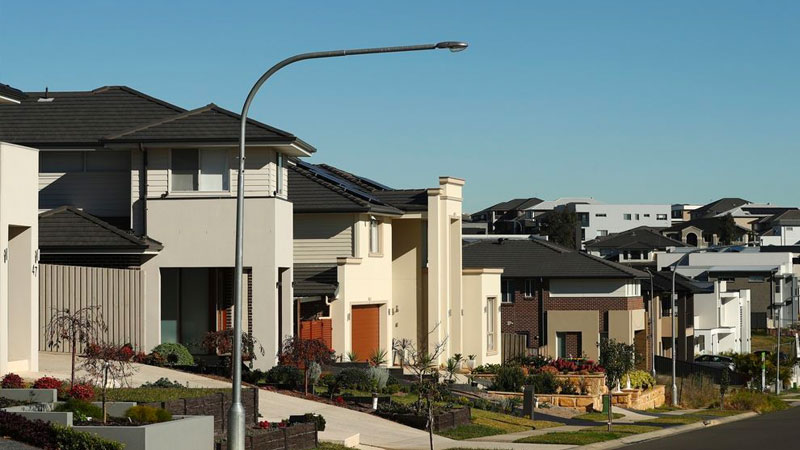 ▲ Nationally, data is showing some of the trends evident in economic and housing market performance since the onset of the pandemic.

“The main impact of the pandemic on the dwelling market has not been value declines, rather, social distancing and plunging consumer confidence led to a sharp fall in in transaction activity,” Owen said.

“Listings and sales volumes initially trended down significantly amid the stage two restrictions rolled out in late March [which saw] sales volumes fall by over a third in the month of April.

“Despite divergent performance, the renewed restrictions across Victoria are likely to put downward pressure on economic performance nationally, which will ultimately impact purchasing capacity for housing, and prices.

“For this reason, it is anticipated that the housing market decline will become more broad-based in the second half of 2020.”

Corelogic said regional markets had been relatively resilient, increasing by a further 0.3 per cent in the same period.

Finance activity fell in the June quarter, with lending to owner occupiers down 9.9 per cent, while lending for investment property fell 12.6 per cent.

Corelogic said an increase in transaction activity over May and June signalled the start of a rebound in new lending with refinancing activity amid record-low mortgage rates offsetting some of the decline in new home lending.

However, flow-on effects to the economy from less migration, less tourism and fewer education and commodity exports could start to filter through to the labour markets, which could affect confidence and have a dampening effect on the rapid rate of price growth.

“The impact of Covid-19 has been an enormous negative shock to the economy,” Owen said.

“The trajectory of the market is largely dependent on overcoming the current health crisis, which would allow the flow of people and economic activity to resume.

“A housing market recovery is unlikely until borders re-open, and the labour market makes a consistent recovery.”

Last week, Australia’s largest lender Commonwealth Bank reaffirmed its home price targets for the next six months, with expectations of a 10 per cent fall in house prices from the peak to trough across the capital cities.

ANZ and NAB have also predicted a fall 10 per cent, while AMP Capital’s initial forecast of a decline in dwelling values of up to 20 per cent has been revised in recent weeks to reflect a softer landing for the housing market.