Plans for a slender 22-storey residential tower with designs on making a fashionable mark on the Gold Coast skyline have been filed for a site at Broadbeach.

The proposal has been lodged by Brisbane-based entity GPCR Pty Ltd, which company records indicate is linked to fashion label co-founder and managing director Panayiota Koukouvas.

Koukouvas, who turned a blog into the Sabo Skirt fashion empire with sister-in-law Thessy Batsinilas, is listed as the sole director and shareholder.

They featured in the 2016 Forbes 30 Under 30 Asia list of young entrepreneurs and their label now has more than two million followers across social media.

To be known as Sola, the proposed tower comprises 20 whole-floor, three-bedroom apartments.

It is understood the developer's family intends to retain a number of apartments in the project for their own private use.

The 640sq m site at 158 Surf Parade was secured last year in a deal worth about $6 million brokered by GV Property Group, subject to development approval being granted.

If given the green light, the proposed tower would replace a four-storey block of six units that currently occupies the site overlooking Broadbeach Park—including the local bowls and soccer clubs. 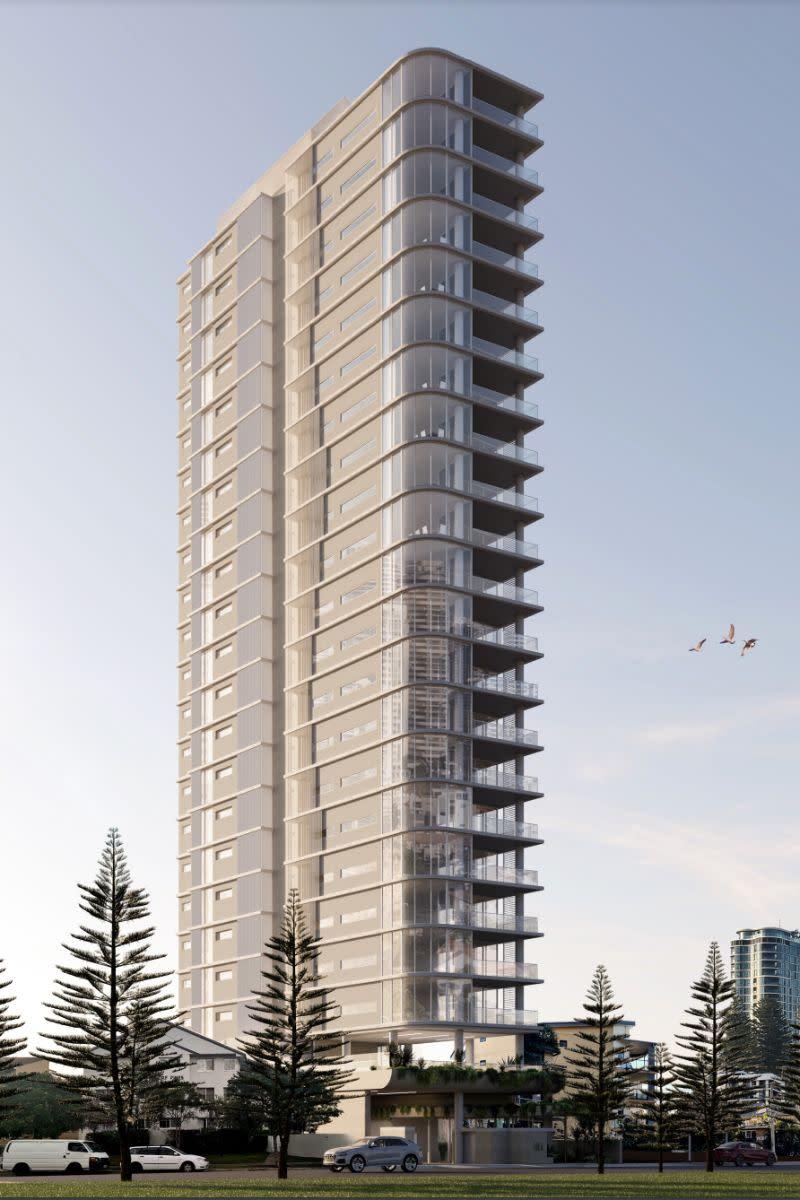 ▲ A render of the 22-storey residential tower proposed for 158 Surf Parade, Broadbeach.

According to the filed documents, the tower scheme by Prospect Apartment Architecture and Stone House Studio has “drawn inspiration from its beachside setting and is articulated with a series of balconies and undulations ... that add movement and carve grooves for landscaping to seamlessly emerge”.

“The contextually responsive design complements the scale and form of existing and evolving residential development in Broadbeach, and will positively contribute to the Gold Coast’s iconic skyline,” the development application said.

With a tower floor plate of only 269sq m the proposal also “promotes a slender tower ... designed to respond to the solar aspect and capture views, whilst remaining sympathetic to neighbouring buildings”, it said. 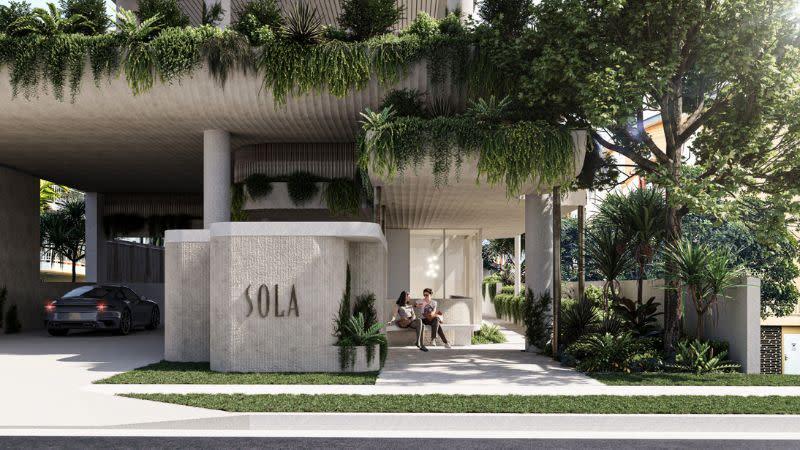 ▲ Render of the proposed Broadbeach apartment tower to be known as Sola.

“These spaces will provide residents with a high level of amenity, in conjunction to their large private open space areas attached to each unit,” the documents said.

Car parking for 42 vehicles would be provided across three basement levels and the ground floor as well as bicycle facilities “to reduce dependency on private vehicle usage”.

“The proposed development will contribute to housing choice and affordability in Broadbeach, in an area that comprises a strong make up of short-term accommodation and holiday letting units, and aging housing stock,” the DA said.

“Further, the design outcome provides for good subtropical design (including cross-flow ventilation and natural light), whereby lifecycle and operating costs of the dwellings will be reduced for overall affordability.” 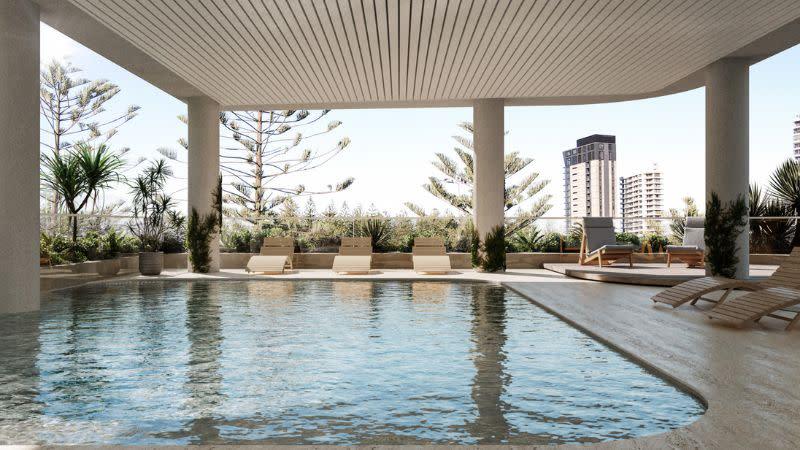 ▲ A render of the communal pool and recreation area planned for the podium level of the Broadbeach tower development.

Broadbeach has been one of Queensland development’s hotspots with an seemingly endless string of projects planned for the suburb.

GV Property Group’s Antonio Mercurio said the Surf Parade site in the northern pocket of Broadbeach was favoured by the proposed tower's developer because of the “local beachside community vibe”.

“It provides a unique offering with open spaces, multiple cafes and expansive views,” he said.

An amended plan was filed with the council to boost the number of storeys from 29 to 31 and increase the apartment-count from 96 to 99 apartments in the tower planned for  the site at 146-148 Surf Parade.

International developers Polycell Property Group have been granted approval to build a $250-million high-end apartment project at the corner of Surf Parade and Britannia Avenue.

Gold Coast-based QNY Group and Melbourne’s Glenvill Developments are behind another Broadbeach proposal, which was given th go-ahead—albeit with nine levels chopped off its original plans.