They are Queensland’s so-called “Olympic suburbs” where property prices are predicted to be supercharged in the wake of the world’s largest sporting event in 2032.

Within a year of the Olympic flame being extinguished, median house prices are forecast to push into the $1 million to $2 million range in many of the areas and, in some, rise well into the $2 million to $3 million realm—and potentially beyond.

But while a handful of the 14 key locations are already limbering up from a residential development perspective, in the other areas there are little or no preparations for a gold medal-winning run to capitalise on the expected price growth.

“There’s definitely certain areas where there’s very little development about to happen … and what we’re basically saying is this is where the opportunities are at the moment,” PRD chief economist Diaswati Mardiasmo says.

Among those areas—all listed in a new PRD report—are the Brisbane suburbs of Tennyson, Herston and Chandler, Twin Waters and Alexandra Headland on the Sunshine Coast, and the Scenic Rim’s Beaudesert.

One year on from Brisbane’s successful bid, the report outlining south-east Queensland’s future housing supply with a view to the Olympics indicates: “Existing 2032 Games residential supply needs further development when compared to other Olympics.

“Now is a golden opportunity to harness the potential of creating a well-informed housing supply legacy that targets a range of demographic needs,” it says.

Mardiasmo, who also has a chair at the table of the Brisbane Olympics legacy committee, says the data clearly shows where the opportunities currently lie and residential developers should be making their move sooner rather than later.

“If you look at some of these areas identified as Olympic suburbs like Tennyson and Chandler there’s zero, nothing going in,” she told The Urban Developer. 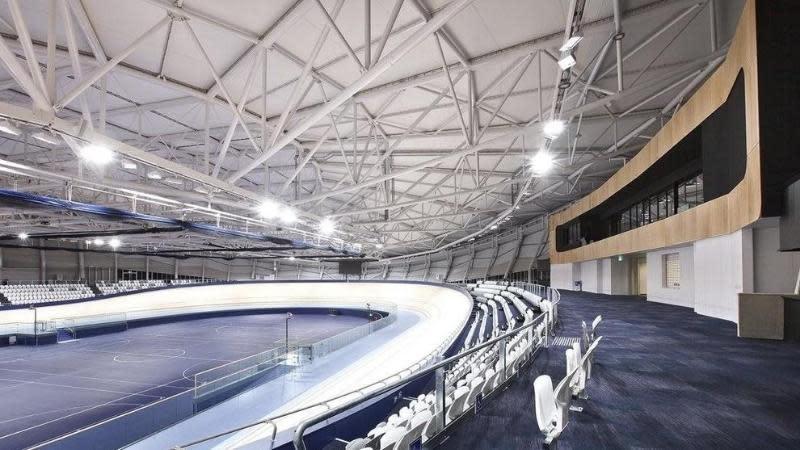 ▲ Games investment on track: inside the Anna Meares Velodrome at Chandler.

“Of course, we still don’t know what will be the future supply for 2027 onwards … but you kind of want to be hitting it now, when there is that lower price point and affordability level so that you can capitalise on it later.”

According to the report, the multiplier effect of the Brisbane Olympics “will be large” in comparison to the Sydney 2000 Games.

“Sydney has become a brand, therefore Brisbane will follow suit,” it says.

“Hosting the 2032 Brisbane Olympic and Paralympic Games will create an Olympic legacy. This will ensure international recognition of the city, and increase migration and tourism from other nations.”

Employment opportunities—one of the main ingredients to property price growth—also will rise leading to greater purchasing power. As well, increased population growth combined with the current lag in housing supply could result in even further price growth.

The report says the Olympics and other international events have had long-term effects on host cities, with “a strong tendency for housing supply and demand to increase, leading to healthy price growth”.

Its data shows that in the year post-event to Sydney’s 2000 Olympics, Brisbane’s staging of  Expo ‘88 and 2014 G20 Summit, the average median house price growth between all three events was 14.3 per cent.

“Applying this to 2022 median house prices results in many suburbs becoming $1 million  areas, such as Woolloongabba, South Brisbane, Herston, Spring Hill and Twin Waters. Many other areas come close, such as Tennyson and Broadbeach,” it says.

As another indicator, the report also applies the 111.6 per cent median house price increase in South Bank and surrounding suburbs from the decade prior to and the year after (2003-2015) hosting the G20 Summit to key 2032 Olympic suburbs.

Future supply data in the report has been compiled from the latest records of residential development plans and approvals over the four-year period to 2026 in Olympic zones and areas earmarked for major infrastructure investment.

“Known residential development from 2022-2026 suggests a greater emphasis on apartments and units,” it says.

The data indicates a pipeline of 9589 new homes (apartments-units, townhouses, dwelling and lots) for the Brisbane local government area, 16,945 for the Gold Coast and 6520 for the Sunshine Coast.

Of all the Olympic suburbs Broadbeach, Coomera, Ipswich, Redland Bay, South Brisbane and Woolloongabba account for the lion's share of future residential supply in the key locations. ▲ Ipswich is among the locations where supply will jump off the back of the Brisbane Olympics.

The release of the report follows the Queensland government calling a housing summit in October in a bid to address critical housing affordability and supply issues across the state.

“I think the housing summit has come at a really critical time because the need is dire and it will be great for the short-term solutions,” Mardiasmo says.

This article is only available to email subscribers.