The developer acquired the 906sq m site at 189 Toorak Road, South Yarra in August last year with a permit in place for a 12-storey office and residential scheme.

The new plans are for an 11-storey development with three levels of retail space at the base and almost 7000sq m of office across seven levels above, which would also accommodate V-Leader’s headquarters once completed.

V-Leader collaborated again with global interdisciplinary design practice Skidmore, Owings and Merrill to revise the plans that would pay homage to the historically significant Hotel Claremont.

The upper floors of the office component would be stepped back from Toorak Road and the original facade would be restored. 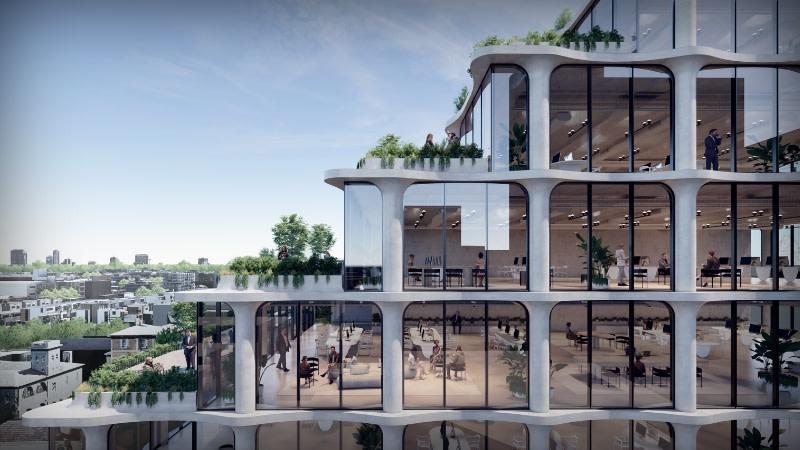 ▲ The stepped-back addition to the iconic Coffee Palace ensures a sensitive street frontage for the new development at South Yarra.

V-Leader managing director Andy Zhang said the design team had focused on creating a sensitive blend of the old and the new and visually minimising the bulk of the site. Cascading south-facing terraces would be carved into the built form to provide a biophilic design.

“In developing the scheme for this site, we identified a lack of a high-end, contemporary offering for smaller structures—for example, private family offices—which often sit within traditional, somewhat aged builds,” Zhang said.

“We wanted to reflect the premium amenity and design seen in projects such as 600 Lonsdale within more intimate office environments.

This project marks the second collaboration for V-Leader and Skidmore, Owings and Merrill, after SOM redesigned the developer’s $450m premium office project at 600 Lonsdale Street, Melbourne. 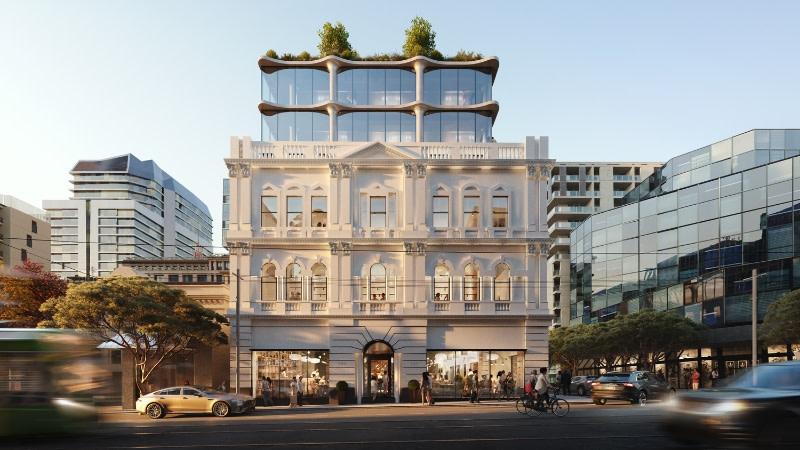 ▲ A render of the planned development.

SOM design partner Scott Duncan said the design process was “reduction as much as it was addition”.

“To preserve the grandeur of the South Yarra Coffee Palace, the volume of the building was carved away to produce a stepped mass, allowing it to recede from view at the highstreet level,” Duncan said.

“The undulating forms that float above the historic building reflect a sustainable approach made possible through cutting edge structural engineering—where materials are significantly reduced down to the bare essentials.

“In this way, adaptive reuse combined with restrained addition results in a significant decrease in embodied carbon, and a visual balance of old and new.”

V-Leader recently acquired seven sites in the East End corner of Melbourne’s CBD in a single deal worth more than $50 million.

The seven properties at 157-173 Lonsdale Street were owned by local developer Longriver Group and sit on an agglomerated 1137sq m site with a frontage of more than 100 metres.

Construction on the South Yarra project is slated for the third quarter of 2023 subject to planning approvals.