Big News: Top Ten Towers Due for Completion in 2023

With a new tallest tower in the world, as well as several national and continental records set to fall in 2023, it’s shaping up to be a big year for tall towers.

Architectural advances in materials, design, and technology are set to reinvent how we think of offices and apartments. And on the home front, some of the most talked-about projects in recent years are ready to top out.

The Urban Developer takes a look at the year ahead and explores some of the most exciting towers on the horizon.

So, here in no particular order, are the top 10 completions projected for 2023. 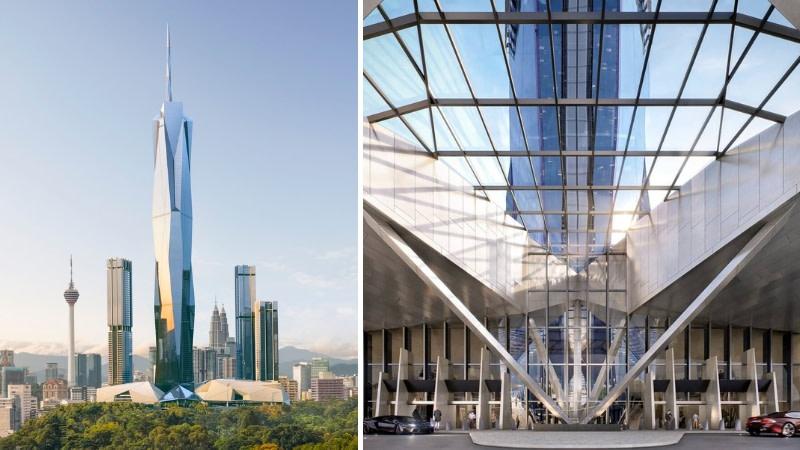 Topping out in early December 2022 at 118 stories, or 678.9m, Merdeka 118 is officially the world’s second-tallest building, (albeit with a little help from a 158m spire). Designed to hold a little bit of everything, the tower will mix residential, offices, and tourist facilities with a 15-storey Park Hyatt hotel.

Located in the heart of the Malaysian capital, the tower takes its name from the nearby Stadium Merdeka. The design emulates the raised arm of Tunku Abdul Rahman, the country’s first Prime Minister, as he declared the nation’s independence from the UK in 1957. 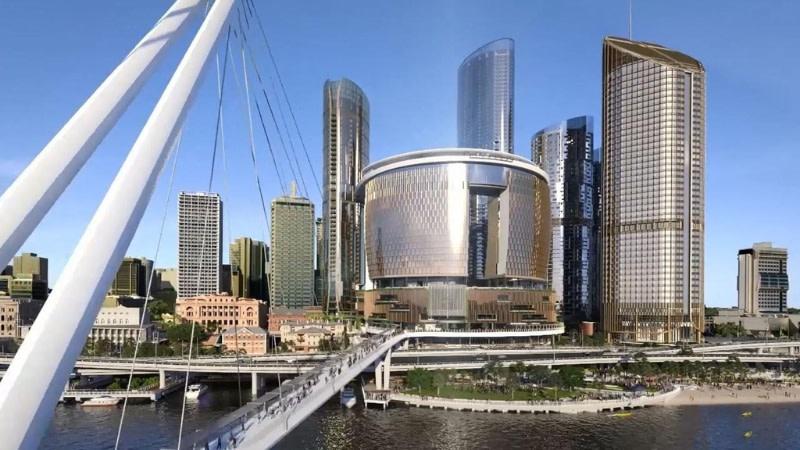 Brisbane’s largest private-sector development may have taken a hit with the Star Group’s troubles, but there’s no stopping this $3.6-billion juggernaut.

The project includes four luxury hotels and 2000 apartments alongside the casino, spread out over a 12ha footprint (and 15.3ha of water). 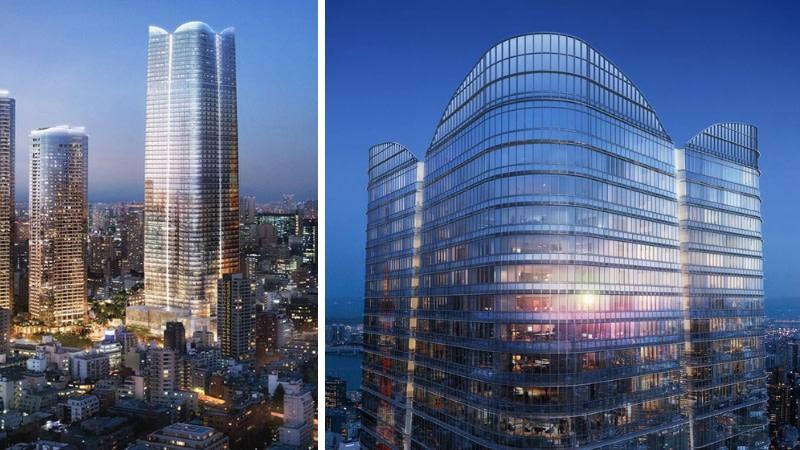 The 64-storey Toro Asa topped out in April 2022 and is now the tallest building in Japan. PCP co-founder Fred Clark has said that Toro Asa will be “the first thing visitors will see upon arrival in Tokyo”.

Built to a concept of “modern urban village”, the tower sits beside two others and will hold 1400 residences, a supermarket and a school. The complex will host enough office space for 20,000 workers.

Designed as a place of refuge in disaster events, the project has incorporated built environment practices learnt from the 2011 Tohoku earthquake and tsunami. The site will also hold a shelter, and a warehouse for emergency supplies. 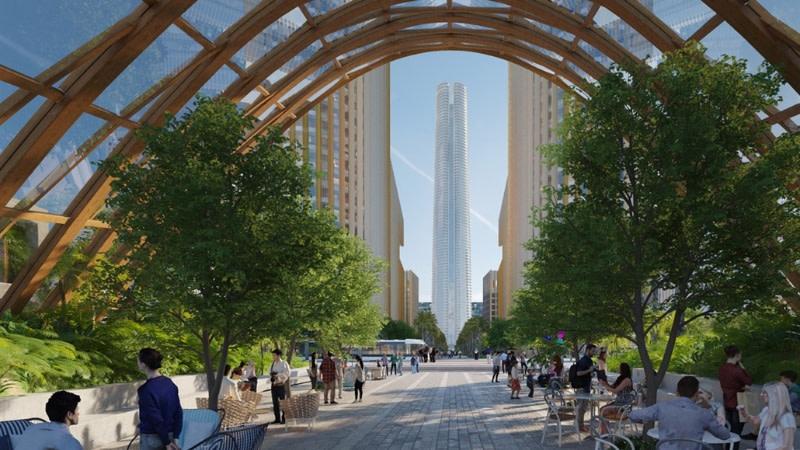 At 77 storeys and 393.8m, Cairo’s Iconic Tower is the tallest building in Africa. The project is part of a Belt and Road initiative between Chinese state-owned companies and the Egyptian government.

The design by architects Dar Al-Handasah Shair & Partners is inspired by a pharaonic obelisk, and is one of twenty towers planned for a new CBD and administrative capital. 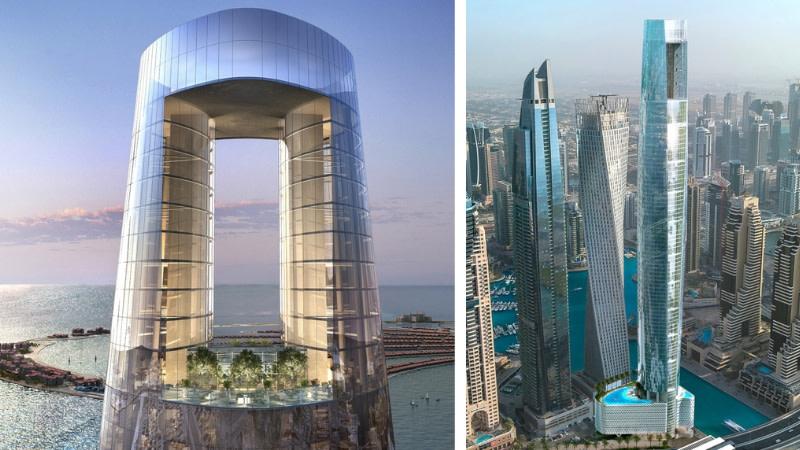 The super-tall tower’s 81 floors over 365.5m will see Dubai’s Ciel Tower become the tallest hotel-only tower in the world. Dubai specialist developers The First Group contracted NORR for the design, which provides 360 views of the city, Palm Jumeirah and the Arabian Gulf.

Dubai has a history of both successful and failed mega-projects. The tallest building in the world, the Burj Khalifa, was only completed after the Emirati ruler opened the cheque book after costs ran over. A $US10-billion mega-project, the Dubai Pearl, was stalled in construction for 13 years before developers pulled the plug in November 2022.

Chinese developers Greenland have a swathe of record-breaking projects under way, but the Suzhou Center is one of the most visually striking to be completed in 2023. At 88 storeys and 358m, it doesn’t skip on the height, either.

Architecturally, Suzhou is more known for its antique temples and monuments, including the 2500-year-old Pan Gate. But the Suzhou Center is sure to place the city at the forefront of contemporary design with its 30-storey operable window, delivering air flow and natural light throughout the building. 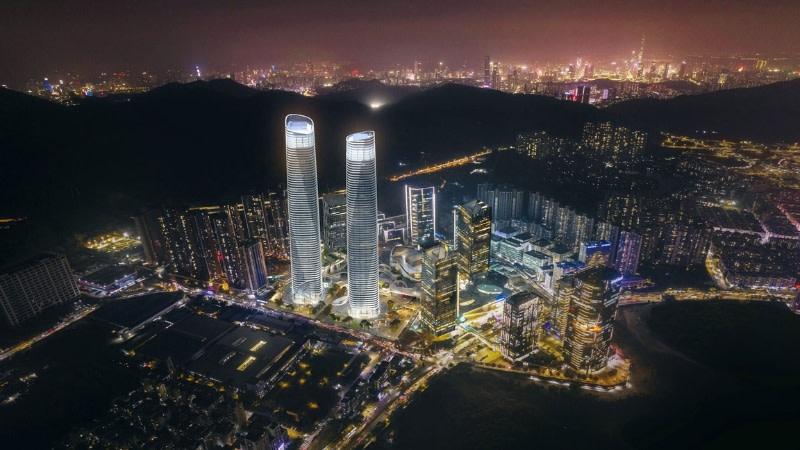 Shenzhen’s ever-accelerating skyscraper boom rolls on, with the Zaha Hadid-designed Tower C set to reshape the skyline sometime in the next decade. In the meantime, the twin Galaxy towers, at 356m and 73 storeys apiece, topped out in 2022 and are set for completion in 2023.

Architects AECOM took inspiration from bamboo shoots along the river for the twin twisting towers, and designed for a multifunctional community, which includes living and working spaces, shopping recreation, a 1200-seat theatre, a 56,000sq m commercial center. The two buildings use an AI-enhanced smart operating system. 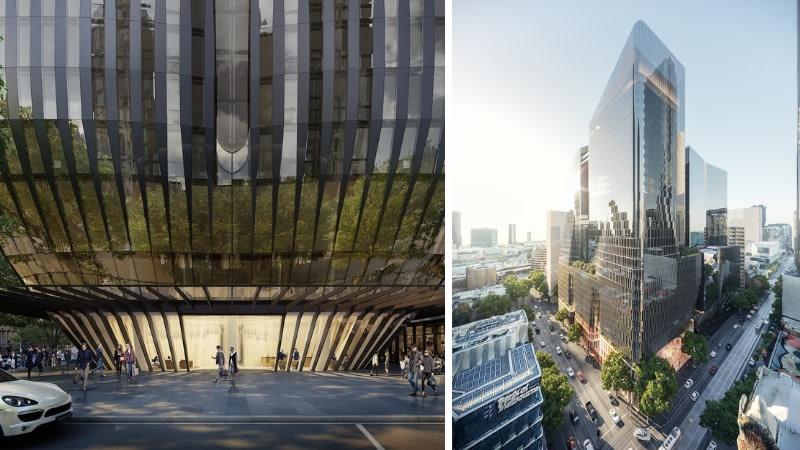 Next year’s completion of the first stage of 555 Collins Street is only a teaser for the main event, but it’s enticing enough on its own merit to land a place on the list. 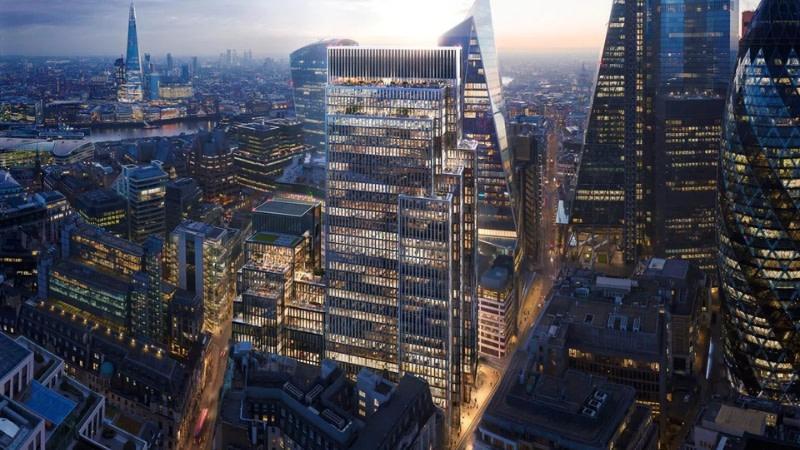 Demand in the City of London is always hot, no matter the economic situation. And with height and heritage serious constrictions on developers, any new development at all is valuable, let alone one like the Stanza.

Architects Make recalled the classic North American skyscrapers of the early 20th century for this 153.9m complex, spread out over 34 floors. The site holds 83,600sq m of office space, with retail and amenities sprinkled throughout. 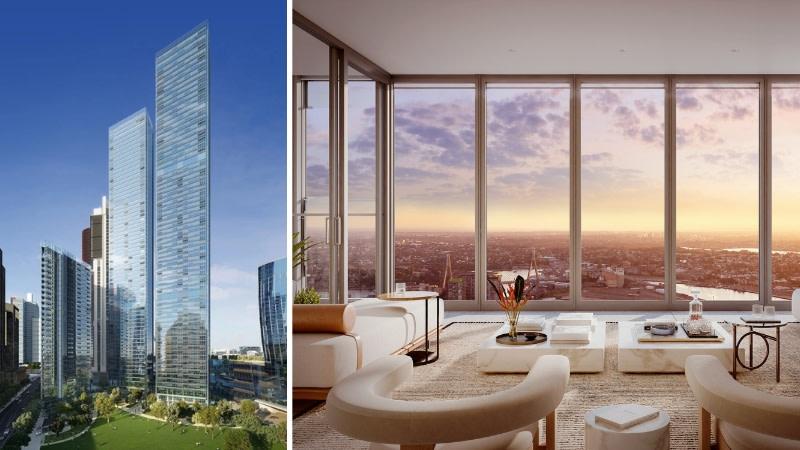 Residence One, One Sydney Harbour

It’s difficult to deny that Barangaroo is one of the most talked-about Australian development projects in living memory, whichever side of the fence you fall. With Lendlease’s Residence One topping out in December 2022, expect proud new apartment owners to be sizing up their calendars for a move-in date.

The towers were designed by Pritzker Prize-winner Renzo Piano and form an anchor for Lendlease’s overhaul of the Sydney CBD waterfront, with a number of major projects also under way at Circular Quay.