Hong Kong developer Top Spring is hoping its transformation of a big corner site in Sydney’s Double Bay will set a suburban record for luxury apartments when the $200-million project comes to market this week.

The three-bedroom apartments, of which there are eight, will start at $9.695 million. The three penthouses are expected to sell for up to $25 million.

“We're getting a very good level of interest, mainly from local purchasers,” Ma told The Urban Developer. “So I think we're expecting to hit some record prices given the scale, quality, location and outlook of this project.”

It’s that design, of what is now known as Ode, Double Bay, which Top Spring hopes to begin building in the first quarter of next year. Completion would be about two years later. Top Spring expects to name a builder within three months.

A Section 4.55 modification is before Woollahra council waiting approval.

“That modification is mainly seeking to add private rooftops to each of the penthouses,” Ma said. “We expect approval in a couple of weeks.” 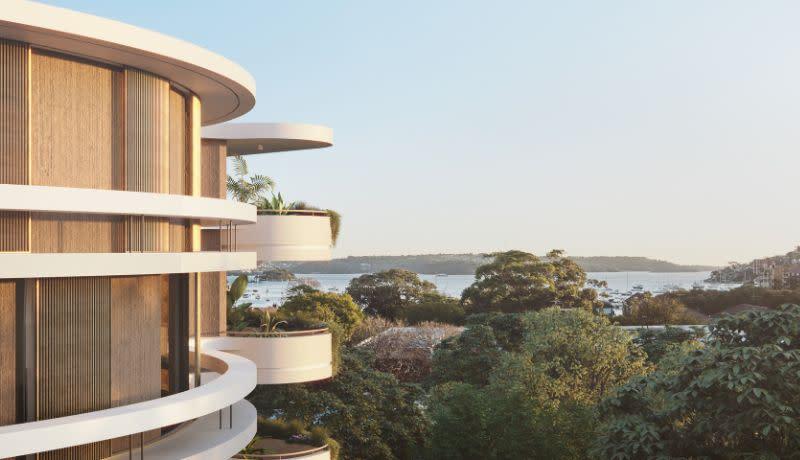 ▲ The three-bedroom apartments will start at $9.695 million.

The ground floor will include about 600sq m of retail space, which Ma says will be given over to high-end boutiques, food and beverage outlets.

Top Spring was founded in Hong Kong in 1993 with a focus on residential and commercial development, asset management, fund management and education. Top Spring Australia is a division of Top Spring International, which listed on the Hong Kong Stock Exchange in March 2011.

In May, Sydney-based property groups Fortis and Assembly Funds Management announced they would partner on a mixed-use development to replace the Cross Street Car Park with a cinema complex featuring 9000sq m of retail, community and office spaces, as well as 18 residential apartments.