Looking Below the Surface of The Line

As climate change rapidly advances, many Middle Eastern states are aiming to make the transition from carbon-based economies to alternatives that attract people from around the world—for tourism, business, work or to live.

One such example is a development known as NEOM, to be built in Saudi Arabia.

A key part of the plan is The Line, a $725-billion futuristic city designed to house 9 million residents. It comprises a mirrored, wall-like structure 200m wide and 500m tall.

To be built in Saudi Arabia’s north-western Tabuk province, the project will extend 170km inland from the Red Sea across coastal desert, mountain and upper valley landscapes.

The Line claims to set a new benchmark for sustainable development. Its footprint is just 34sq m (less than 4sq m per person), occupying a fraction of NEOM’s 26,500-square-kilometre site. This allows for a lighter touch on the landscape than would normally be expected for a megacity.

The Line is touted as a post-carbon eco-city, but the scale of its ambitions raises serious questions about whether the project can deliver on its environmental, economic and social goals within just a few years.

The devil is in the details

At first glance, the project appears environmentally impressive. The urban edge is no more than 100m from any point in the city. A high-speed electric
public transport service ensures no part of The Line is more than 20 minutes away.

Residing in such a gargantuan structure implies a claustrophobic lifestyle. But, in theory, each resident would enjoy an average of 1000 cubic metres of urban volume. That’s much more generous than most dense city-living environments.

Unfortunately, as in many high-density, high-rise buildings, a sophisticated vertical transportation system would be needed. The structure is equivalent to a conventional 125-storey skyscraper.

The project costs also seem modest at $US55,000 a resident. Let’s say this is achievable in a country with much lower employment costs than in developed economies and only relates to infrastructure.

Even then, it remains to be seen how ultra-high-speed transit and cutting-edge infrastructure and services within the most mammoth building so far constructed can be cost-effective. 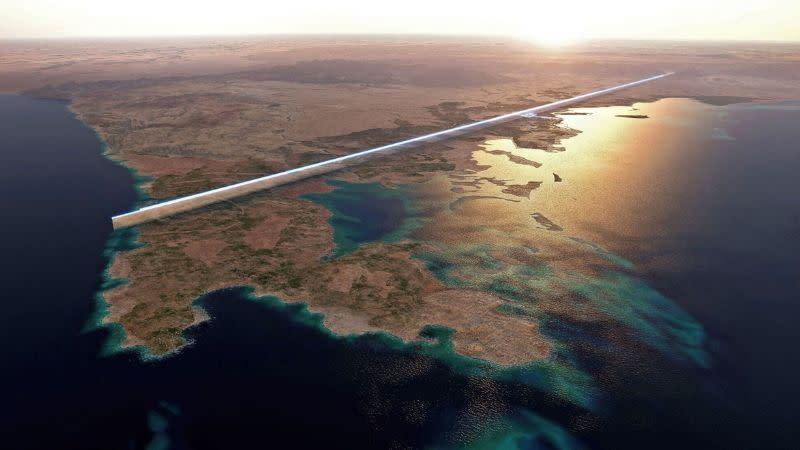 The linear design underpinning The Line is not a new idea. The Spanish urban planner Arturo Soria y Mata developed a “linear city” concept in 1882. This concept allowed great efficiencies in infrastructure (such as water, electricity, gas and transport) by incorporating it along a narrow, linear urban corridor. A key plank of the design was to “ruralise” the city and “urbanise” the countryside.

The Line echoes this concept. However, one wonders about its impacts on the countryside. How might a continuous 500m-high mirrored barrier, reflecting the desert heat and light and cutting across the landscape for 170km, affect local biodiversity?

The Line appears to be oriented along an east-west axis. This may be optimal for solar thermal management, but is likely to cast large shadows in mid-winter. 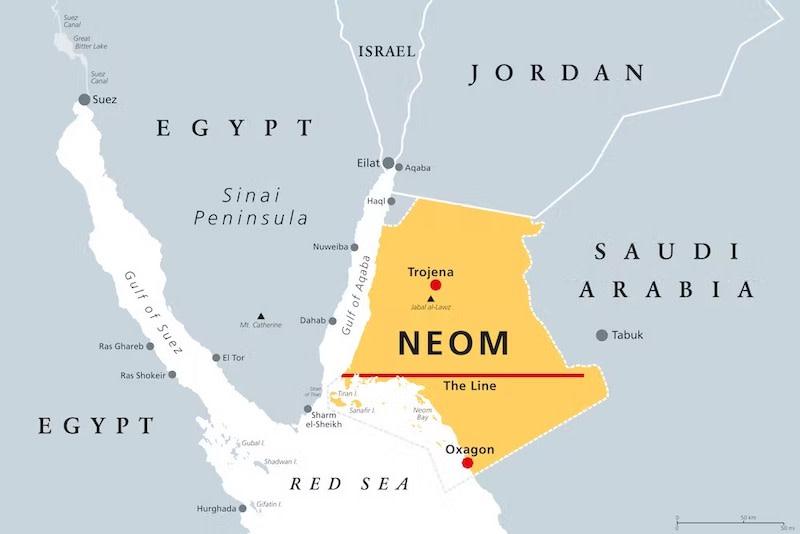 The Line aims for zero-emissions living. Energy comes from renewable sources, green hydrogen earns export income, wastewater is recycled, and it features the latest in “smart city” technologies and mixed-use buildings. Car ownership is eschewed in favour of walking, cycling and public transport.

However, the materials and construction of such an enormous project could be very emissions intensive.

The concept claims no one would be more than two minutes from nature (in other words, the urban edge at ground level). But does this consider the waiting times for a lift? Without careful design, a high reliance on vertical transportation may stymie hopes for genuinely walkable or bicycle-friendly precincts.

The Line may be developed in modules, but whether these would correspond to neighbourhoods is not clear. 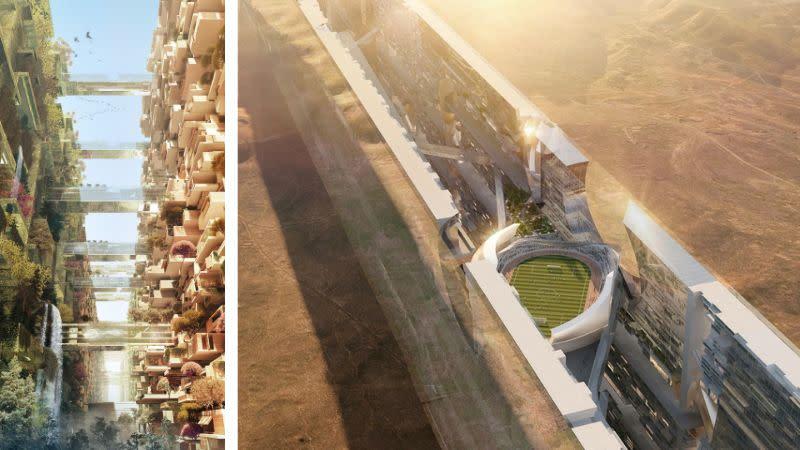 And will individuals, businesses and other entities have creative reign over how their designs are expressed—or will all parts of the city look much the same?

Independent expression of built form is an intrinsic part of conventional cities but may not be possible with such as rigid structure as The Line. This raises questions about whether people would warm to it.

Creating and maintaining a vision

The Line was to be completed by 2025 in a desire to revolutionise urban living. With construction yet to begin in earnest, it remains to be seen whether such a complex megacity can be completed so soon.

The Line promises to have “human experience” at its heart, that there will be “progressive laws” and healthcare will facilitate “individual empowerment”.

But maintaining this vision may be difficult as new migrants bring their own values. 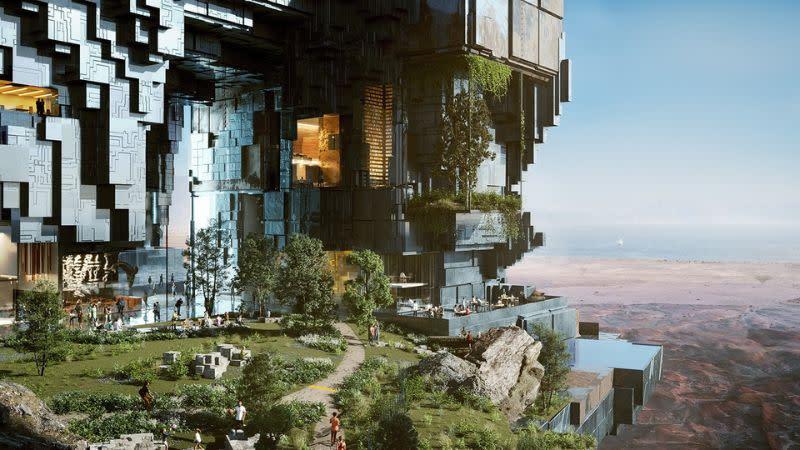 The Line appears to be a massive exercise in nation-building. Its planned 9 million population represents a 25 per cent increase on Saudi Arabia’s current population of 35 million people.

The marketing focus of The Line is on environmental sustainability, technology, luxury and professional lifestyles, innovation and a strategic location. This suggests its planners and designers intend to produce a novel and exemplary urban development that will rapidly transition Saudi Arabia to a post-carbon future.

All the elements are there to do that. But, from a planning and construction perspective, it will require enormous strength of will, financial heft and capability.

And it remains to be seen how successfully The Line will attract the residents it needs to succeed.