ASX-listed developer Sunland has lodged revised plans for four residential towers at its $1.3 billion masterplan on the Gold Coast.

The 42-hectare former dairy farm is set to be redeveloped into an urban village — “The Lanes” — delivering 17,000sq m of new retail space, a boulevard, outdoor amphitheatre and four residential towers.

The revised scheme removes plans for four permit-approved commercial buildings and increases the number of apartments from 298 to 310. Sunland initially lodged an application for the project in late 2018.

The end value of the four residential towers is $231 million.

The developer has appointed ex-Zaha Hadid designer Contreras Earl to design the four mid-rise towers, which are strikingly similar to the built form of its “champagne flute” skyscrapers in Brisbane.

“The [towers] represent a sculptural design language which takes its inspiration from the patterns and geometry found in various plant life,” Sunland managing director Sahba Abedian told The Urban Developer.

“This is where any similarity to our previous design concepts ends.” 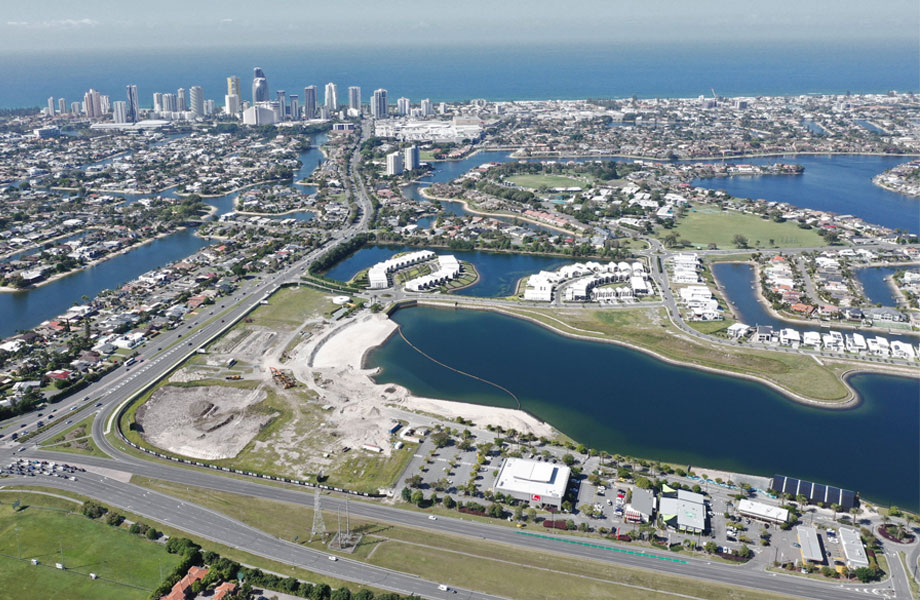 Ranging in height between 10 and 12-storeys, the four towers will offer one, two and three-bedroom apartments overlooking the newly-named “Lake Unity” and ground level retail.

Sunland’s revised application triggers council assessment by increasing the height of one of the towers to 12-storeys — above the masterplan’s approved height limit.

The developer has also lodged separate plans for a 4,460sq m childcare centre as part of the masterplan, offering space for 162 children.

Abedian said that the medium-rise typology was first explored by the developer at its Marina Residences development in Benowa.

“It will be particularly influential in its role as a catalyst for further mid-rise development in the [area],” architects Contreras Earl said. 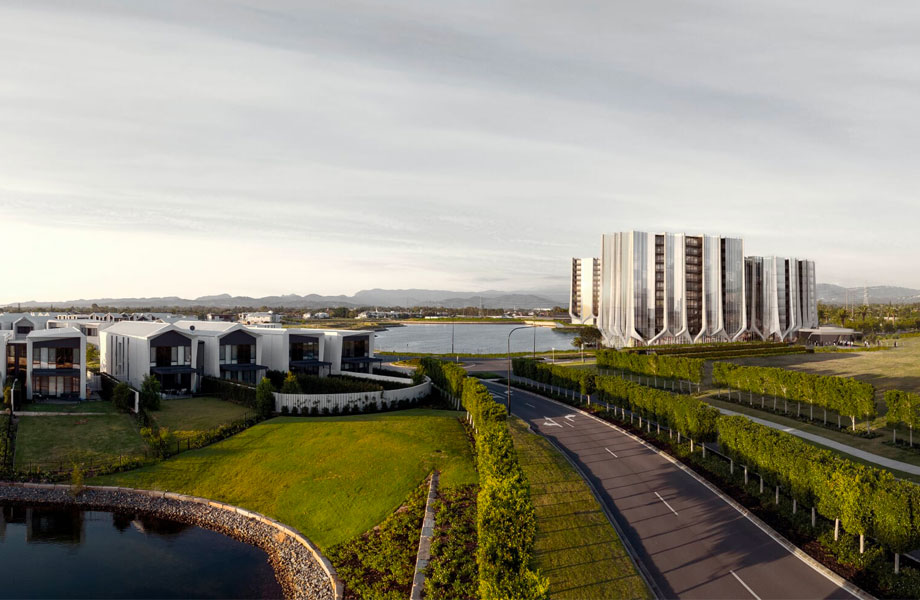 The retail scheme will function as a “town centre”, the developer said in its application to council, describing the larger masterplan as a new mixed-use urban community in the Gold Coast.

Pending council approval, the apartments will be launched to market early next year while construction is anticipated to take place concurrent to the construction of the retail village in late-2020.