A storage facility is in the works for the Brisbane inner-city suburb of Woolloongabba.

The three-floor development will consist of 1458sq m on the ground floor, and a total area of 3786 square metres.

Storage King will be the operator of the site, plans for which were submitted by Reil Dealership Bonds Pty and Focus Architecture.

The site has previously been home to car dealerships, and the new development is using existing buildings with additional built form extensions.

Plans for material change of use were lodged with Brisbane City Council for the site at 179 Logan Road in 2021, and were resubmitted with changes after a long development process.

In pre-lodgement meeting records, the proposal acknowledged that it “is not entirely consistent with the ultimate outcomes sought for the site under the neighbourhood plan”.

However, it said, the proposed retrofit and extension of existing buildings could provide “an interim and holding outcome for the site while waiting [for] a long-term high-density and mixed-use development to occur in future”.

Following the information request process, the council required that changes be made to the originally proposed development, to ensure the built form better responded to the site zoning and eventual residential and mixed-use purpose of the site. 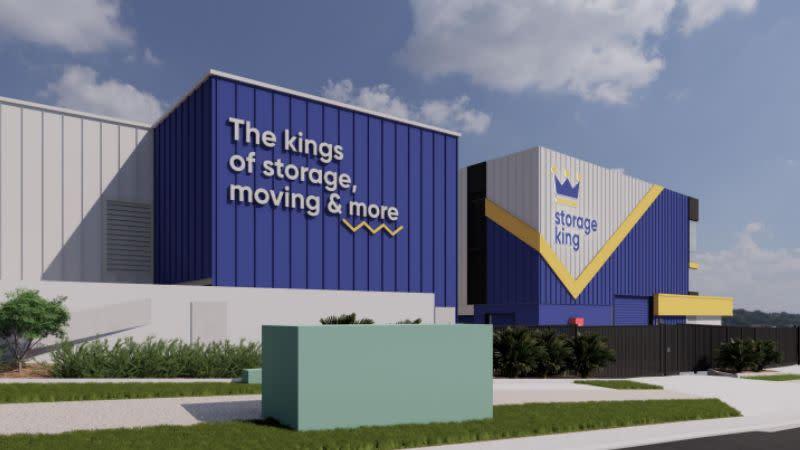 ▲ Self storage is a “well-positioned” subsector on the back of rising apartment living and flexible working practices, according to JLL.

The self-storage sector has grown steadily in recent years, with some suggesting that it could be a major opportunity for investors in coming years.

JLL’s Alternative Investment Outlook report released this month said there had been a “notable uptick in performance” over the past 24 months with operators reporting significant improvements in occupancy and revenue per available metre (RevPAM).

Blackstone entered the market in 2021 with DBI Storage, but the two biggest A-REITs in the sector are National Storage and Abacus, which have focused on acquiring assets off-market from private owners. They recorded an average yield of 5.86 and 5 per cent respectively.