The 4140sq m site on 308 Exhibition Street was bought by SP Setia in May 2016 from Telstra for $101 million. If SP Setia gets its asking price, it will result in a record $1 million per hotel room.

In 2018, the plan for two towers, the 60-level Sapphire by the Gardens luxury apartment tower and the 62-level Shangri-La hotel tower, was announced with a projected cost of $565 million.

At the time of launch, the 300 Sapphire by the Gardens apartments were 95 per cent sold out with 60 per cent sold to overseas buyers. One penthouse apartment had been bought for $14.8 million while another had been priced at $29 million with some interest.

The hotel tower has a 57,114sq m gross floor area with a skybridge connecting it to the apartment tower at level 46.

It overlooks the UNESCO-listed Carlton Gardens and Royal Exhibition building and is scheduled for completion in late 2023.

Colliers’ Gus Moors said it would open in early 2024. Moors, along with Karen Wales and Deloitte’s Stephen Hynes and Paul Bartlett are brokering the sale.

“As hotel markets across the country move into rapid recovery mode, the timing of the delivery for the Shangri-La will see this 500-room property open at an ideal time in the hotel cycle,” he said.

Moors said Multiplex has now finished the construction on the project.

“They have finished construction of the structure and have started the fitout phase and so they feel this is the ideal opportunity for an investor to come onboard at this phase of the construction and to take over the end product,” Moors said.

Hynes said the hotel had panoramic 360 degree views of the city and would include luxury amenities.

“Amenities will include a range of eclectic bars and restaurants with alfresco dining, expansive conference facilities, a spa and wellness centre, an indoor heated swimming pool and more,” Hynes said.

The hotel is being sold via an international expressions of interest campaign closing April 28, 2022. 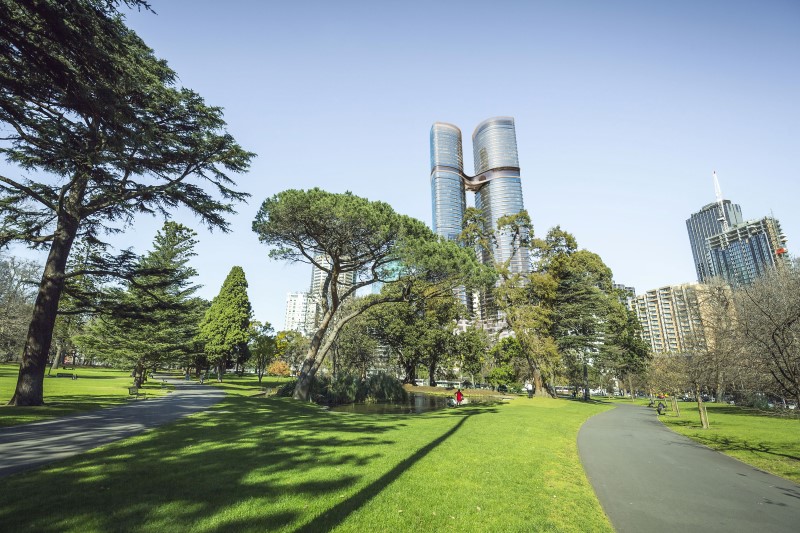 SP Setia also has a residential project caught up in the Probuild collapse with Probuild slated as UNO Melbourne’s builder.

The estimated project cost, according to BCI data, was $200 million with SP Setia’s 2020 annual report forecasting an expected gross development value of $462 million.

The company recently announced a revenue increase for 2021 of RM3762 million (A$1250m) in its 2021 fourth quarter results in February.

SP Setia’s other projects in Melbourne include the 332-apartment project Parque at 555 St Kilda Road and Fulton Lane at 155-165 Franklin Street.