Sydney-based developer Sammut Group has lodged plans for a $100-million beachfront apartment block in Cronulla, padding out its growing portfolio in the Sutherland shire.

The developer picked up the 1300sq m site for $38 million in an off-market strata amalgamation deal with 18 separate owners in February.

Sammut has now lodged a development application for a high-end apartment block at the 67 Gerrale Street site.

Sammut Group managing director Allen Sammut told The Urban Developer the project was the culmination of the vision he had held for the site for the past three years due to its position on Beach Park Avenue, which links Cronulla station and Cronulla beach.

“We were thrilled to be able to secure this amazing location as it has such potential to become another very key part of the local landscape that is attractive, vibrant and safe,” Sammut said.

“The design [we have submitted] is very in keeping with the relaxed, contemporary beach vibe that exemplifies the Cronulla lifestyle.”

The proposed project will include retail and hospitality amenities on the ground floor and 24 two- and three-bedroom “luxury apartments” across nine storeys. 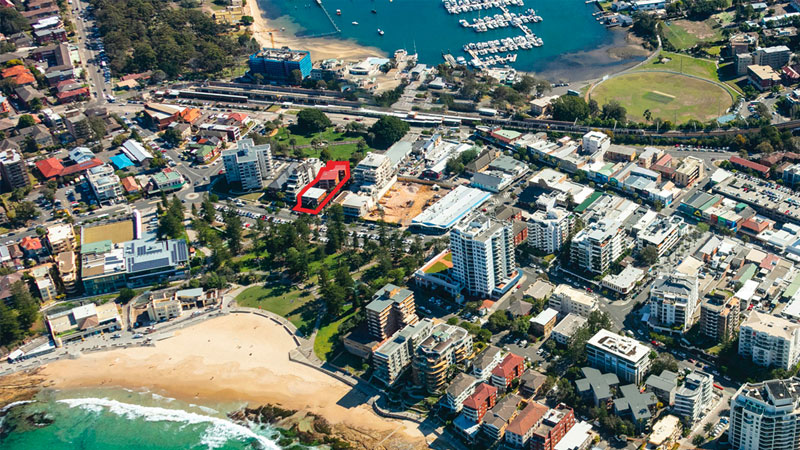 ▲ The site is between Cronulla’s train station and the beach.

Sammut’s acquisition of the Gerrale Street site represented a new record sale rate for Cronulla and the Sutherland shire at $9400 per square metre.

The site, 110m from Cronulla Beach and 20m from the Cronulla train station, has three street frontages—Gerrale Street, Beach Park Avenue and Surf Lane—for a total of 115 metres.

The existing three-level, red brick walk-up will now be demolished to make way for a PBD Architects-designed building comprising of six two- and 18 three-bedroom apartments.

“The retail spaces will provide pedestrian-friendly and safe shopping space that is designed to cater for the needs of all ages and abilities,” Sammut Group chief operating officer Julian Sammut said. 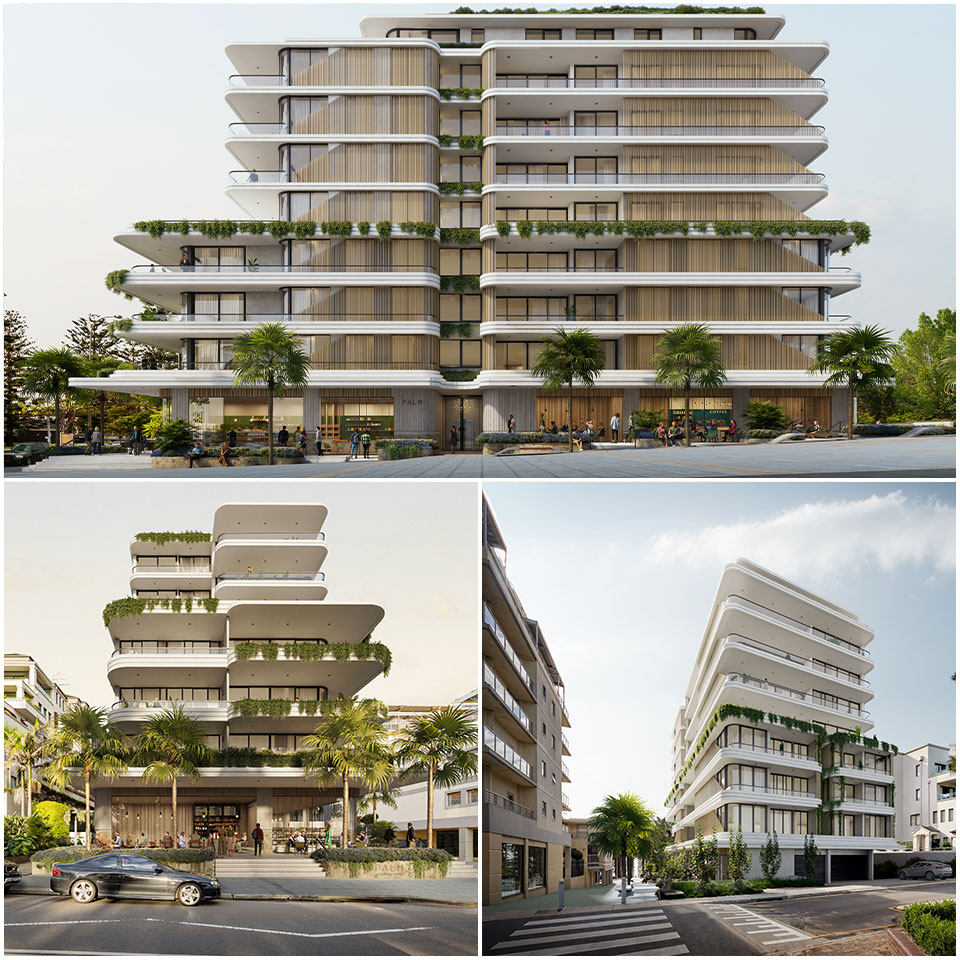 ▲ Sammut said the proposed development would create the “missing link” connecting the station to the beach. Image: PBD Architects

Sammut is also planning to revamp the walkway down to the beach as part of a voluntary planning agreement in consultation with the Sutherland Shire Council.

It will be the fourth project between Sammut Group and investment firm Alceon Group—with three projects now in Cronulla and another on the Gold Coast.

Sammut said the partnership had been a game changer for the business, founded by his father 50 year ago, providing the developer with the financial firepower and the ability to grow beyond its Cronulla roots.

The company is advanced on its first interstate project—Coast, a 35-level apartment building along the highly sought-after Northcliffe Terrace-to-Garfield Terrace stretch between Surfers Paradise and Broadbeach.

Meanwhile in Cronulla, Sammut is forging ahead with plans for a $350-million mixed-use development at 3-23 Kingsway, after pulling off a similarly complex site aggregation that cost more than $100 million.

The negotiations, encompassing 24 stakeholders across nine properties, similarly took a year to complete.

The developer has completed a number of other apartments projects in Cronulla in recent years, including heritage redevelopment Banc, 67-apartment Loft, 27-apartment Breeze and 11-apartment Drift.