In what will be its second project in the suburb, RM Developments has filed plans for a substantial apartment development in Sippy Downs on the Sunshine Coast.

The 0.423ha site is at 45 Sippy Downs Drive is next to the Sunshine Motorway and on the edge of the education precinct that includes Siena Catholic College and the University of the Sunshine Coast campus.

It is across the road from the planned Sippy Downs Forest Park, which is expected to be completed by the end of the year.

The plans before the Sunshine Coast Council, designed by Greg King’s K Architects, are for 89 apartments across seven storeys comprising 32 three–bedroom units, 56 two-bedroom units and a single one-bedroom unit.

It will have a large communal terrace, 142 carparking spaces and a pool and will be developed in two stages.

The project is valued at $60 million, according to RM Developments. 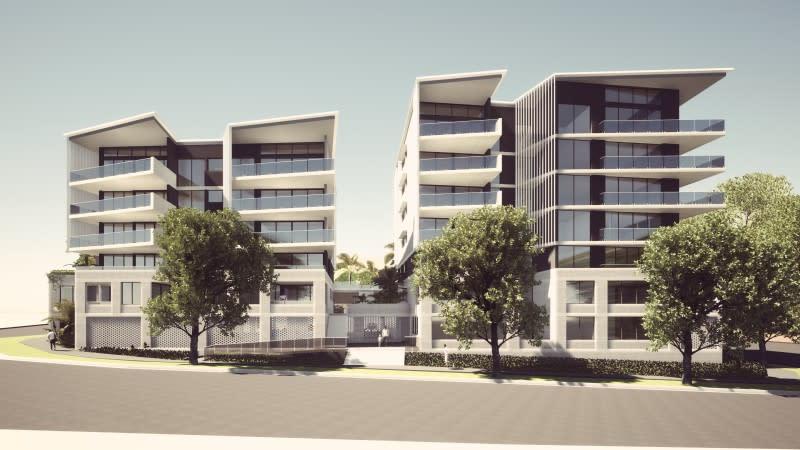 ▲ The Sippy Downs project will have two towers and be developed in two stages. Source: RM Developments

RM Developments director Josh Myers said Sippy Downs was an ideal location for such a project due to its recent growth.

“The region’s education precinct has attracted newcomers and sparked an increase in commercial and hospitality offerings.”

Coles and Woolworths are anchor tenants in a shopping precincts in the suburb.

The project is RM Developments’ second project in the suburb—it is currently selling and about to start construction on Soho Sippy Downs, comprising four apartments and four commercial spaces on the corner of University and Peter Crosby ways.

RM Developments' previous projects include the $42-million Plaza Central, next to Sunshine Plaza in Maroochydore with 85 units and six commercial spaces.