A Sydney developer with a penchant for blue chip property plays has filed plans for a boutique multi-level residential building on the city’s lower North Shore.

It is Podia’s second project in the desirable harbourfront suburb of Neutral Bay.

“Areas like the lower North Shore, eastern suburbs and the inner-west should remain strong.

“In this day and age it’s hard to make predictions but [areas] that are highly desirable, close to the CBD, close to transport, close to amenity and close to schools—should still continue to perform well.”

Spanning two titles totalling 1699sq m, it is earmarked to replace a brick cottage described as “in disrepair” and an “outdated” four-storey block of flats.

According to BCI data, construction will cost an estimated $20 million. 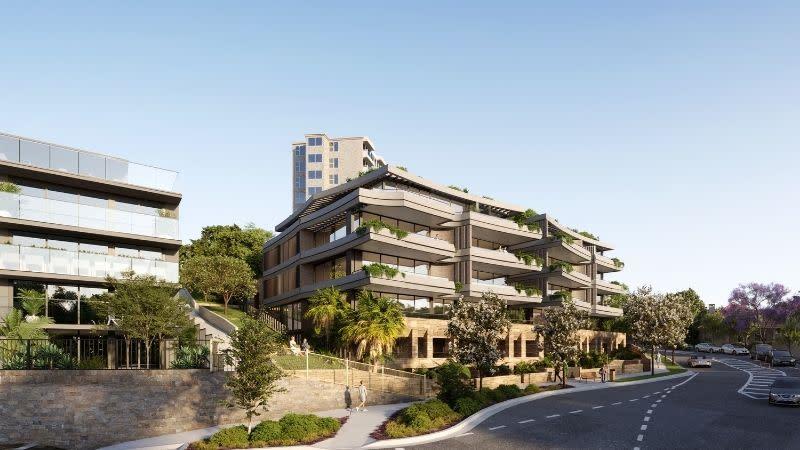 “The proposal has been designed with careful consideration to the local character of Neutral Bay through its interpretation of materiality and form,” the filed documents said.

“[It] achieves harmony with its neighbouring context … and utilises robust natural materials and coloured elements corresponding to the local streetscape.”

However, several submissions from the local community have deemed the proposal for the site at 96-98 Ben Boyd Road to be out of tune with its surrounds.

Among the objections, it is claimed the development is of excessive height and site coverage and as a result will impact the privacy as well as view lines of neighbouring properties.

“This is a gross over-development of the site ... [it] will completely over-shadow all surrounding developments even making the adjoining high-rise towers look insignificant,” one of the submissions said.

“Yes, there are people in the community with concerns,” Grassi said. “We understand that ... and we'll work with them to understand the plans and if their concerns remain, to the extent we can, we'll make amendments to our scheme.

“Our reputation is important to us. We don't just want to come in there like a bull at a gate and bully people around. We ultimately want their support.” 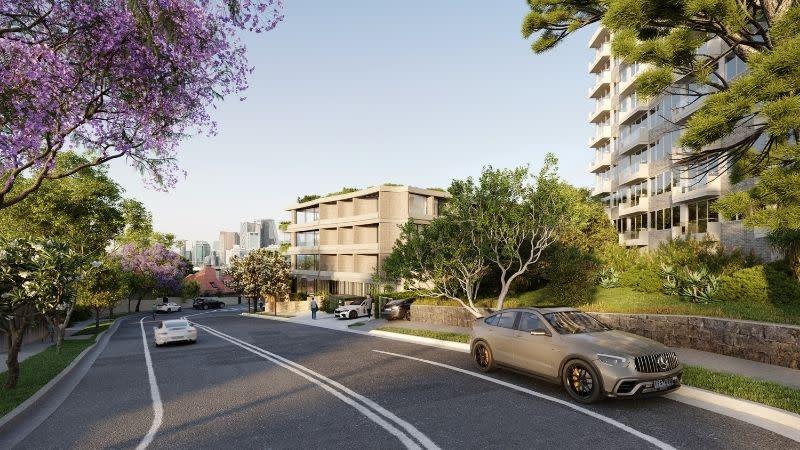 ▲ The project will be Podia's second in the desirable harbourfront enclave of Neutral Bay.

Podia’s planning documents concede the proposal—reaching a height of 13.035m—requires “a small degree of flexibility to be applied to the maximum building height of 12m that applies to the site”.

The variation relates to one of the lift overruns and part of the southern edge of the building roof.

According to the DA, the proposed building sits below the maximum height of the existing block of flats on the site.

“The proposed height variation will not result in any unreasonable impacts on surrounding sites in terms of overshadowing, view loss or visual or acoustic privacy” it said.

Architecture firm MHN Design Union has indicated that apartments on the lower two storeys are located below the existing ground level of the sloped site in a landscaped “sandstone gully”.

The filed documents also said the proposal “celebrates the site’s natural geology and reinforces its existing character”—including the front fence designed with reference to the materiality of the stone boundary wall.

Podia is also behind a 25-apartment project—Premier Place nearing completion around the corner at 14-20 Premier Street.

Its current pipeline also includes projects in North Sydney, Surry Hills and it is preparing to launch to market a 41-apartment project on Byron Bay’s Jonson Street. The prime parcel in the northern NSW hotspot was acquired early last year for $18.55 million.