Plans have been filed for the redevelopment of a locally famous restaurant in a Melbourne CBD fringe suburb.

The Anassis family’s Richmond Oyster Bar at 437-439 Church Street, Richmond will become home to an eight-storey office building on the 620sq m site.

The Richmond Oyster Bar will then call the ground floor of the building home.

The projects has been designed by Architects One Design Office and has an estimated cost of $6.8 million.

The application requests a reduction in the statutory car-parking limits and the office component of the plans do not require rezoning applications.

The Anassis family are the owners of the property.

Brothers Tony and Nick Anassis established the business in 1959 at 441-443 Church Street, next to the railway line.

In 2008 brothers Theo and Chris Anassis took over the business and now oversee the Richmond Oyster Bar as well as a wholesale business, Victorian Frozen Foods Distributors. Their mother, Eleni Anassis, remains the owner of the land. 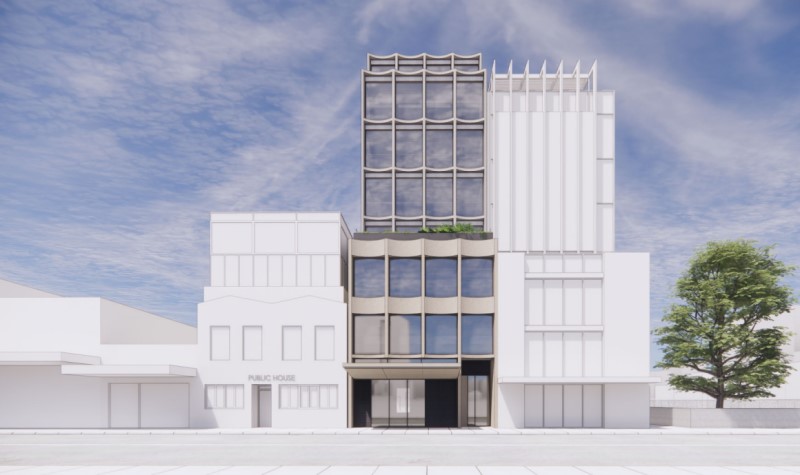 ▲ The Anassis family plans to redevelop the Richmond Oyster Bar, on a site that has been family owned and operated since 1959.

Theo Anassis confirmed to The Urban Developer that the family would retain the business and property after development. Property consulting firm KPSG will manage the project development and delivery.

Some office space in the new building would be used by the Victorian Frozen Foods Distributors business and the remainder leased out.

In 2008, Theo and Chris opened the Richmond Oyster Bar at 437-439 Church Street, setting up the restaurant end of the business.

The family has owned property in Richmond and other suburbs, most notably listing several properties along Swan Street in 2016 and 2019.