Affordability and Homelessness Crisis Shaping Up as Election Issue

A perfect storm is on the horizon and advocacy groups are calling on the federal government to address affordable and social housing shortfalls in the lead up to the federal election.

A combination of the increasing housing affordability crisis, looming inflation and interest rate hikes, and the evaporation of subsidised housing has been tipped to create a huge shortage of affordable and social housing nationally.

According to the Productivity Commission’s latest report on Government Services in 2020-21, the federal government spent $5.3 billion on the Commonwealth Rent Assistance (CRA) program to help ease rental stress, defined as rent costing more than 30 per cent of the renter’s income.

The federal and state governments nationally spent about $5.7 billion in 2020-21 on social housing and specialist homelessness services, but Mission Australia executive of community services Ben Carblis said it was not enough to stem the tide.

“Finding an affordable home to rent has never been so difficult,” Carblis said.

“Many are heading into 2022 already homeless—often unexpectedly—because there isn’t enough accommodation options to go around for everyone who needs it.

“Our dual housing and homelessness crisis is a blight on our country … why isn’t more being done to repair and invest in Australia’s housing system?” 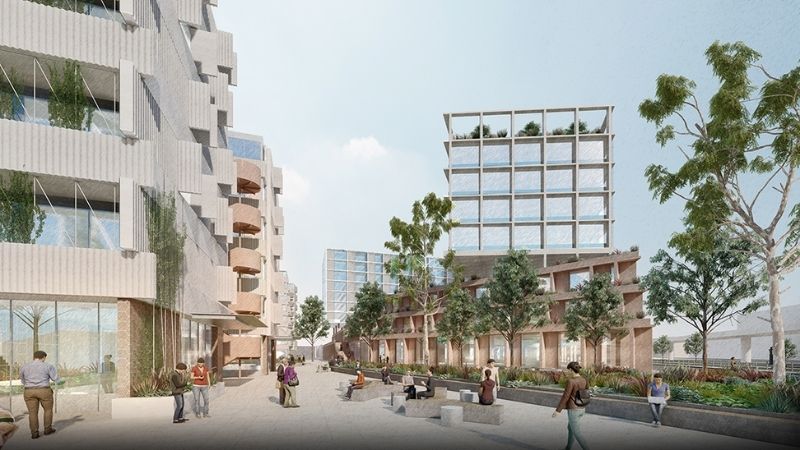 ▲ Assemble has committed to delivering about 20 per cent of the 1180 dwellings proposed at Carinish Road at Clayton as social housing. Image: Assemble

Carblis has called on the federal government to commit to “intensive efforts” to building social and affordable housing ahead of the federal election this year.

“The state and territory governments can’t do it alone,” Carblis said.

“This crisis demands the federal government takes the reins of a national plan to end homelessness in Australia which focuses on long-term investment to address the stark shortage of social and affordable homes.”

Subsidised rental properties under the National Rental Affordability Scheme will dry up in 2024 after the 10-year program was axed in 2014, adding further pressure to the strained social and affordable housing supply.

Australia’s property market has been identified as one of the least affordable in the world.

Investing Reviews compared Australia to countries in the European Union, OECD and G20 across multiple factors, including average wages, average property prices and cost of utilities to create an affordability score.

The Australian property market ranked ninth in the world as least affordable. Luxembourg took the top spot, while India was named as the most accessible.

Australia’s property market peaked in March 2021, with the average house price in Australia increasing $2000 every week this year.

A Senate Inquiry into Housing Affordability and Supply in Australia is due to hand down a report next month after more than 150 submissions and public hearings in November.

The inquiry looked at the affect of taxation, charges and regulations at all levels of government on housing supply, initiatives used to boost housing supply, and any procedural issues impeding the provision of housing.

Committee chair, Liberal MP Jason Falinski, said planning and zoning restrictions and charges added tens to hundreds of thousands of dollars to the cost of an average new property, and a shortage of supply had constrained the market.

While private developers and capital partners are starting to innovate in the affordable and social housing sector to address the need for more supply, more focus is needed as the country grapples with inflation, interest rate rises and low wage growth.