Ten years and counting—the development race is on to get Queensland in gold medal-winning shape to host the world’s biggest sporting event and hit the reset button on future inclusive growth.

Key to the success of the planning for the 2032 Brisbane Olympics will be how it manifests social, cultural and economic benefits that will deliver a new post-Games benchmark of liveability.

“It’s about making sure whatever is being built is satisfying a need regardless of the Games,” says UBS Asset Management executive director Michael Woodrow.

“If that’s done well then there’s no reason Brisbane and the rest of Queensland won’t thrive beyond the Olympics.”

Woodrow should know—he has form after running with the development pack that created the Gold Coast's $550-million athletes’ village for the 2018 Commonwealth Games and then executed its transition into Australia’s first large-scale build-to-rent community.

The Smith Collective, as it is now known, comprises 18 buildings with 1252 one, two and three-bedroom apartments as well as a 6280sq m retail hub on a 29ha site in Southport’s health and knowledge precinct.

Originally owned by the Queensland government, the site is now held by UBS Asset Management, which developed the village in a joint venture with developer Grocon. Property group JLL manages the asset and its leasing. 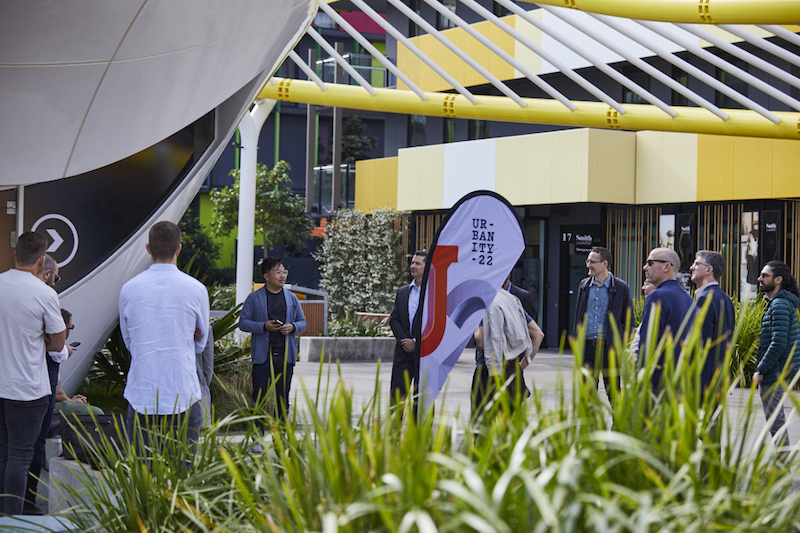 ▲ Urbanity attendees during the site visit to The Smith Collective in Southport. Image: Cieran Murphy

Slow out of the blocks, leasing ramped up prior to Covid but then hit a pandemic-induced plateau for several months before rapidly rebounding late last year.

By the end of December, it was a full house, allaying any lingering concerns over it becoming a white elephant—a hoodoo that has haunted major event-led development in the past.

It is now being touted as a viable model for the 2032 Olympics athletes’ villages at Brisbane’s Hamilton Northshore and Robina on the Gold Coast as well as a satellite village at Maroochydore on the Sunshine Coast.

“The Olympics will be on a different scale again,” says Woodrow, who hosted a site tour of the Smith Collective for delegates at The Urban Developer’s Urbanity 2022, which began on the Gold Coast on Wednesday.

“But this is a model that has worked and can work again … it has had its challenges but it has really hit its straps now and is delivering on its end purpose more than ever.

“From a build-to-rent perspective, we didn’t have all the answers and in some cases we’re still learning as we go but we’ve proved the concept does really work and it has really shown it is quite resilient.

“We very much believe this is a sector that needs to happen in Australia.

“We feel the economics behind it, with the social and demographic changes that are happening in society, really support this asset class … [and] we really see it as a supply solution for housing.” 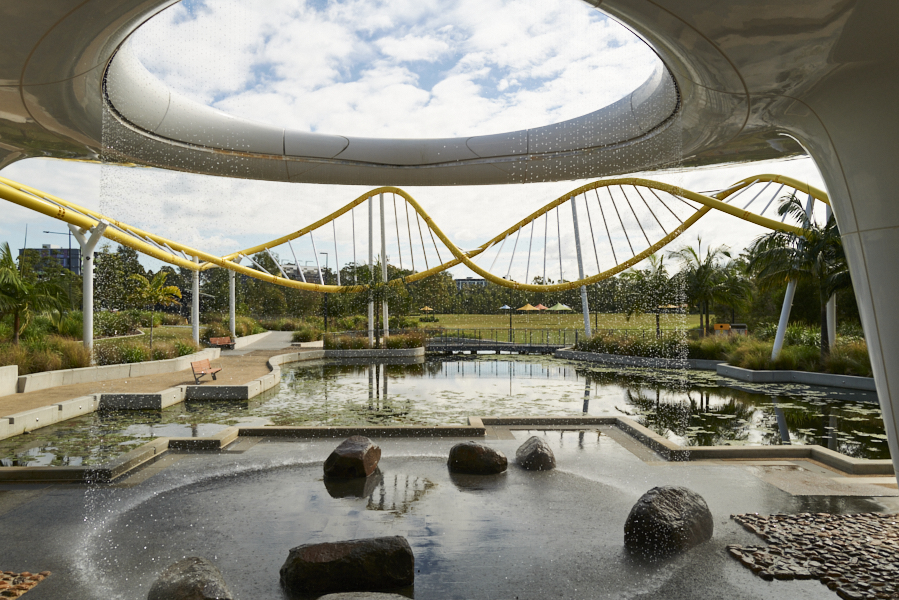 ▲ The transformation of the athletes’ village has been an ‘unmitigated success’. Image: Cieran Murphy

The Smith Collective’s precinct general manager, Matt Taplin from JLL, adds: “I can’t think of this as anything but an unmitigated success.

“Despite us having the sign on Smith Street saying ‘We’re now leasing’ the reality is we haven’t been leasing since before Christmas. We’re full.

“We were writing up to 150 leases a month and we could do that again tomorrow if we had the capacity.

“It's providing critical infrastructure that’s missing elsewhere in the city in terms of supply. Who else is meeting this market?

“There is a shortage of rental housing right across south-east Queensland … this is the type of development that actually solves the problem. I can’t think of a better solution.

“Of course, there's always things you can improve but what we’ve ended up with has actually worked really well in terms of desirability from potential residents and from an operational and owner's perspective."

A recently-released Urbis report for Queensland Shelter (Q Shelter) says if the planning framework is put in place early, the Brisbane 2032 Olympics could set a new standard in legacy for social and economic opportunities. 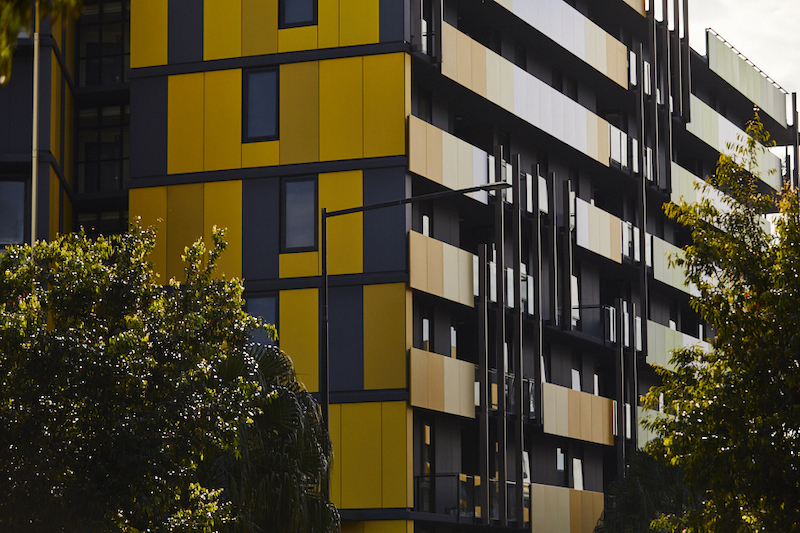 “Historically, Olympic and Paralympic Games have promoted social and affordable housing legacy opportunities but have rarely delivered in these areas and if we start planning and acting now, Brisbane 2032 has an opportunity to be the most successful Games of all time, leaving behind a legacy for all,” according to Q Shelter executive director Fiona Caniglia.

“There are many lessons to be learnt from the 2018 Commonwealth Games’ experience, which unfortunately, due to lack of early planning, clear objectives and identified target outcomes, there was no social and affordable housing legacy for the region.

“Housing was not embedded in the legacy framework, and we know that post-Games conversion of an athletes village to build-to-rent models does not always translate into an affordable rental outcome.

“With Olympic Games’ plans already well under way … there is so much to get right to ensure that does not occur again.”