It’s the $25-billion question—in the post-Covid flexible new work order, how will all the new space being developed during Australia’s latest office supply boom be filled?

Data from Real Capital Analytics indicates that by the end of this year more than 200 new office buildings will have been unlocked across the country over a three-year period.

AMP Capital’s landmark Quays Quarter tower near Sydney’s Circular Quay is one of the newest additions to the nation's office landscape with 89,000sq m of commercial space across its 50 storeys.

Designed by Danish architects 3XN in consultation with Australian firm BVN, the construction of the Jenga-like tower involved the transformation of an existing 45-year-old, 45,000sq m office building.

Its striking form comprises five “shifting glass volumes” stacked upon each other and, significantly, the upcycling and retention of the existing building’s core helped save more than 8000 tonnes of embodied carbon.

The tower is a centrepiece of AMP’s $3-billion Quay Quarter mixed-use precinct redevelopment spanning 11,000sq m across two city blocks, including another office tower earmarked for refurbishment at 33 Alfred Street.

“Quay Quarter Tower will truly further Sydney’s vision and credentials as a global, and green, city and the timing couldn’t be better for breathing new life into one of the oldest parts of the Sydney CBD,” she said. ▲ AMP Capital's Quay Quarter tower near Sydney's Circular Quay is one of the newest additions to the country's office landscape.

By Real Capital Analytics’ calculations, office properties with an estimated value of $15 billion were completed during 2020 and 2021.

The keys to a further $10-billion worth of office assets are expected to be handed over during 2022, taking the total value of the boom-cycle stock to $25 billion.

This compares to just under $14 billion in new office buildings that entered the market from 2017 to 2019.

About 80 per cent of the new office supply coming online is in Sydney and Melbourne, RCA head of real estate research head Ben Martin-Henry said.

“It’s a fair amount, certainly more than we’re used to,” Martin-Henry told The Urban Developer. “And how this new space is going to be taken up … well, that’s the $25-billion question really.

“The timing of all this new product coming to market could be seen as unfortunate, given that many occupiers are re-examining their office footprint due to the rapid workplace evolution brought on by the pandemic. 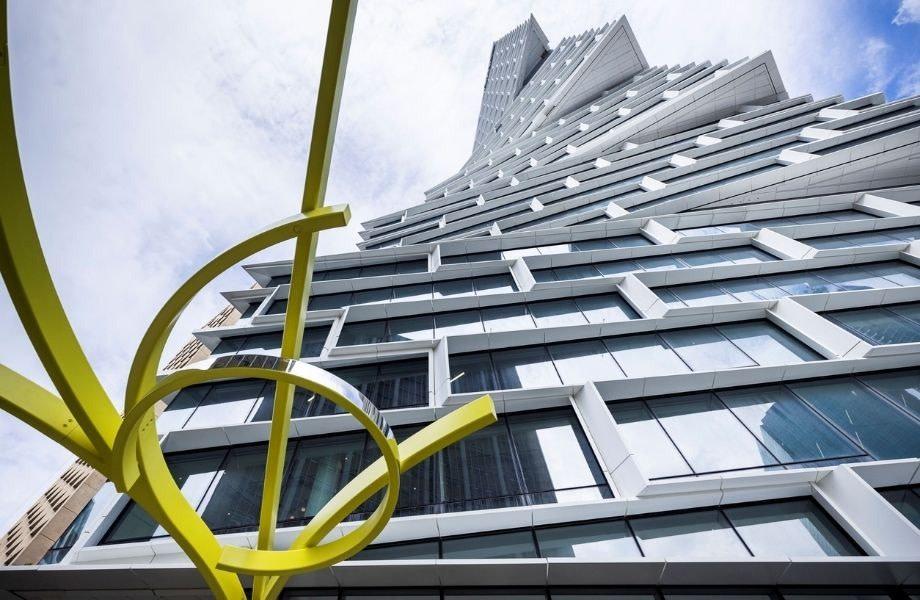 “If you look at the latest office vacancy figures they are at record highs above long-term averages, so that is a bit of a concern.

“But on the flipside, we’re also hearing that office occupancy rates are starting to improve as people do come back to work.

“And certainly the transactional data suggests investors still believe in the future of the sector, that's for sure.

“But there's still so many questions out there to do with what's going to happen and how these new buildings are getting leased ... and I think this year will be a very telling year for the office market.

“Going forward, I expect there will be a bit more rationalisation in the office pipeline as people adopt a more of a wait-and-see approach to how all this stock does get absorbed and how inflation and the blow-out in construction costs plays out.”

According to JLL’s latest research, Australia’s CBD office markets recorded a fourth successive quarter of positive net absorption in the first quarter of 2022.

And also in the first quarter, the national CBD office market vacancy rate contracted by 0.2 percentage points to 13.5 per cent.

JLL’s head of office leasing Tim O’Connor said a notable increase in leasing enquiry over March and into April pointed towards an acceleration in activity over 2022.

“Major occupiers are consistent in their space requirements with a focus on flexibility, sustainability and features that support employee wellbeing, engagement and experience,” he said.

But he also added: “The office sector is starting to see the impact of higher inflation.