Plans to turn an approved beachside aged care facility into an apartment tower have been approved on the Gold Coast despite concerns about the future Oceanway path.

Gold Coast developers Anthony Gordon and Paul Younan are behind the 14-storey tower planned for 332 The Esplanade, Palm Beach.

The Algeria Palm Beach plans include 76 apartments and communal space with a pool, wellness centre, lounge and dining facility along with 167 car parking spaces.

They picked up the site from Regis Aged Care for $21 million in late 2020 and have already started demolishing the existing homes on the 3304sq m site that sits between 17th and 19th avenues.

The new Cottee Parker design centres around a green spine that connects the two wings, creating a light-well that runs the full height of the building. 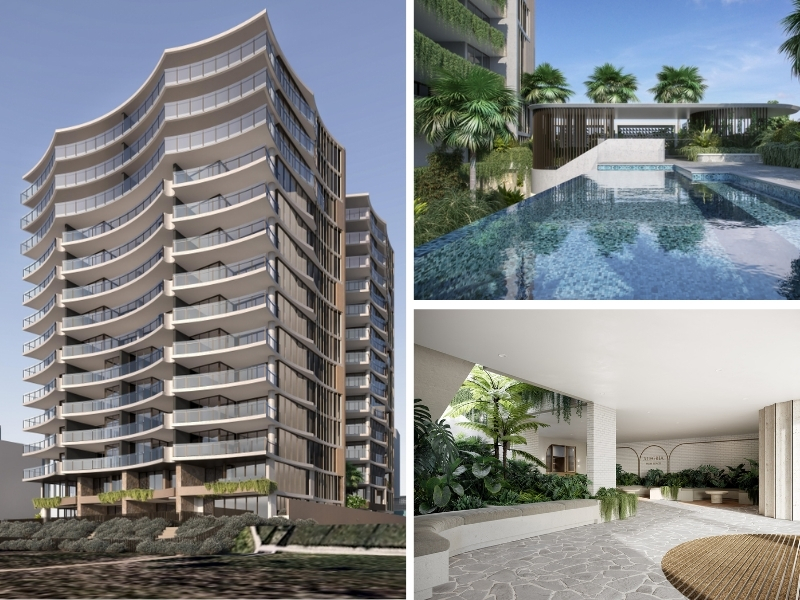 There were concerns around the project, with 134 submissions and questions from Gold Coast City Councillors Daphne McDonald and Hermann Vorster.

“I thought it was quite interesting the buildings have been proposed so close to the dunes and not closer to the Gold Coast highway,” Vorster said.

“I just think that’s terribly unfortunate [we don’t have more information], the state plainly has the desire to deliver an oceanway that would run in front of this boundary.

“In the absence of any further information from the state, it’s difficult for me to judge whether this building is suitably set back.”

However, landscaping and stairs were on private land and the tower exceeded the maximum setbacks from the dunes.

The Gold Coast Oceanway would sit further out from the site, about 3m from the property boundary, with the state government yet to finalise these plans.

Gordon said the project was expected to generate total sales of more than $140 million.

“The positioning and alignment of the building makes the most of the magnificent views while having plenty of setback from the Gold Coast Highway,” Gordon said.