NSW’s first building commissioner, David Chandler, tasked with cleaning up the state’s construction industry, has resigned after three years in the job with no immediate explanation as to why.

The Urban Developer tried to contact Chandler, as well as his immediate team at the state department, who said he was unavaliable to provide comment at this time.

The construction veteran was put into the newly formed role in mid-2019 by the state amid growing concerns about apartment building standards after a string of high-profile building failures, including cracking damage to the Opal Tower and Mascot Towers buildings in Sydney.

Initially appointed for a two-year term, Chandler had already had a one-year extension in the job—with this second extension announced in April taking him through until September 2023.

It is understood that the search for Chandler’s replacement is under way before he vacates the role in November.

Chandler was responsible for the investigation and disciplinary action for misconduct of risk-prone developers, builders and certifiers while overseeing the end-to-end licensing and auditing across the building industry. 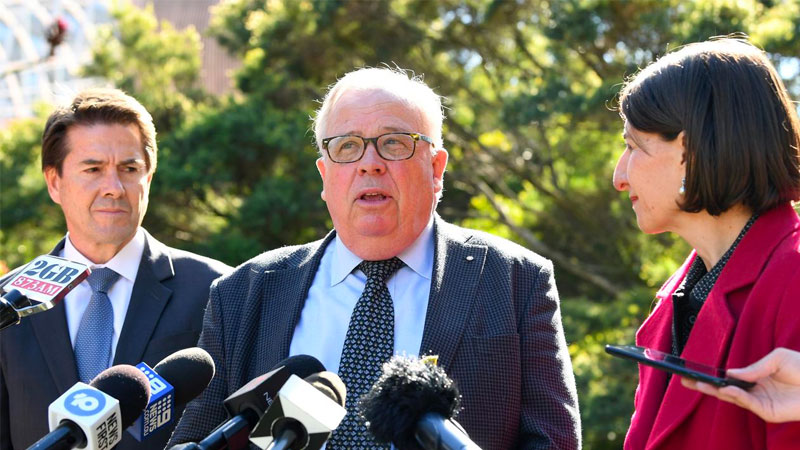 He has also been overseeing legislative reforms of the building industry, albeit lightly, with more of a focus on leadership, and using all the levers of the sector, including the financiers and the insurers, as much as legislation, to drive lasting change.

Two bills, the 2020 Residential Apartment Buildings (Compliance and Enforcement Powers) Bill and 2019 Design and Building Practitioners Bill, have been enacted under his stewardship to shore up the state government’s planned six-pillar building reform package.

As part of Chandler’s crusade to restore confidence in the construction sector, he has been championing the roll-out of a public register rating developers and builders in a bid to weed out shoddy operators.

The rigorous review process rates industry players from one to five stars, depending on their assessed ability to deliver a reliable outcome based on criteria including if they have had judgements made against them, and if they have a sound history of paying creditors.

Over his three years in service, Chandler has maintained that about 20 per cent of apartment buildings in the state had “significant issues” such as structural, waterproofing and fire-rating systems that he needed to resolve.

Urban Taskforce chief executive Tom Forrest said that Chandler’s resignation was a huge loss for the construction industry in NSW.

He said the commisioner had won the respect of the property construction and development sector.

“Urban Taskforce has not agreed with everything David Chandler has done but one thing is for sure: whenever we had an issue, he was always willing to take the call, engage in debate, and take seriously any issue raised,” Forrest said.

“I have no doubt the NSW property development and construction sector, along with buyers of newly built apartments, are better off for the effort and dedication of David Chandler.”

Prior to his appointment Chandler had worked in the property industry for four decades and was involved in the delivery of high-profile development projects, including Sydney’s Quay Apartments, Canberra’s New Parliament House, and Melbourne’s South Bank.

As an Adjunct Professor in the School of Computing, Engineering and Mathematics at Western Sydney University, Chandler founded the Centre for Smart Modern Construction.

He was the Deputy Chair of the BER Implementation review and is a regular industry commentator and presenter and was awarded an Order of Australia Medal in 1989 for his services to the construction industry.