Chandler, installed as the state’s first building commissioner in mid-2019, has been equipped with a raft of sweeping new powers—formally commencing in early-September—to prevent occupation certificates or strata plan registrations before defective buildings can enter the market.

Since late December, five projects have had prohibition orders slapped on them, barring people who have purchased apartments in the buildings from moving in.

One of the projects identified is being overseen by Toplace Group, headed by Sydney developer Jean Nassif. The developer holds a multi-billion-dollar pipeline of projects and has delivered more than 30,000 residences since 1992.

The development in question is its Skyview apartment complex in Castle Hill—which would include more than 960 apartments across five high-rise residential buildings above a shared basement.

In his order, Chandler said officers from NSW Fair Trading inspected the building on April 16 and found basement ground slabs had “extensive signs of cracking”. 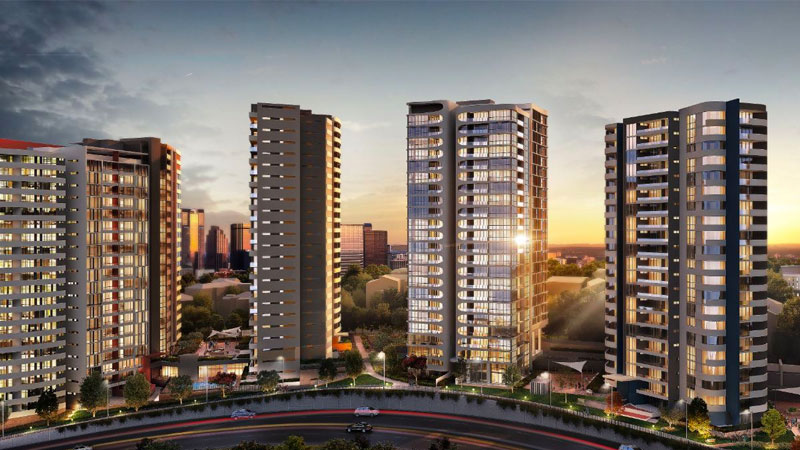 ▲ Five towers will be built by developer Toplace Group as part of their project in Castle HIll.

The commissioner said basement slabs were “not constructed in accordance with the approved structural engineers approved plans” and no “saw joints”, otherwise known as contraction points, were present in some sections.

Toplace said the remediation works, which it said were minor, had been inspected by three engineering firms and found to be compliant with the performance requirements of the National Construction Code.

Goldenia Developments, whose sole director is a founder of Western Sydney high-rise apartment developer Merhis Group, has also had its 16-storey apartment project, at 93 Auburn Road in Auburn, placed on notice.

The project has been subject to a number of complaints, after owners and tenants moved in, for failing to meet critical benchmarks in fire safety, structure, waterproofing and building enclosures.

A 22-apartment building, Green Hub, at 417-419 Pacific Highway in Asquith and projects at 12 Beaconsfield Parade in Lindfield and 563 Gardeners Road in Mascot were also prohibited from the issue of an occupation certificate. 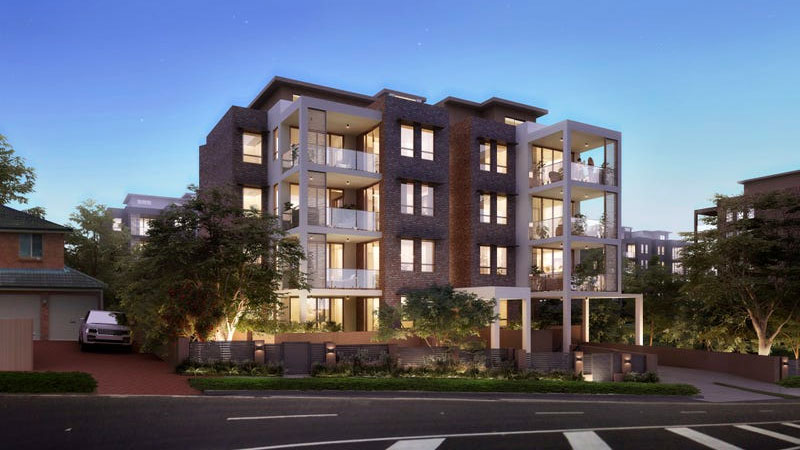 Chandler’s appointment was brought forward by the state amid growing concerns about apartment building standards.

A number of incidents prompted these concerns, including the evacuation of residents from the Icon-built Opal Tower at Sydney Olympic Park when cracks appeared in a 10th-floor precast concrete panel and longer-running non-compliant cladding issues in buildings such as Lacrosse in Docklands that caught fire in 2014.

The latter requires the registration of designers and engineers alongside practitioner declarations of compliance of their work. This Act also introduces a new Statutory Duty of Care to the homebuyer.

“The message needs to get through to developers who want to continue ‘business as usual’ and deliver poor quality buildings—there will be consequences,” Chandler said.

“The root cause of a lot of these problems is a lack of adequate design and quality construction control, and I am no longer going to tolerate poor quality buildings being used as a vehicle to force consumers to purchase or settle on new apartments.

“The importance of an occupation certificate in NSW is that consumers can’t be compelled to move from being a depositor to an owner unless there is a certificate in place.”

There are six working groups, or pillars, that the Building Commissioner has convened to look at.

“We’d expect to be receiving 100 to 120 notices a month going forward and we’d be expecting to see eight to 10 projects in a typical month to commence an OC audit,” Chandler said.

Chandler’s powers apply to the construction of buildings as well as existing buildings built in the past 10 years.