Demand for office space has continued to surge in the tightly held fringe office market of North Sydney, now recognised as one of the most expensive in the country.

Net effective rents, which are not supported by incentives and are payable in a normal market, have surged to $520 per square metre per annum in North Sydney over the first three months of the year, according to CBRE.

Comparatively, net effective rents in Parramatta are falling, sitting at $380, and Macquarie Park in Sydney’s north-west are at $302.

Incentives for office space in North Sydney remain elevated at 35 per cent but low in comparison to Brisbane’s inner city and Crows Nest where incentives are 45 per cent and 38 per cent respectively.

CBRE head of office and capital markets research Tom Broderick told The Urban Developer businesses looking for new office space were now willing to pay on average 9.3 per cent more on a square metre basis compared to their previous premises.

“North Sydney has become the next best option for major corporates who want to expand,” Broderick said.

“I think the success of the North Sydney market has been due to the constrained land availability in the Sydney CBD, which has restricted supply.

Once a ghost town with close to 20 per cent vacancy rates, North Sydney has become a hub for both traditional financial and insurance services, and the less CBD-based traditional sectors of the media and IT industries.

Pulling them across the harbour and away from the CBD has been North Sydney’s strategic location, relative affordability and access to transport.

The lack of supply in premium grade offices has also dropped dramatically in recent years with vacancy plunging from 17.7 per cent in 2020 to just 6 per cent currently.

Developers have also been quick to identify the suburb’s growing reputation as a new commercial centre and low office supply in recent years with no fewer than ten new office towers proposed or under construction.

Big players including Lendlease, Pro-Invest and Thirdi are among those bedding down in North Sydney.

Stockland has also increased its presence in North Sydney with a proposed $1.3-billion redevelopment of its 110-122 Walker Street site.

Once completed in 2024, the Hassell-designed site will be a 64,000sq m, 55-storey office and retail skyscraper boasting state-of-the-art working practices.

Another site nearing completion is the 50-level commercial development at 88 Walker Street by developer Billbergia. 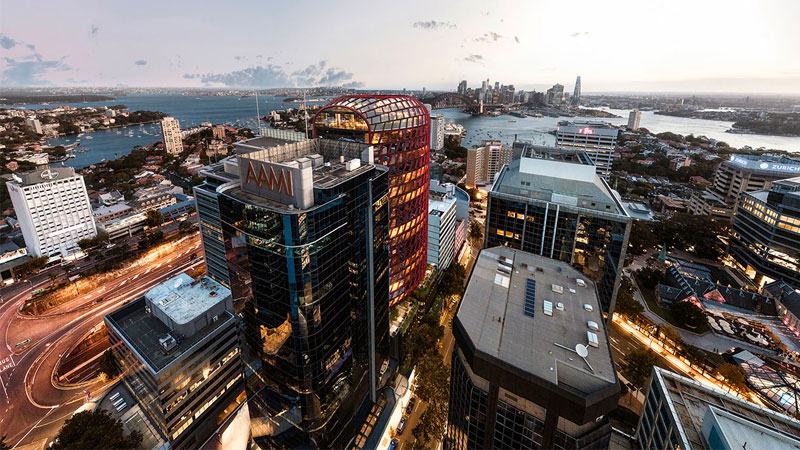 ▲ Thirdi and Toohey Miller recently won approval for their North Sydney $650-million commercial tower with a completion date slated for 2025.

After a record amount of new supply hitting North Sydney’s office market last year there is now a shortfall of commercial development expected, with only two projects slated to begin in 2023.

The only other significant committed development is Lendlease’s Victoria Cross development slated for 2025 which is expected to dramatically improve the suburb’s transport infrastructure and connectivity.

“There has been early evidence that face rents are starting to accelerate across the country, as construction cost pressures start to impact on economic rents for new developments,” Broderick said.

“The significant amount of construction across residential, commercial and infrastructure combined with supply chain issues is putting upward pressure on costs.

“Supply is expected to be relatively steady over the next few years before dropping in 2025 with the big unknown the significant amount of mooted projects with target deliveries in 2026 onwards.”

“This could tighten the national vacancy rate in the medium term as less supply comes to market in those years.”

Businesses have been grappling with the balance of asking staff to return to the office as workers face commuting costs and escalating fuel prices and increasing cost of living pressures. 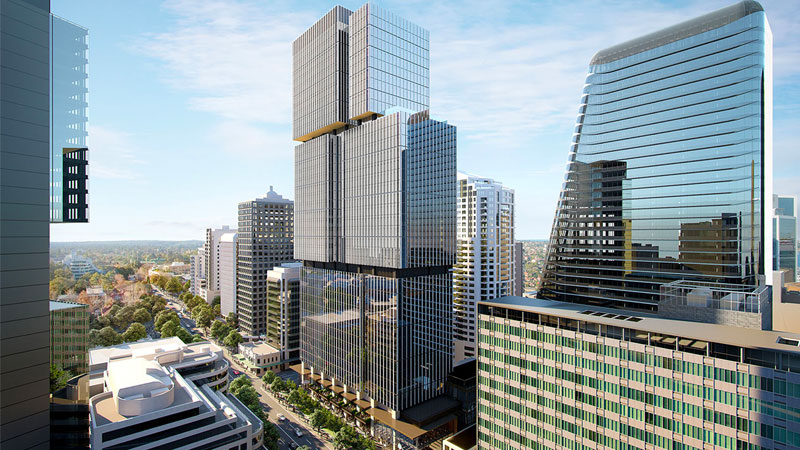 ▲ Lendlease is delivering a $1.2 billion North Sydney skyscraper that will soar 42 levels above the Victoria Cross Metro station.

Businesses, alongside the state government, have been actively trying to help encourage employees to make the commute.

The City of Sydney, for example, has been recently partnering with office landlords, building mangers and businesses to promote a range of free and ticketed events and activities to employees—including visual art, live music, cultural events and performances.

Council is also showcasing activities city workers can to do in their lunch break individually, or to reconnect socially with colleagues or clients as part of their workday.

Broderick said, following a recent occupier survey, he had been encouraged by the vast majority of local respondents planning to return to the office full-time by the end of the year.

“About two-thirds of local respondents said that they are already encouraging a return to the office while the remaining third is more willing to allow an organic return,” Broderick said.

“This confirms what we have heard on the ground that corporates in Australia are less willing to mandate returns, and would prefer more of a gentle approach.

“We think one way they are looking to drive this organic return to the office is by upgrading their space, by offering a better experience in a better building.”

While the Sydney CBD office market remained relatively flat over the first quarter, some 27,800sq m have been taken up in extra space over the past year.

The vacancy rate fell 0.2 percentage points to 12.3 per cent over the first quarter as some building space was withdrawn.